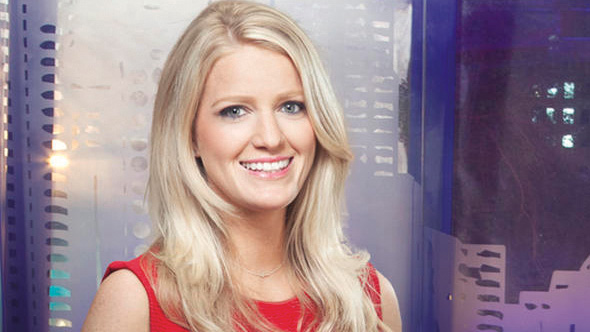 Vanessa Herrera is a role model for any student hoping to break into the highly competitive career field of broadcast journalism. The young alumna jump-started her career right after graduating from Cal State San Marcos in 2011. In fact, just three weeks after walking across the stage at commencement, Vanessa, a communication major, was packing up her car and on her way to Bakersfield to start her first professional position as a freelance reporter at KBAK and KBFX Eyewitness News.

“To break into broadcasting, you have to be open to taking any position you can get at first,” she said. “I was lucky to land this position and get my foot in the door, but it wasn’t easy.”

Shortly afterward, she accepted her first full-time position at KECY-TV in Yuma, Ariz. as a multi-media journalist and newsroom operations manager. However, the bilingual San Diegan native always knew that she wanted to move back home. Finally, in November 2013, she accepted the position she had been dreaming of at NBC 7 San Diego.

“I started as a weekend reporter and after a few months became a full-time reporter,” she said. “NBC prides itself on hiring locals, and I consider myself extremely lucky because I absolutely love my job. Every day is something different.”

Broadcast journalism is more than being a pretty face on camera; it also requires a lot of skill and talent. As a reporter, Vanessa shoots her own video and interviews, writes and edits stories for multiple platforms, gathers and verifies factual information, gives live reports on camera or prepares taped stories—and she does it all on a very tight deadline.

“You need to be comfortable on-air but also have the technical skills to back it up,” Vanessa said. “You can’t be scared to ask questions during interviews but you also need to have good people skills and a strong sense of journalistic integrity.”

She said that while her parents didn’t earn higher degrees, there was always an expectation that she would go to college after she graduated from Bonita Vista High School in Chula Vista.

“I took one class at SDSU and was overwhelmed by the class sizes,” she said. “I ended up transferring because I really wanted the chance to get to know my professors.”

In her senior year, Vanessa interned at Fox 5 San Diego.

“My number one piece of advice for students who want to break into broadcast journalism is to get an internship,” Vanessa reflected. “Internships give you on-the-job experience and a chance to ask yourself, ‘Is this what I want? Am I capable of this?.’”

Vanessa also advises students who dream of a career in broadcast journalism not to get discouraged if they don’t land their dream job right away.

“You really have to work at it,” she said. “I remember applying to dozens and dozens of news stations and never hearing back. The key is to network, network, network . . . and don’t be afraid to start at the bottom and work your way up.”

Tune in and watch Vanessa Herrera on NBC 7 San Diego weeknights or follow her on Twitter @VanessaNBCSD.