Overcoming Cultural Boundaries To Serve Others 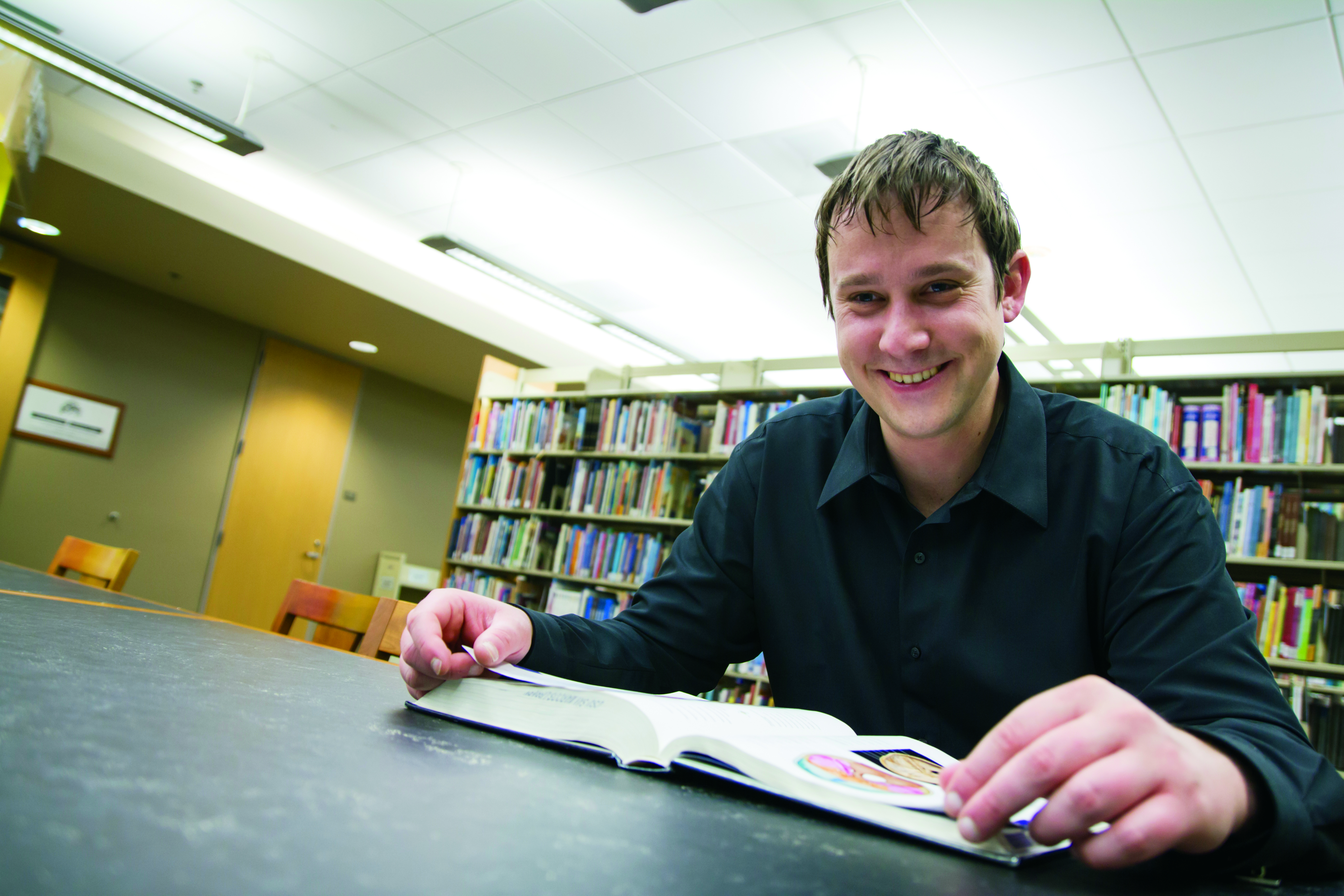 Living on three continents in three decades, CSUSM scholarship recipient Andreas Feia has had a long journey to college graduation.

Born to a Swiss mother and American father, his childhood was anything but ordinary. He spent five and a half years of his childhood in Nairobi, Kenya, where his parents served as missionaries, and the rest of his school years in Switzerland. As a “third culture kid,” there wasn’t a place he felt completely at home.

After completing secondary school and an apprenticeship program common in Switzerland, Andreas enlisted in the U.S. Navy in 2004 with the dream of working for the FBI. During his time stationed at Camp Pendleton, he was assigned to handle the operations of a base medical clinic. One day an overheated and hyperventilating Marine stumbled into the clinic needing help, and he realized he was the highest-ranking person present. Andreas snapped into action to treat his fellow service member and in the process realized how gratified he felt helping others and using his knowledge to provide relief.

After serving on active duty for five years, Andreas started his undergraduate education at MiraCosta College with the goal of pursuing a medical degree. Despite not looking or sounding much like an international student, he had to overcome a significant language barrier as he had no formal training in reading or writing English.

“Because all of my schooling was in German, my English vocabulary was limited at first,” Andreas admitted.

After completing his associate’s degree, he transferred to CSUSM in 2012 to pursue a bachelor’s degree in sociology.

“I chose to attend CSUSM because it is a teaching university,” Andreas reflected. I wanted to be able to develop relationships with faculty.”

Andreas describes himself as a very curious person with a broad range of interests. His studies in sociology have helped him understand more about his own cultures, as well as made him a more  well-rounded applicant for medical school. He is humbled and grateful to be the first recipient of the Senior Class Gift Scholarship.

”The scholarship is confirmation to me that my commitment to completing my education is recognized and valued,” commented Andreas.

Before heading off to medical school, Andreas plans to spend the upcoming year in Burma teaching english, math and science courses at the Chin Christian College. After pursuing his medical degree, he plans to return to the Navy as a medical officer.

For more information and to donate: www.csusm.edu/seniorclassgift