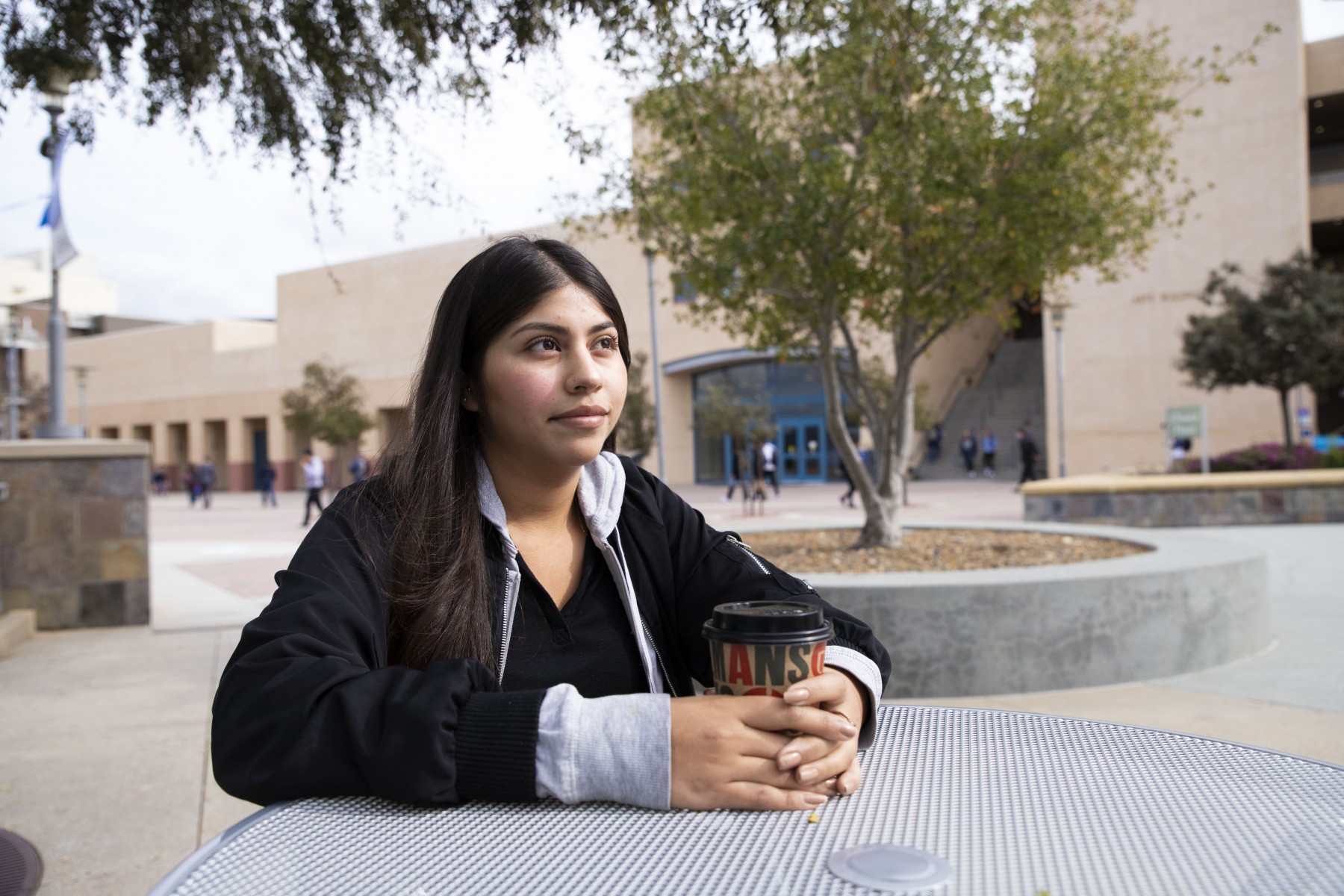 What Gives Your Life Meaning?
According to national statistics, 89 percent of college students haven't filled out an advance directive, a legal document that lays out guidelines for medical care if you become incapacitated.

When you’re a college student, the last thing you want to do – well, other than study for another final or write another term paper – is talk about the end of your life.

College students, or just young people in general, like to think of themselves as invincible, as immortal. The notion of death is too distant, too hypothetical, too unpleasant.

But end-of-life conversations don’t have to be only about dying. They can also be about living – specifically how you want to live.

This is where WGYLM comes in. The alphabet-soup acronym stands for “What Gives Your Life Meaning?” and it’s an annual campaign at Cal State San Marcos to increase awareness about palliative care and the importance of aligning health-care decisions with your personal values.

The idea is to get people thinking and talking about what is important in their lives, as a means of ensuring that loved ones know what to do in the event of a serious illness or accident – which, after all, can strike at any age, without warning.

The creators of WGYLM hope that those difficult discussions lead to action in the form of signing an advance directive, a legal document that has two components to it. First, you name a health care advocate who will speak for you if you become incapacitated and can’t speak for yourself.

Second, you specify the kinds of care that you do and do not approve. Do you want CPR? Do you want hydration? Do you want to be on a breathing apparatus?

It’s recommended that anyone over the age of 18 fill out an advance directive. According to national statistics, though, 89 percent of college students and 74 percent of adults haven’t done so.

“It’s important that people have the conversation,” said Sharon Hamill, the faculty director of the CSU Institute for Palliative Care at Cal State San Marcos. “Last spring, we had a campaign on campus, and part of it was: Will you pledge to have a conversation about what’s important to you? We’re not going to get a ton of people signing advance directives because it’s really personal, and it usually takes people a couple of times before they’re comfortable doing it. But we want the conversation started.”

Hamill recalled a talk with a female student about which family member she would name on her advance directive. The student said she would name her father, not her mother, because her mother wouldn’t let her die, no matter how many machines she was hooked up to and for how long.

Hamill told the student, “If you feel that way, it’s important that you talk with your mom about it now. You don’t want her finding out about that in an emergency room.”

Hamill says she encourages students to have tough conversations about quality of life and end-of-life decisions over the holidays, when families congregate together. For Christmas, she planned to give an advance directive to each of her three sons – ages 28, 26 and 21 – and their gift to her would be filling it out and giving it to their doctor.

“My youngest said, ‘You know, Mom, it just makes me go all existential,’ ” Hamill said. “I replied, ‘Well, it should.’ These are the kinds of things you need to let people know so that if, God forbid, something happens, we’re able to act in accordance with what you would have wanted.

“If you don’t ever tell anybody, then what are you going to do?”