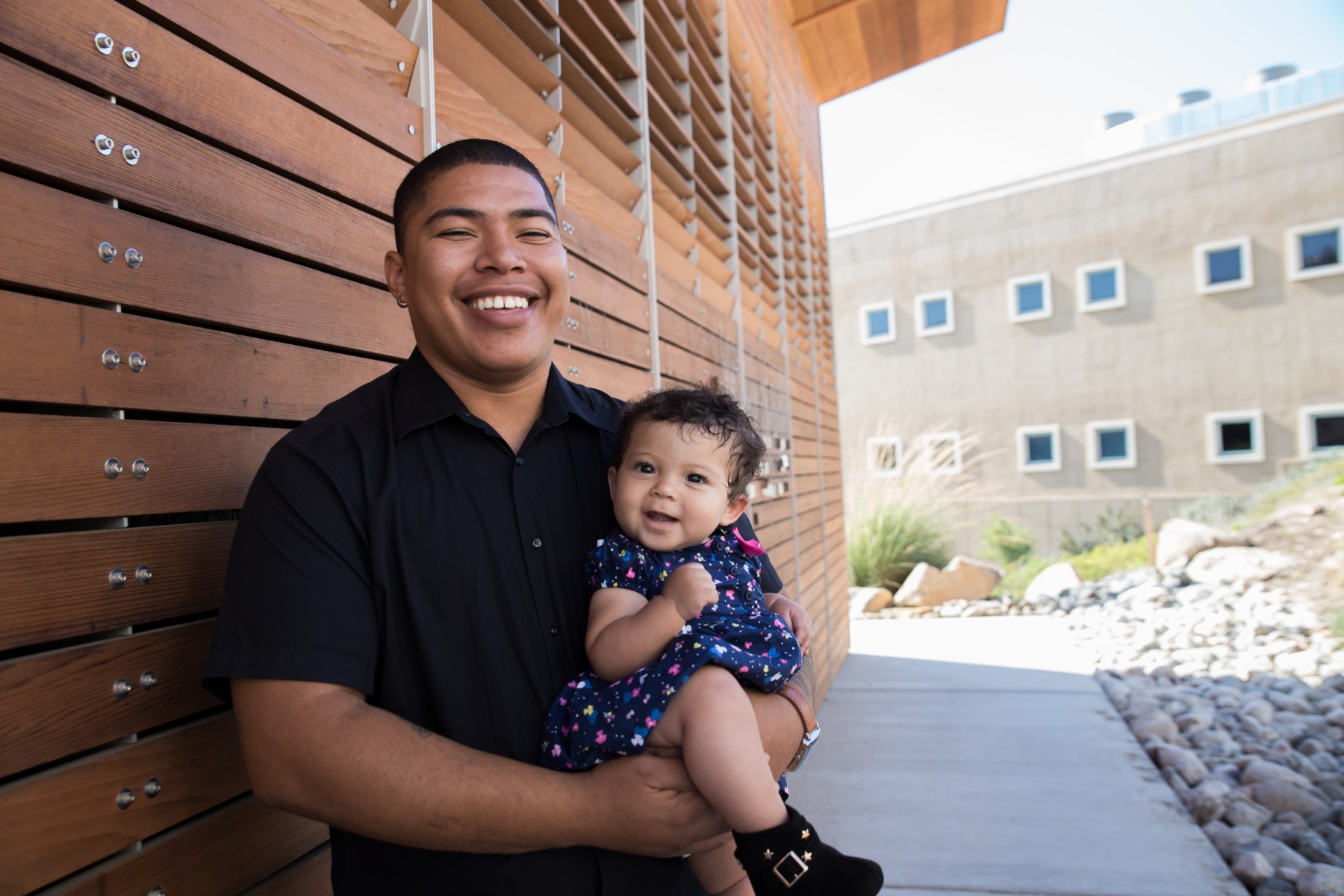 This time last year, Steven Sutherland was attending a Veterans Day ceremony at MiraCosta College that doubled as a memorial service for one of his friends at the college, a Marine veteran who had committed suicide two weeks earlier.

During the service, his emotions overcame him, and he broke down in tears. The crying, though, was not because Steven was distraught over his friend’s death, or at least not entirely so. It was because the vet had accomplished what Steven badly wanted to do, what he had tried and failed to do numerous times. He had ended his life.

On Thursday, Steven will be in a considerably healthier mental state as he participates in a Veterans Day ceremony that is significantly more life-affirming. During the event, which starts at noon at the Veterans Center, the Cal State San Marcos business marketing student and Air Force vet will read a poem he wrote back in 2014, when he had just returned from a deployment to Afghanistan and was struggling with depression and anxiety.

The poem, called “22,” was written in dedication to fellow military veterans who either have committed suicide or been beset by thoughts of it. The title is a reference to a 2012 U.S. Department of Veterans Affairs report that found that an average of 22 veterans a day take their own lives.

As he reads the poem, he will look out upon his 8-month-old daughter, Julianna, the little girl who has helped save Steven from himself.

“There were times before I had my daughter that I thought she would be better off without me,” he said. “Some of the verses in the poem show the reality of what veterans are leaving behind.”

Steven grew up in Oceanside, just outside Camp Pendleton, the son of a Marine who worked in communications. Steven wanted to be a Marine just like his father, but Richard Sutherland forbade it – the Air Force became the compromise choice.

As excited as he was to join the military, Steven couldn’t help wondering what he had signed up for when he was assigned to Eielson Air Force Base outside of Fairbanks, Alaska. The culture shock was profound. Steven remembers the closest Walmart being 25 miles away.

“If you live there, you would call it civilization, but it’s nothing like down here,” he said.

Trained as a military police officer, Steven performed duties that included law enforcement and security on base. After a deployment to the United Arab Emirates in 2012, he was recruited as part of a team to be attached to an Army unit responsible for personal security detail for Lt. Gen. Kenneth Tovo, who was second in command of U.S. forces in Afghanistan.

Because of who he was protecting, Steven generally stayed out of harm’s way, and unlike many of his military mates, he did not develop post-traumatic stress disorder from his time in the service. Rather, a general feeling of depression that he long had suffered from became exacerbated by his experience in the Air Force. 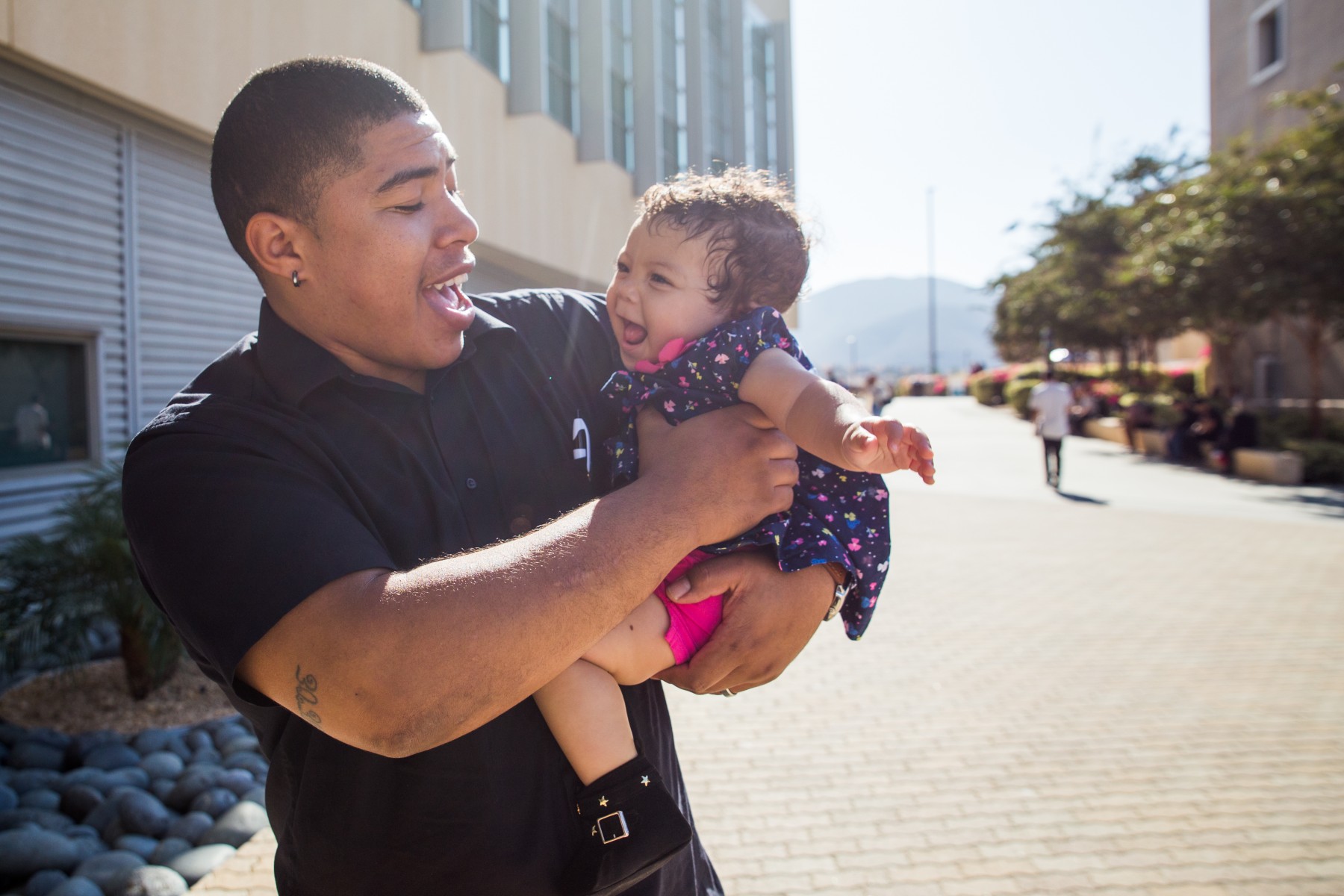 “I always held myself to a really high standard, and that had a lot to do with the military,” Steven said. “I thought I had to be the best no matter what I’m going through. I expected perfection. As I was trying to live up to that and the military code, I realized how hard it can be. As I felt like I was falling short in certain areas of my life, I thought I was a screw-up, that I was worthless.”

His inner turmoil grew even worse when he returned from Afghanistan and was transferred to a base in Little Rock, Ark. For his 22nd birthday, he hosted a party at which he provided alcohol to some underage friends, a couple of whom proceeded to get in a fistfight. The group tried to keep the incident quiet, but after Steven’s involvement was discovered, he was demoted in rank. Only a week later, his then-girlfriend was sexually assaulted by some of his Air Force friends, and Steven blamed himself because it happened after he had left her alone following an argument.

“That’s when I was in a depressive state because I was in trouble and I felt like I had to get out,” he said. “That was when I wrote the poem.”

Steven requested and was granted a voluntary separation from the Air Force, and he moved back to Oceanside in 2015 to be around his support system of family and old friends. But his suicidal impulses did not abate. Over the next couple of years, he estimates, he tried to kill himself more than half a dozen times, including a few in which he attempted to jump out of a moving car driven by the woman who’s now his wife, Gina.

Everything came to a head last Veterans Day. After the memorial service for his friend at MiraCosta, where he was earning two associate degrees, Steven tried to buoy his spirits by playing in his usual weekly football game with fellow veterans. It didn’t work. As he was driving to his job as a waiter at a sushi restaurant in Carlsbad, he pulled off into a Home Depot parking lot, where – with a Monster energy drink in one hand and a bummed cigarette in the other – he hatched a plan.

“I felt my heart beating and my face pulsing,” Steven said, “and I remember thinking to myself, ‘OK, here’s what I’m going to do. I’m going to go as fast as I can on the freeway, top out, and then slam the brakes and turn the wheel, wait for someone to hit me.’”

First, though, he called a veteran friend from the football game, who told Steven just to go to work, that he would come by to talk to him. The friend, Javier Guerra, instead brought the whole football team, and some of them stayed at the restaurant for almost four hours until Steven’s shift was over. They told him that not only did he need to seek help, but he also needed to check in with them regularly so they could hold him accountable.

“Making that call saved my life,” said Steven, who wrote another poem titled “Angels in Disguise” about that night. “That was the turning point.”

He had gone to therapy before, but now he enrolled in the Veterans Choice Program that would allow him to use an outside doctor rather than endure the long waits through the VA. Traditionally reluctant to try medication for his depression, he broke down and started taking a generic version of Zoloft.

Just as importantly, he grew in his faith, becoming more involved in his church, Grace Church in Oceanside. And, of course, Julianna came along, on Feb. 19.

These days, Steven feels as if he has tamed his mental demons. He married Gina, who graduated from CSUSM with a marketing degree six years ago, in January 2017. He’s in his second semester at CSUSM, and with his wife working full-time, he loads up his classes on Mondays so he can help take care of Julianna the rest of the week.

“This girl is my best friend,” he said as he cradled his daughter in his arms during a recent day on campus. “There’s never been a day that I’ve thought of suicide since she’s been here. And I don’t see myself ever going back.”

22 are my brothers who couldn't defeat it.

22 are the families that will feel the sorrow.

22 of my sisters who pulled the trigger; now it's 22 blessed.

22 of my family members who hung themselves just to choke.

22 is survived by his two daughters, wife and son,

because 22 couldn't put down that gun.

22 wrote a will to their next of kin

it's 22 who lost that battle within.

that's 22 warriors who grew their wings and flew away.

22, because they feel like they have nobody to talk to.

22, remove that barrel from your head

because it's not just you who pays the price once you're dead.

I was almost 22 on multiple occasions

because I dealt with those mood disorders and constant frustrations.

And I thank God I was strong enough to eject that round.

because tomorrow may be their last,

not because they died a coward,

but because they struggle with their past.