Icons of CSUSM: The Stories Behind Building Names

While walking under the rotunda of Craven Hall, studying in Kellogg Library or getting your heart pumping on Mangrum Track and Field, have you ever wondered about the history behind the names of CSUSM's iconic buildings and landmarks?

Transforming one of the largest egg ranches in the world into a modern campus ready to lead innovation in the 21st century, took vision and a lot of heart. Even before the University’s founding in 1989, prominent community leaders and philanthropists recognized the potential reach and impact of CSUSM. Today, six of the University’s buildings and facilities proudly bear the names of some of those visionary trailblazers.

CRAVEN HALL
The Father of CSUSM

Fondly dubbed the “father” of CSUSM, Senator William A. Craven was a tireless advocate for North County. The former U.S. Marine, who served in World War II and the Korean War, began lobbying for a public university to be built in the region long before he was elected to the State Assembly in 1973. 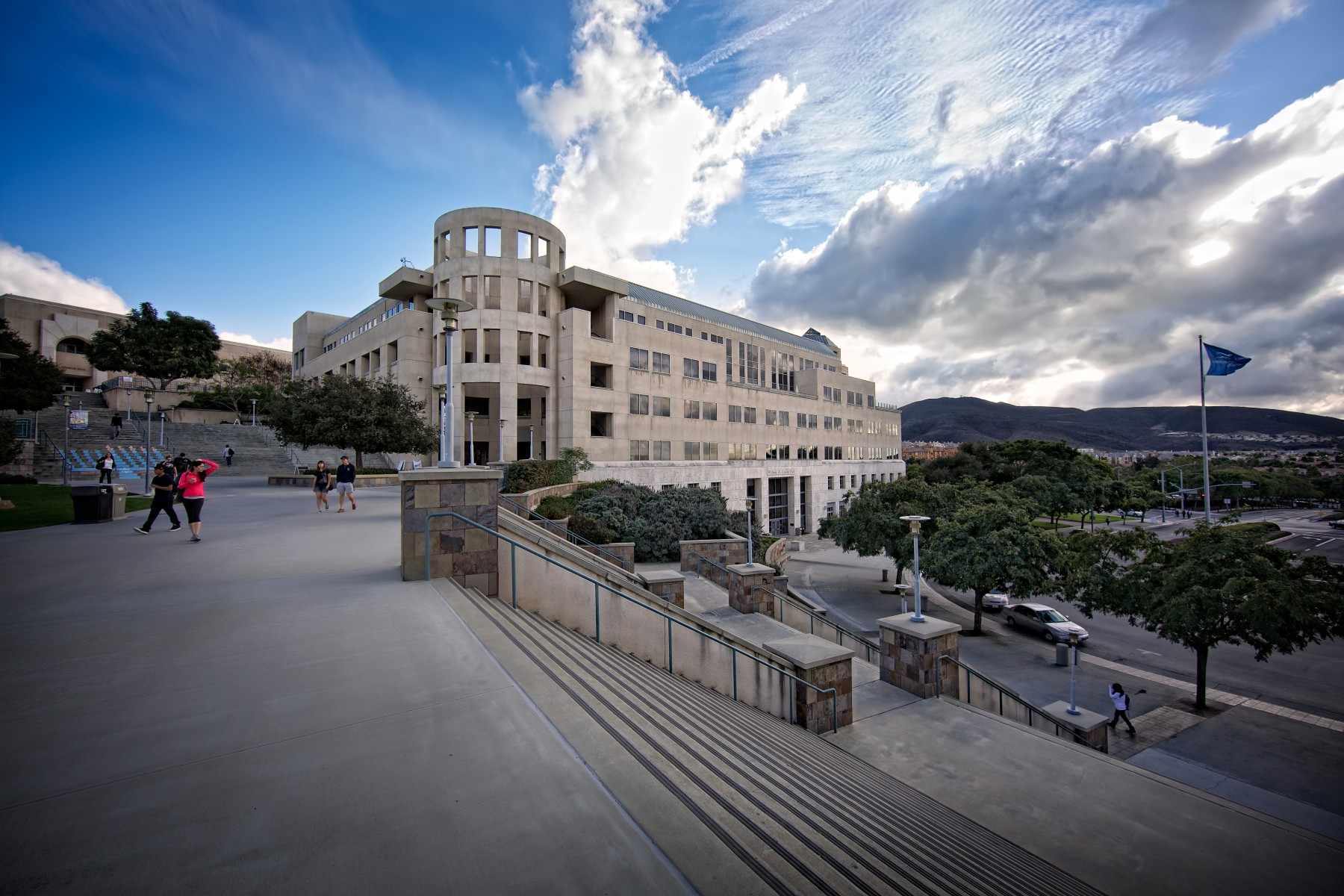 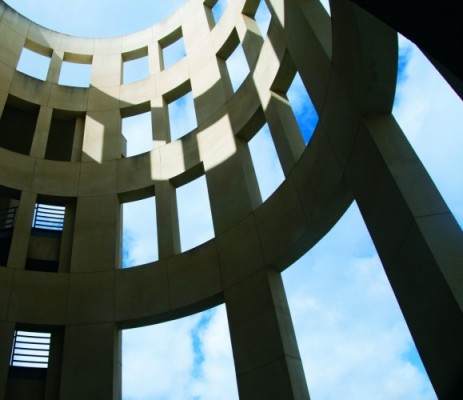 Working with local business and civic leaders, in 1978 the then- Assemblyman Craven obtained state funds to begin a satellite campus; but he didn’t stop there. Over the next decade, Craven used his finely honed legislative skills in Sacramento to push for a new campus. Until finally, in 1989, then-Governor George Deukmejian approved through legislation (SB360) and signed into law the creation of California State University San Marcos. At the time, CSUSM was the first public university nationwide to be built in 25 years.

Of all of his civic endeavors over his long and illustrious career in public service, to Craven, establishing Cal State San Marcos was his crown jewel. Named in his honor, Craven Hall is one of the most prominent buildings on campus. The flagship administrative building is flanked by an iconic rotunda, which is featured in the University’s logo and is the most recognizable architectural design on campus.

When the Department of Athletics was still in its infancy at CSUSM and needed a starting point–literally–for its first cross country and track and field teams, Bob and Ruth Mangrum helped build a field of dreams. The Mangrums, who are among the first 100 Founders of the University, provided the vision, leadership and support to construct an Olympic-class soccer field and track. 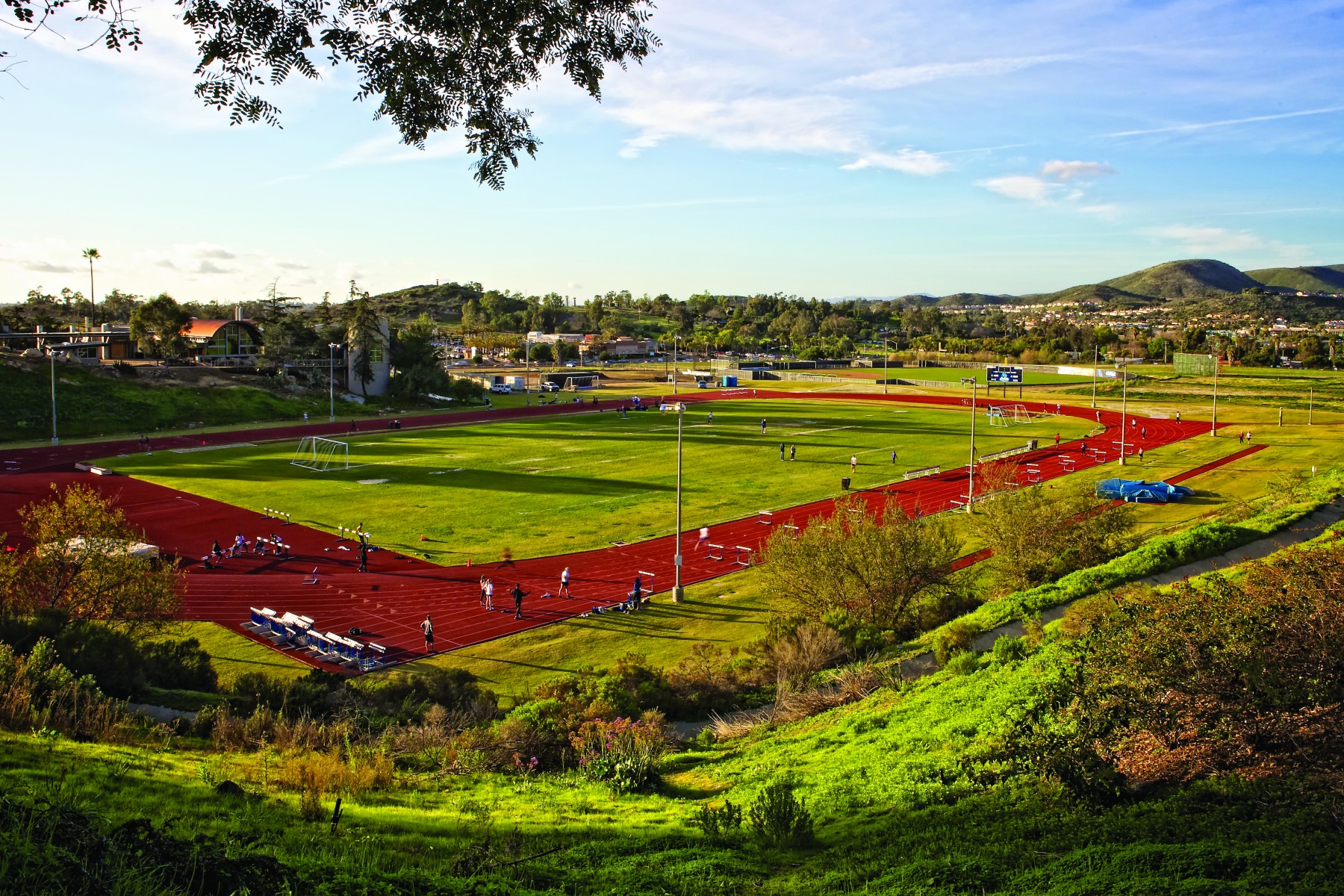 Named Mangrum Track and Field, the new athletic venue opened in 1999. With the new track, came a new coach, thanks to Bob, who was instrumental in recruiting Head Coach Steve Scott, a U.S. Olympian and one of America’s greatest milers, to campus. Today, the field that started athletics at CSUSM hosts a wide variety of events, including the annual Mangrum Track & Field Invitational and the University’s Commencement Ceremonies.

Avid runners and champions for student athletes, the Mangrums' generosity goes beyond the playing field. The pair have supported several educational programs, established student scholarships, served on numerous advisory boards and even helped bring one of CSUSM’s most prominent landmarks to life: the Academic Hall clock tower. 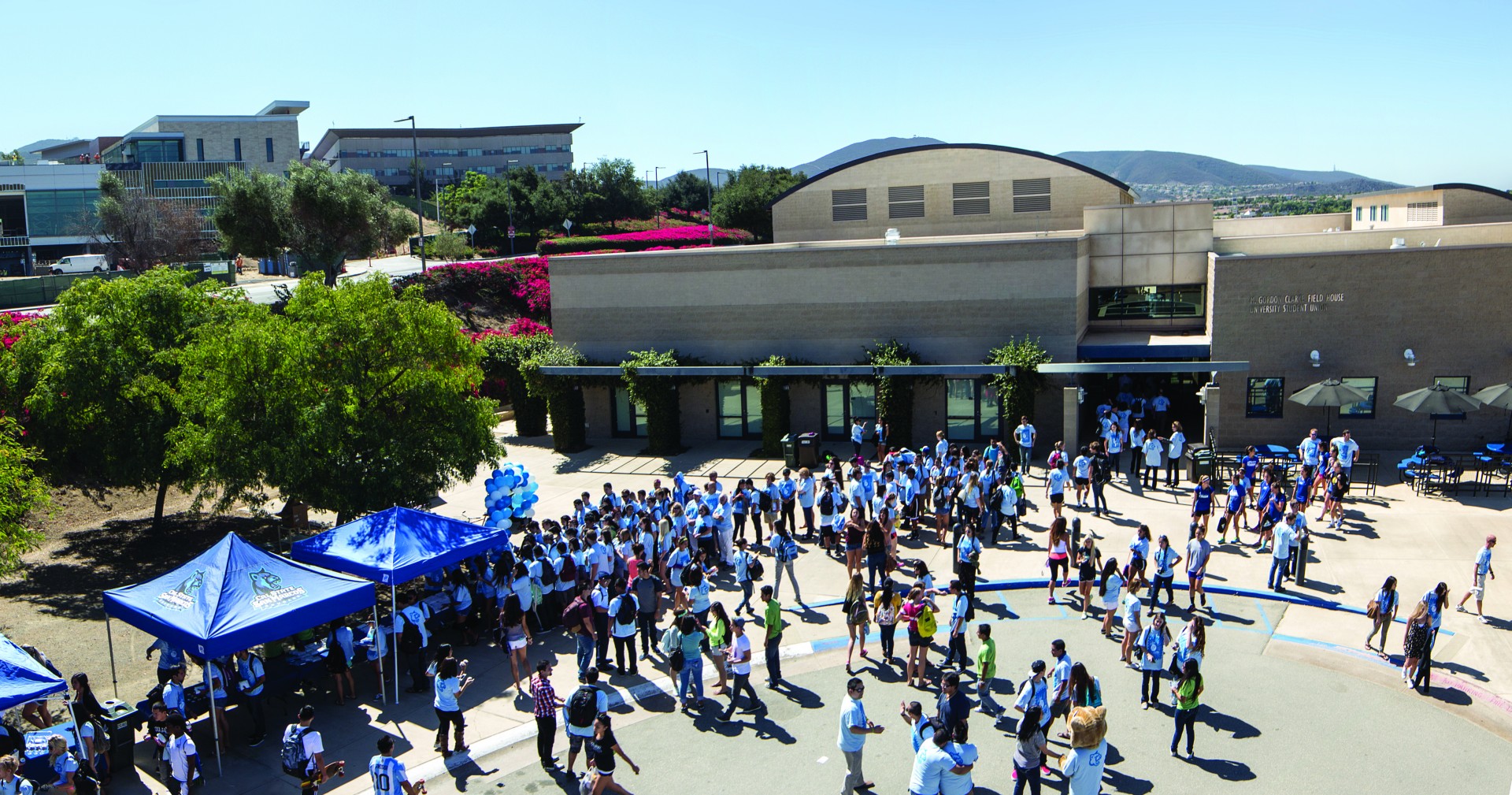 In 2005, largely funded by student fees, a generous $3.8 million gift by Helene Clarke helped outfit the building with modern amenities and provided scholarships for student athletes. The Oceanside resident and sports fan bequeathed the gift to CSUSM in honor of her late husband, M. Gordon Clarke, who was a former college athlete.

Completed in 2003, the building features a fitness center, gymnasium, locker rooms, a catering kitchen, conference rooms and office space for Campus Recreation and Cougar Athletics. For ten years, the building also served as the first student union on campus, until 2014 when CSUSM opened its new 89,000-square-foot University Student Union just south of The Clarke.

Ken Markstein is not only a product of the Cal State system (as a 1974 graduate from San Jose State), but he and is wife, Carole, are strong believers in its mission–calling CSUSM and its sister campuses “the backbone of California’s higher education.” 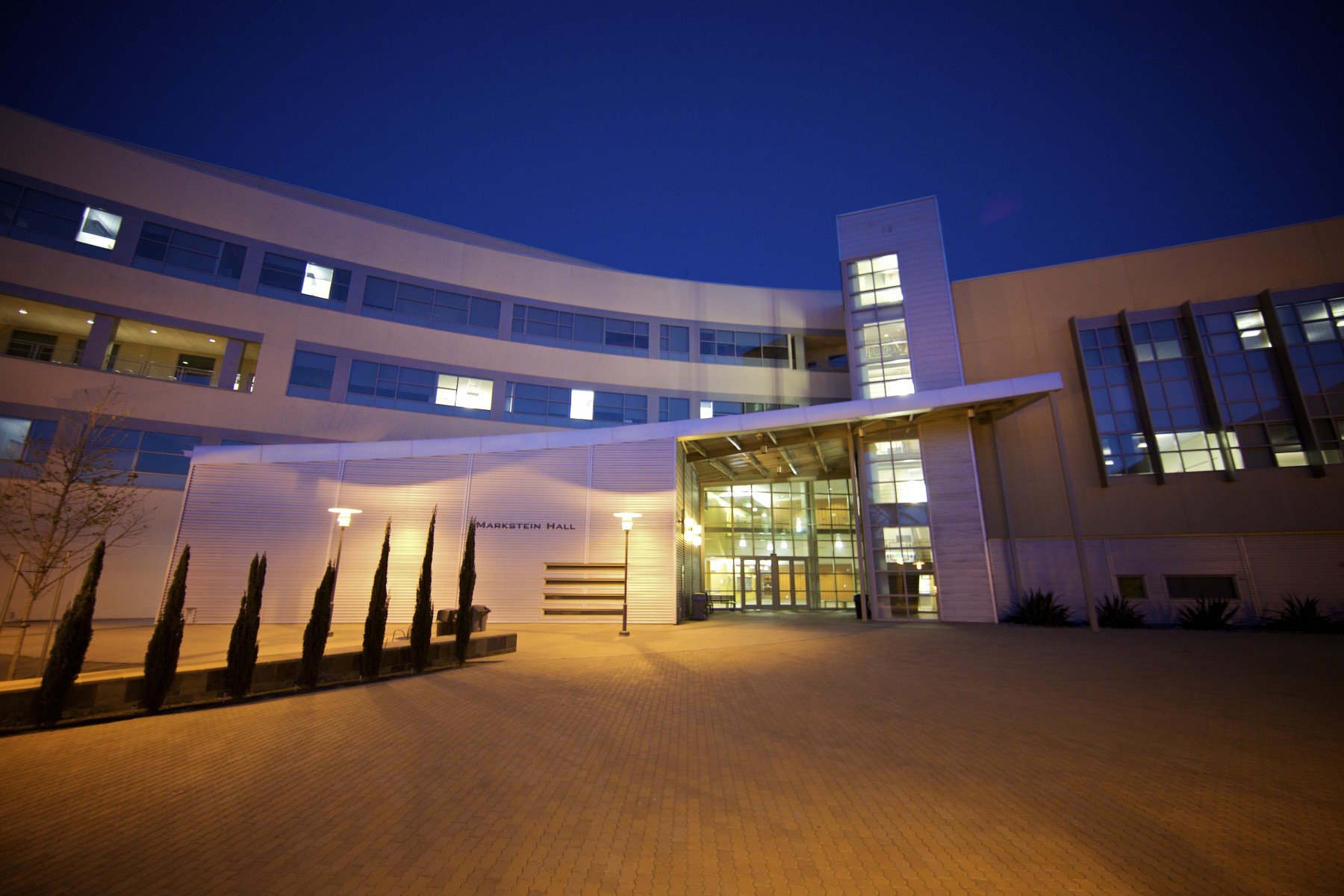 When CSUSM was first established, the owners of the San Marcos-based Markstein Beverage Co. saw the importance of helping build a strong program for business students and began to talk to the University about ways they could support its efforts. In 1991, the Marksteins established one of the first scholarships for business students. Soon, Ken was serving on advisory boards, lending his expertise to grow the College of Business Administration and the University’s philanthropy.

When Ken's father, who had started the family business, died in 2004, Ken decided to honor his father and the strong business legacy he had established. Their generous gift of $5 million enabled the University to integrate cutting-edge technology and furnishing upgrades for its premier business building, which was opening in 2006, as well as provide additional support for student scholarships, program development and recruitment of first-rate faculty. Named in their honor, Markstein Hall has become the central hub of business leadership in the region.

THE MCMAHAN HOUSE
Blurring the Property Lines of Campus

Sharing the collective vision that public universities are interwoven with the community, both reaching out to serve while simultaneously drawing the region in, Richard and JoAn McMahan helped build a venue that carried that tone and blurred the properties lines of campus. The result became The McMahan House, a special event venue for business retreats, community meetings, conferences and even picturesque weddings.

Proud owners of McMahan Furniture Co., Richard and JoAn expanded their family furniture business to more than 100 stores throughout six southwestern states. Lifelong learners and passionate advocates for education, the McMahans took great pride in the longevity and workplace satisfaction of their employees. Creating an event center that blended their knack for business with their love for education made sense.

Located on the same knoll where the Prohoroff family once lived (the owners of the poultry farm that once occupied the land where CSUSM is now located), The McMahan House features a suite of special event venues and conference centers anchored by a central courtyard with panoramic views. The existing cactus surrounding The McMahan House were part of the Prohoroff’s personal gardens and were preserved during the construction of the property to honor the history of the land.

During the ribbon cutting ceremony in 2009, President Haynes said, “The edges of our campus are becoming blurred as we reach out to our neighbors and work together with them to create a better quality of life for all of us.”

The future site for a library was little more than a hillside of rocks when Jean “Janet” and W. Keith Kellogg II of Rancho Santa Fe pledged their support to help CSUSM build a permanent library on campus. 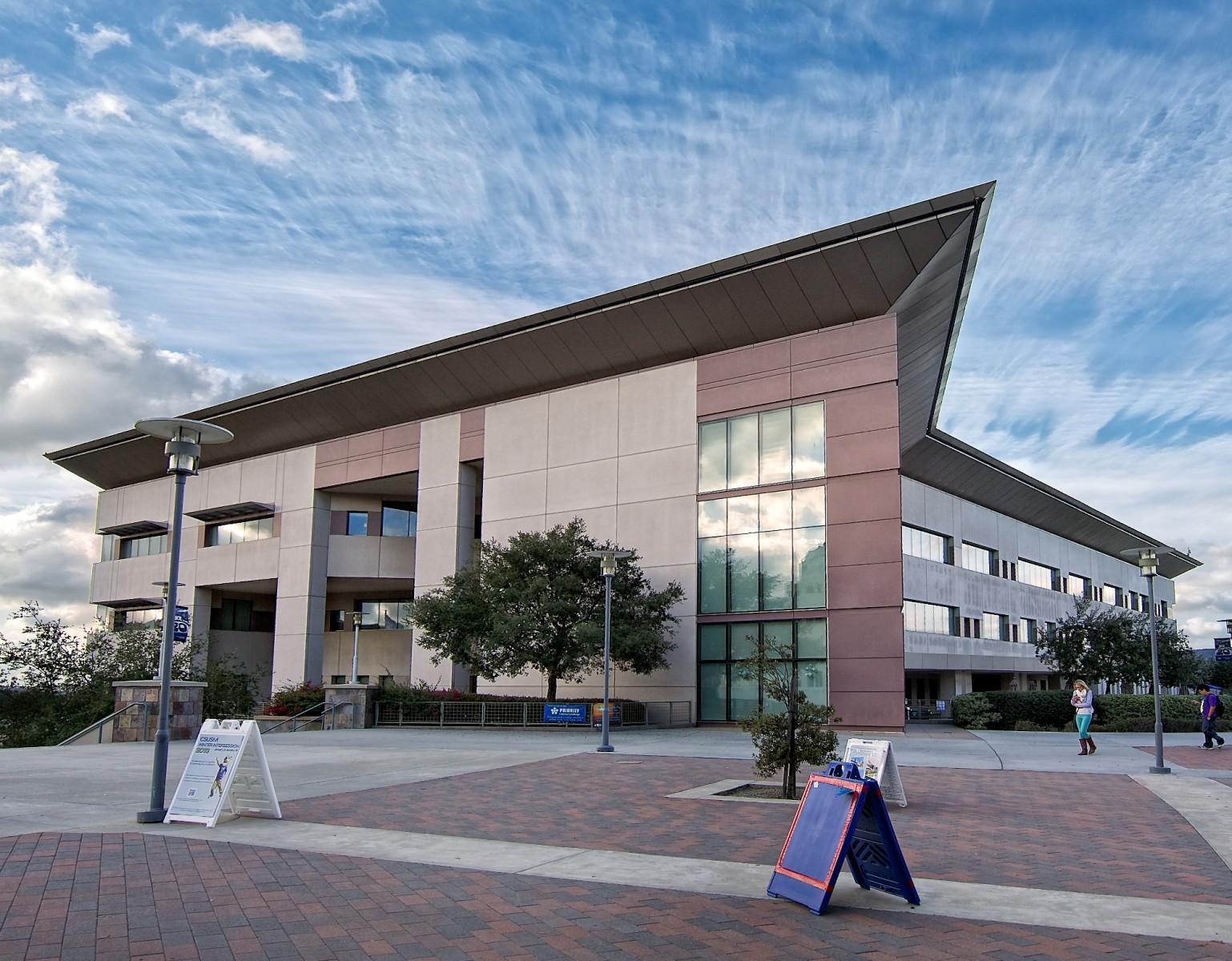 The namesake and grandson of cereal magnate W.K. Kellogg and a retired packaging-company owner, Mr. Kellogg and his wife took great pride in nurturing the growth of CSUSM. From establishing an endowed scholarship to funding innovative campus initiatives, the Kelloggs were passionate advocates for the University. 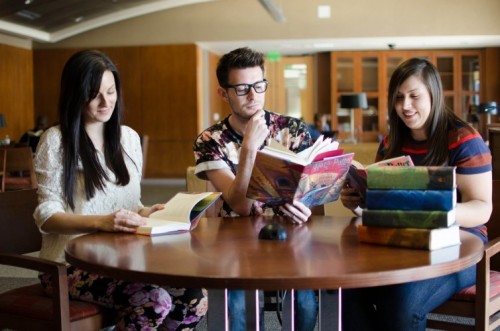 After a failed bond proposition delayed construction of the library in 1994, the support of the Kellogg family helped jump-start the project and redefine the standards for a modern university library. The five-story, $45 million Kellogg Library is the largest building on campus at 200,000 square feet–and the largest library in the 23-campus California State University system. The building is part of a new era in academic support for students featuring professional-grade production studios, technology centers, collaborative learning spaces and a faculty center. Kellogg Library is nearly seven times bigger than the temporary space the library occupied within Craven Hall from 1992 to 2003.

Soon after the library opened its doors in spring 2004, W. Keith and Janet Kellogg toured the new space and were greeted by an impromptu and heart felt standing ovation from students, faculty and staff. Today, the Kellogg children and grandchildren often visit the library named in their family’s honor.

Icons of CSUSM: The Stories Behind Building Names