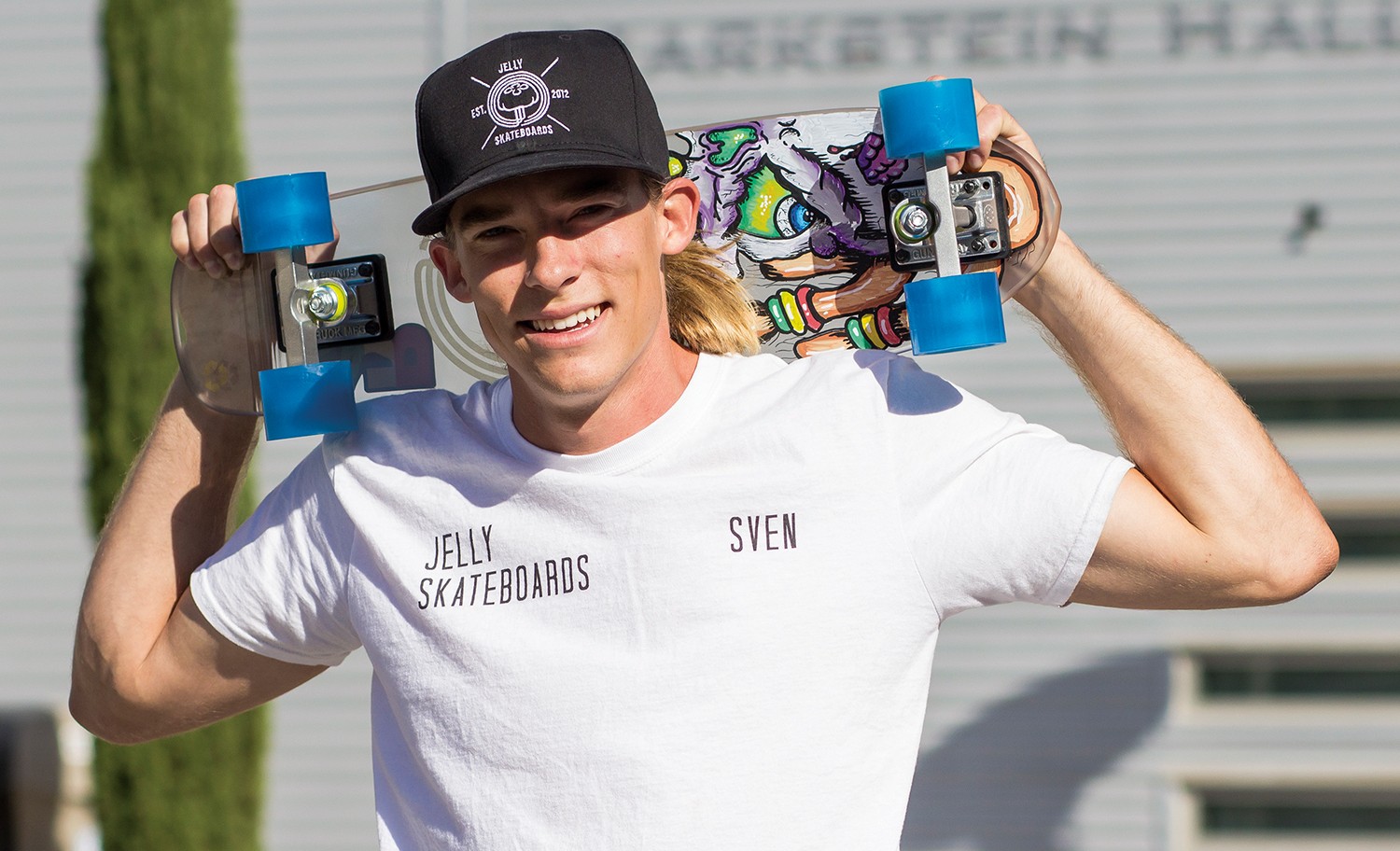 Sven-Anders Alwerud launched his business from a study room at Cal State San Marcos. Less than three years later, Jelly Skateboards are featured at some of San Diego County’s leading skate and surfboard shops. Revenue has more than tripled year over year, and Sven’s company has been valued at more than $400,000.

"It’s crazy," he said. "I never thought any of this was possible."

Sven is one of many students in CSUSM’s College of Business Administration who have evolved into successful entrepreneurs by translating lessons learned in the classroom into tools that help them build their brand.

"We encourage our business students to take calculated risks and put into practice what they’ve learned in a classroom."

Brenda Anguiano is a mother of two who transferred from Riverside Community College to CSUSM’s Temecula campus last spring to study business, not long after buying a Charley’s Grilled Subs franchise at The Promenade Mall in Temecula. Her thinking?

"My business is thriving because of what I’m learning in the business program," said Brenda.

What Brenda learned was that she was a micromanager. Now she is focusing on the bigger picture, marketing and how to make sure her customers are satisfied and her employees are motivated.

"I’ve learned to value my employees, to reward them, and they’re happier now. That results in better customer service, which in turn results in people coming back with their friends and family."

Gross sales receipts are near the top in the mall’s food court. Satisfaction surveys are the highest for a Charley’s Grilled Subs franchise in the region.

Brenda also learned to become part of the community by taking part in school fundraisers and mall promotions, offering free meals, for example, for students of the month to get new customers into her restaurant.

Sven became an entrepreneur by chance. When he was attending high school, he and best buddy Cody Leuck were looking for something different in a skateboard. "So one day, we decided to make a clear board. My dad is a robotics engineer, and he suggested we use bulletproof glass. We had no aspirations of starting a company–we were only 15."

When Sven began attending CSUSM a few years later, "I grabbed the clear-deck skateboard and started riding it around. People started asking me where I got it, and asking if I would sell them."

Sven and Cody decided to make two new, improved prototypes. "It was perfect. I started riding around and people were taking notice," said Sven.

He consulted with several CSUSM professors for tips on running a business and forming a corporation. Jelly Skateboards was born.

Said Cherry of his students: "They took a step off the edge and into the unknown of running their own business and selling their own product."