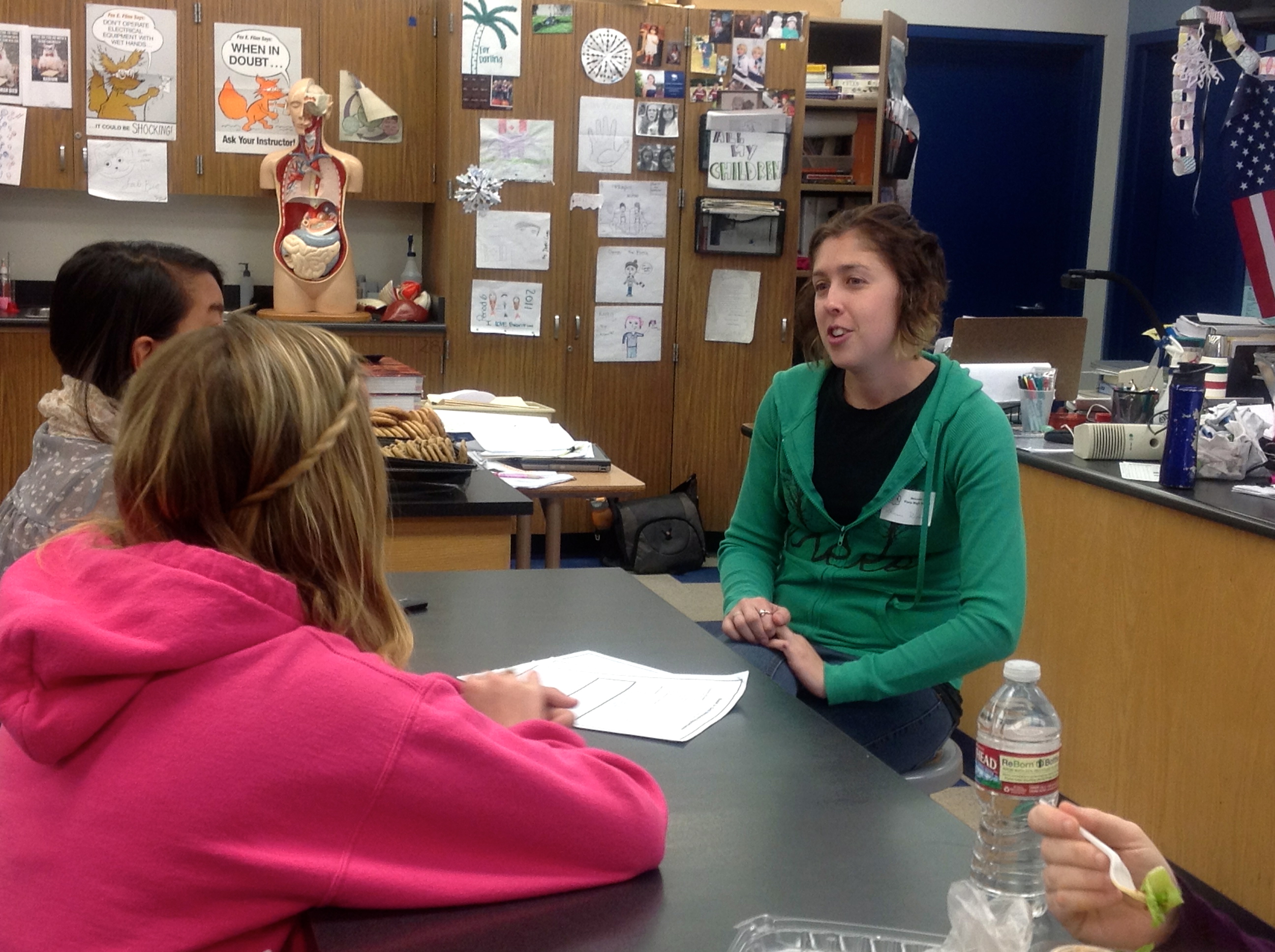 A career in science was just about the last thing on Rhianna Rodea's mind when she graduated from high school. It wasn't until she took an introductory chemistry class during her sophomore year at CSUSM that she discovered her true passion and began an unexpected journey from business major to budding scientist.

Despite delaying her graduation by several months, Rhianna is convinced that switching majors was the right decision."You have to be passionate about what you do,” she told a group of students during a recent outreach event at Vista High School. "My [science] classes are more difficult, but it’s worth it!"

The Science Technology Engineering and Math program at CSUSM (STEM @ CSUSM) hopes that Rhianna's story, and those of other science and math majors, will convince local high school students to pursue STEM-related degrees at CSUSM.

STEM @ CSUSM is an education and outreach program funded by the National Science Foundation’s STEM Talent Expansion Program, the American Physical Society’s PhysTEC project, and the CSU Mathematics and Science Teacher Initiative. Their goals are to foster excitement and interest in STEM education through CSUSM science and math programs, the STEM tutoring center and other support services, K-14 outreach activities, and STEM teacher preparation efforts.

After a 2011 research study revealed a lack of awareness of the University's science and math programs, CSUSM launched the STEM Ambassador program, which connects undergraduates with local high school and community college students. By interacting with these students during after-school clubs, field trips, classroom demonstrations and other events, the ambassadors increase students’ familiarity with research opportunities at CSUSM and raise the University's STEM profile.

This past spring, the STEM program also added a series of informal lunchtime programs called STEM Cafes to the menu of outreach offerings. Each month, teams of five or six ambassadors visit Vista and San Marcos high schools to engage small groups of students in discussions about undergraduate research, college life and career opportunities. Turnout at both locations has been even greater than expected, and the feedback from students and teachers indicates a significant need for the program.

Deanna Gifford, a physics teacher at San Marcos High School believes the STEM Cafes provide students with critical information about local options for postsecondary education. “We need to do a better job of connecting students [with local universities] and changing the perception that you need to go far away to get a quality education,” she said. “Why should you overlook great opportunities in your own backyard?”

If the fall 2013 admission numbers are any indication, more local students are getting the message. Overall, the number of students admitted to the College of Science and Mathematics increased by over 13 percent from 2012, and the number of incoming freshman in STEM majors from Vista and San Marcos high schools increased by 68 percent and 61 percent respectively.

While there's no direct evidence linking the STEM Cafes to these increases, Rhianna and the other ambassadors would like to believe their conversations influenced some of the students' decisions. They hope today's high school students are better informed about STEM careers than they were when they graduated from high school.

CSUSM biology major Josephine Gonzalez wants to communicate how important it is to get students thinking about STEM college and careers. “It’s the kind of thing I wish someone would have done for me when I was trying to figure out what I wanted to do with my life,” she said.