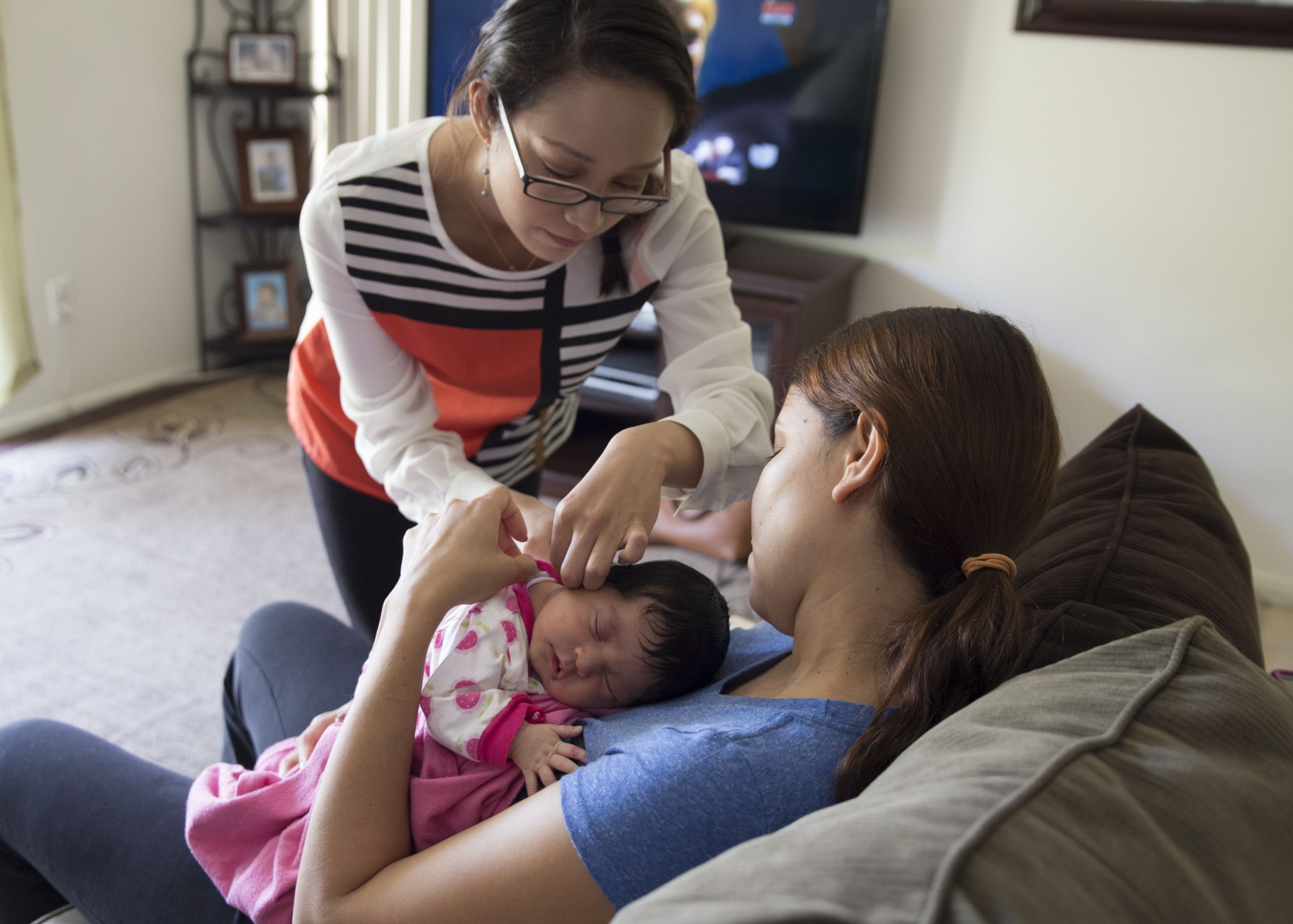 A Cal State San Marcos professor is wrapping up a four-year, federally-funded study – with the help of some two dozen students – that examines the factors contributing to high levels of stress and depression among Mexican-American mothers adapting to American culture.

What they’re finding may make you a little more appreciative of your mom this Mother’s Day.

“We’re trying to understand what it is that may account for such a dramatic increase in this population,” D’Anna-Hernandez said.

The study is twofold. In one part of the study, CSUSM students track pregnant women starting in their first trimester at clinics in San Marcos. The subjects are surveyed several times during their pregnancy to see how their attitudes over cultural values and levels of anxiety have changed, and researchers also measure the level of cortisol, also known as the “stress hormone,” in the subjects’ hair and saliva.

Graduate and undergraduate students have followed, surveyed, and tested nearly 200 pregnant Latinas since the study began in 2013, they hope to research a total of 250 before they are done later this year.

“We follow them throughout their pregnancy and until their babies are six months old,” said graduate student Andrea Preciado, who is earning a master’s degree in the CSUSM experimental psychology program and plans to pursue a Ph.D. in the subject before launching a possible career as a research psychologist.

What they are finding is the more a Mexican-American mom holds onto her family’s traditions, the less depressed they become during their pregnancy and immediately after birth.

“We’re hoping that our findings can help guide midwives, nurses and other caregivers when they’re working with women from different backgrounds,” Preciado said.

The other part of the study looks at mice as a behavior model to measure maternal stress. By psychologically stressing the mother mice, researchers are measuring how the added anxiety is affecting the mice’s behavior – including the amount of time spent with their babies and their nursing habits.

“This study is important for many reasons, including the fact that postpartum depression is a debilitating mental disorder affecting many women following birth,” said CSUSM graduate student Arthur Castaneda. “Stress and depression disrupt the maternal-infant bond and show negative effects for both mothers and children that can last throughout the lifetime. However, despite how severely these disorders can affect mothers, the neuromechanisms that create and alter these disorders are still unclear. Our lab has been focusing on the role of hypocretin (a stress-related neuropeptide present in the brains of humans and most mammals) and how it can affect maternal behaviors. The better we understand how these disorders work at the brain and the behavioral level and what roles these neuropeptides play in the disorder, the better we can help future research produce more effective interventions.”

In addition, D’Anna-Hernandez noted that stress is reduced among mice raising their babies together, which could suggest that communal support groups as an intervention for new Mexican-American moms.

The first year of the study was funded by the Brain & Behavior Research Foundation. The final three years have been funded by a $300,000 grant from the National Institute of Mental Health, which is the lead federal agency for research on mental health disorders.

The study underscores CSUSM’s commitment toward working with the community and engaging students in relevant research. Students undergo intensive training before they are allowed to venture into a clinic and survey anyone.

“This is unlike anything these students have ever experienced before in class,” said Dr. D’Anna-Hernandez.