The Love Story of Sparky and Stache 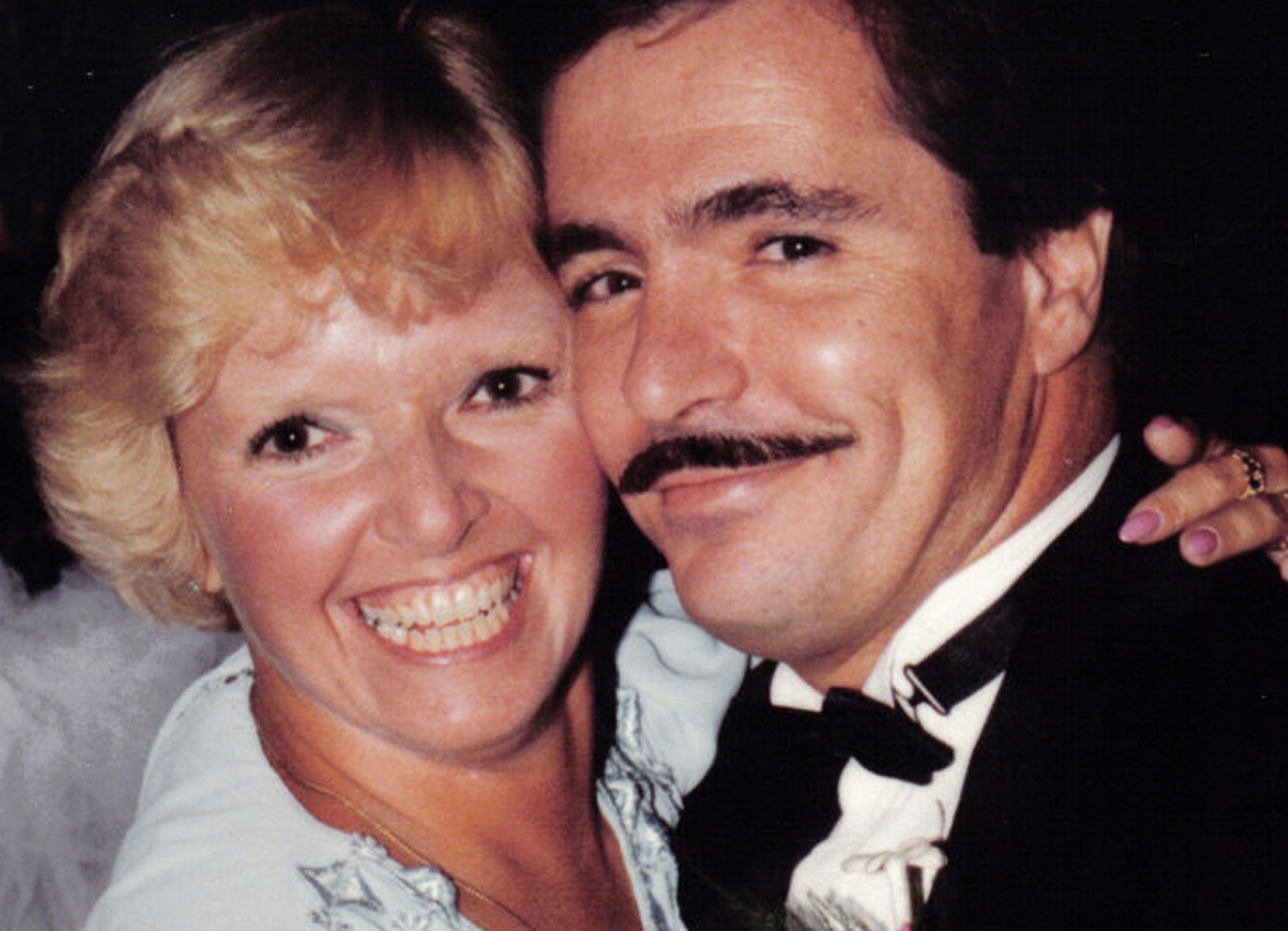 It’s safe to say that when Karen Haynes first met Jim Mickelson, it wasn’t exactly a classic boy-meets-girl love story. It was an ordinary, but also unexpected, encounter between a social work advocate and a social work professor. The clincher was perhaps the world’s worst pick-up line.

“That would have been a deadly pick-up line, right?” said Haynes, laughing as she recalled the moment Mickelson asked her that question during an after-hours networking event while attending a conference in Cincinnati.

At the heart of the query was a challenge to the prevailing belief that the referral system was not robust enough to give baccalaureate social work students adequate field experience. Although the conversation occurred in a disco, they never danced. Instead, a debate ensued, which led to the pair coauthoring an article on the topic.

“I knew in that moment that she was out of my league,” Mickelson said.

Haynes and Mickelson have been together ever since – first and always as colleagues, then as spouses and parents. On June 30, Haynes will retire after 15½ years as Cal State San Marcos’ third president. Mickelson will join her after more than 12 years as the founding director of ACE Scholars Services, which supports former foster youth at the university.

Theirs is a love story that has spanned more than three decades and two presidencies. Soon, they’ll trade in the titles of President and First Gentleman to begin new adventures as Sparky and Stache, as they’re affectionately known to their grandchildren.

The book of love

A few years after that first chance meeting, while attending another social work conference in Washington, D.C., the pair continued their lively discussion over cocktails at a folksy bar. There, they bemoaned the absence of political advocacy within the field of social work. Haynes, then an associate professor at Indiana University, had started a social work political action committee in the state. Mickelson, who was a social worker in Detroit, had established a similar one in Michigan. Two drinks in, they concocted an idea.

On a nondescript white cocktail napkin, they penned the beginnings of what would be their great manifesto – a book that would revolutionize social work to influence policy change. It would teach aspiring social workers how to harness political action skills. It would be the rallying cry that advocacy is the central mission of social work practice. Topic by topic, they outlined the chapters and began divvying up the sections. She’d write the first half; he’d write the second.

For the next year, Haynes and Mickelson mailed 5.25-inch floppy disks back and forth from Bloomington to Detroit. Soon, they were piling up long-distance phone charges as they debated and discussed their book, their profession, their lives and their children.

“Affecting Change: Social Workers in the Political Arena” was first published in 1986 and has since had seven editions released.

“We had so many good intellectual debates and discussions writing the book together,” Mickelson said. “And we still do.”

When Haynes accepted a dean’s position at the University of Houston in 1985, Mickelson – who, upon hearing the news, exclaimed, “Why the heck would you move to Texas?” – followed her there after a year and then the two married.

In Texas, they pursued their respective careers, each blazing a path of influence framed by their shared values of social work. As the sole woman in the administration at the University of Houston, Haynes created the nation’s only curriculum specializing in political social work. Mickelson developed and directed CHILDREN AT RISK, a child advocacy nonprofit, and garnered a reputation as the most persistent child advocate in Houston.

In 1995, the chancellor of the UH system asked Haynes to be the interim president for the Victoria campus, 125 miles away from their suburban Clearlake home, for one year. Never aspiring to be a president, Haynes agreed to fill the role temporarily. It didn’t make sense to uproot their lives for such a short stint, so Mickelson remained in Houston. Their daughter had just left for college, and suddenly their four-bedroom home felt very empty. On most weekends, Mickelson made the nearly two-and-a-half-hour drive through the flatlands of South Texas to Victoria.

Some weeks, he’d have to rush out of work on Friday and bolt down Highway 59 to attend a special event as the presidential spouse. One time, he forgot his dress suit pants and had to piece together a more casual look. And surprisingly, only once did he get a speeding ticket.

“We were both succeeding in our careers and we wanted to continue to do that,” Mickelson said. “But it got really hard, emotionally, to be apart for that long.”

The one-year interim appointment turned into two years. Haynes thrived in her new role. When the time came for a national presidential search, Haynes was nominated for the position. In 1997, she was appointed the eighth president of the University of Houston-Victoria (Haynes remains the longest-serving president in that university’s history). It would be two-and-a-half more years before Mickelson joined her.

“We knew at the time it was not a good career move for Jim,” Haynes said. “Obviously, there are fewer opportunities in a region that small, and very little political advocacy work.”

“We are both driven by those same core social work values – around addressing social injustices,” Mickelson said. “She’s trying to do that through higher education, and I’m trying to do that by removing barriers.”

Madam President and the First Gentleman

Over the 24 years of his wife’s two presidencies, Mickelson’s identity has often been mistaken. He once was called her driver and often was confused for a boyfriend. Some flubs are even comical, like when Mickelson is assumed to be the president.

It happens like this: The pair are attending a conference for presidents and their spouses. Introductions and pleasantries begin, and someone will turn to Mickelson and ask, “Where are you a president?”

Mickelson, in his quick wit, often wanted to respond, “Nah, Blondie is the president.” But he knew that comment would likely result in a sharp side elbow from Haynes.

While the scenario has played out in different scenes, the underlying sexist assumption is that clearly the man would be the president. At the time of Haynes’ first presidency, less than one in four university presidents were women, of which less than half were married. The role and presence of presidential husbands were largely absent. Folding napkins, hosting high tea, choosing centerpieces or approving invitation stationery were gendered roles commonly filled by presidential wives.

“People didn’t know what to do with a male presidential spouse,” Mickelson said.

To navigate this new world and address the erroneous gendered assumptions, the couple asked the university’s advancement professionals to deliberate. The title “First Gentleman” was suggested. It made sense and it has stuck with him ever since.

Every morning, when at home, Mickelson brings Haynes a cup of coffee. With the exception of the four years they lived in different cities, it’s been a daily ritual that begins a time to catch up, plan the day or week, and stay up to date on higher education, and state and national issues.

“We’ve been co-authors, collaborators, colleagues and best friends as well as parents and spouses trying to navigate two careers,” Haynes said. “If you keep communication open, even when it’s testy, and you respect what the other person is doing, it’s a lot easier to do the daily give and take. I think the fact that we have both respected what each other does professionally made a lot of it easier over time to give the support needed.”

Protecting their time together has been a priority for Haynes and Mickelson. They intentionally block off a weekend every six to eight weeks that is free of university business and events. Seasoned travelers, the pair have visited nearly 40 countries together, exploring cities and villages as much like a local as possible.

But perhaps more interesting than their travel destinations are that Haynes and Mickelson completely unplug during their vacations. The practice stems from Haynes’ value in work-life balance, but also derives from her leadership style to equip, empower and trust her staff in her absence. 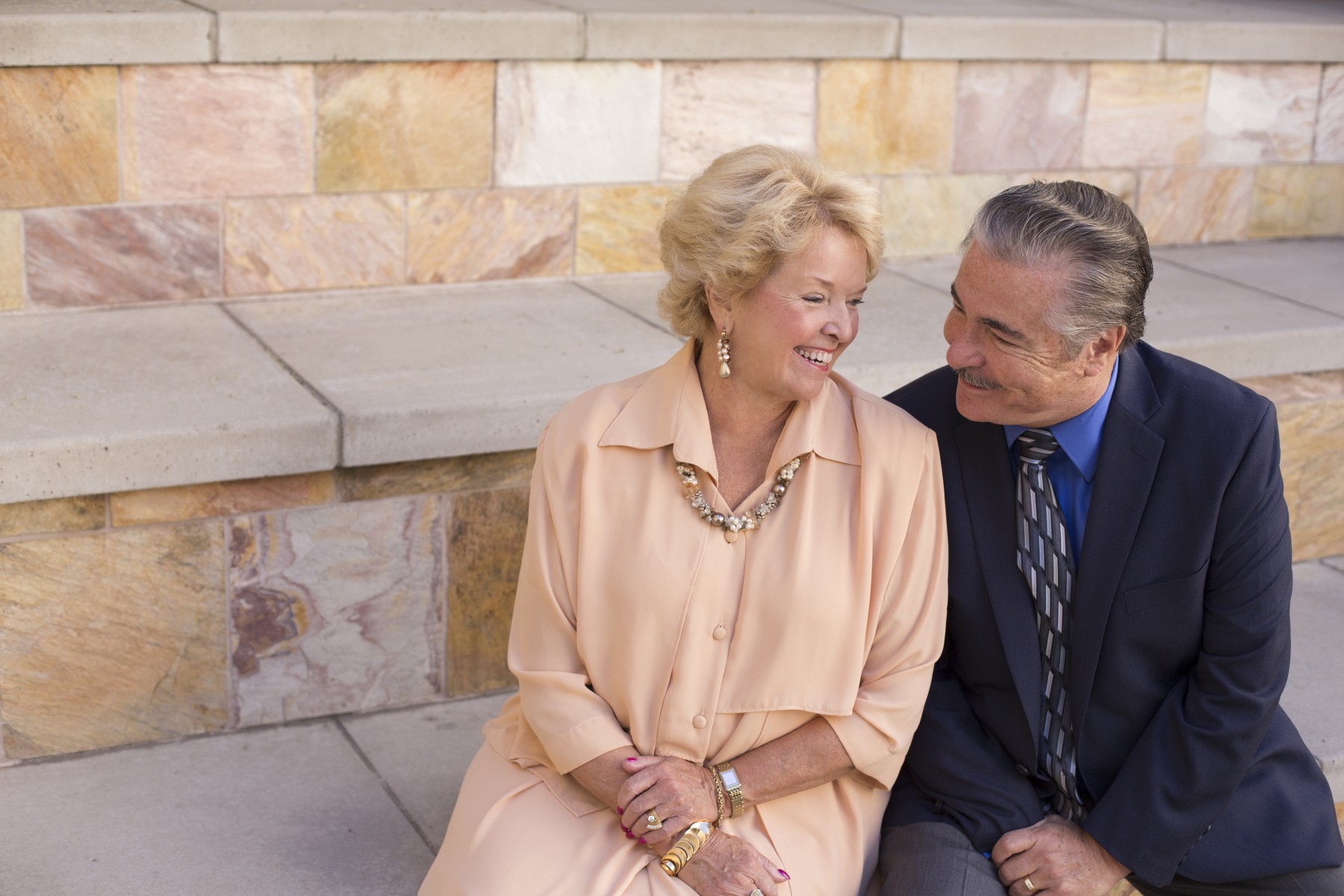 From this day forward

Haynes and Mickelson aren’t ones to offer marriage advice (“Unless it’s at the request of our children, which once given is swiftly ignored,” said Haynes, laughing). But if there is one overarching theme of their marriage, it would be concessions.

“We both had to concede at some point,” Mickelson said. “I had to move and start over several times. Karen had to put up with the political pushback that came from me being a vocal child advocate. Working for a nonprofit, there were literally months when I didn’t get paid, and that was difficult. We both gave so the other could pursue their passion.”

Even though they never danced at the disco on the night they met, dancing has become a metaphor in their marriage. Whether it’s struggling to determine who leads or side-stepping political disagreements, extended family dilemmas or dual careers, they’ve been committed to dancing for the fun of it, not for perfection. And they try to avoid stepping on each other’s toes while letting each other shine in solo performances.

As they embark on their shared retirement, their short-term plans involve time with three children, and their spouses, and four grandchildren and lots of travel.

In the fall, the couple plans to take an extended trip to Montreal to revisit the city where Haynes lived while she earned her Master of Social Work at McGill University. From there, they’ll take a 11-day cruise to New York (Haynes grew up in northeastern New Jersey). There, they plan to see “Hamilton” and “The Book of Mormon” on Broadway and visit a selective magic club.

As for the long term, that’s still to be determined. But a line from their wedding vows Haynes pledged to Mickelson nearly 33 years ago offers a clue:

“Ahead of us lies anything we choose – constrained only by our vision.”

The Love Story of Sparky and Stache