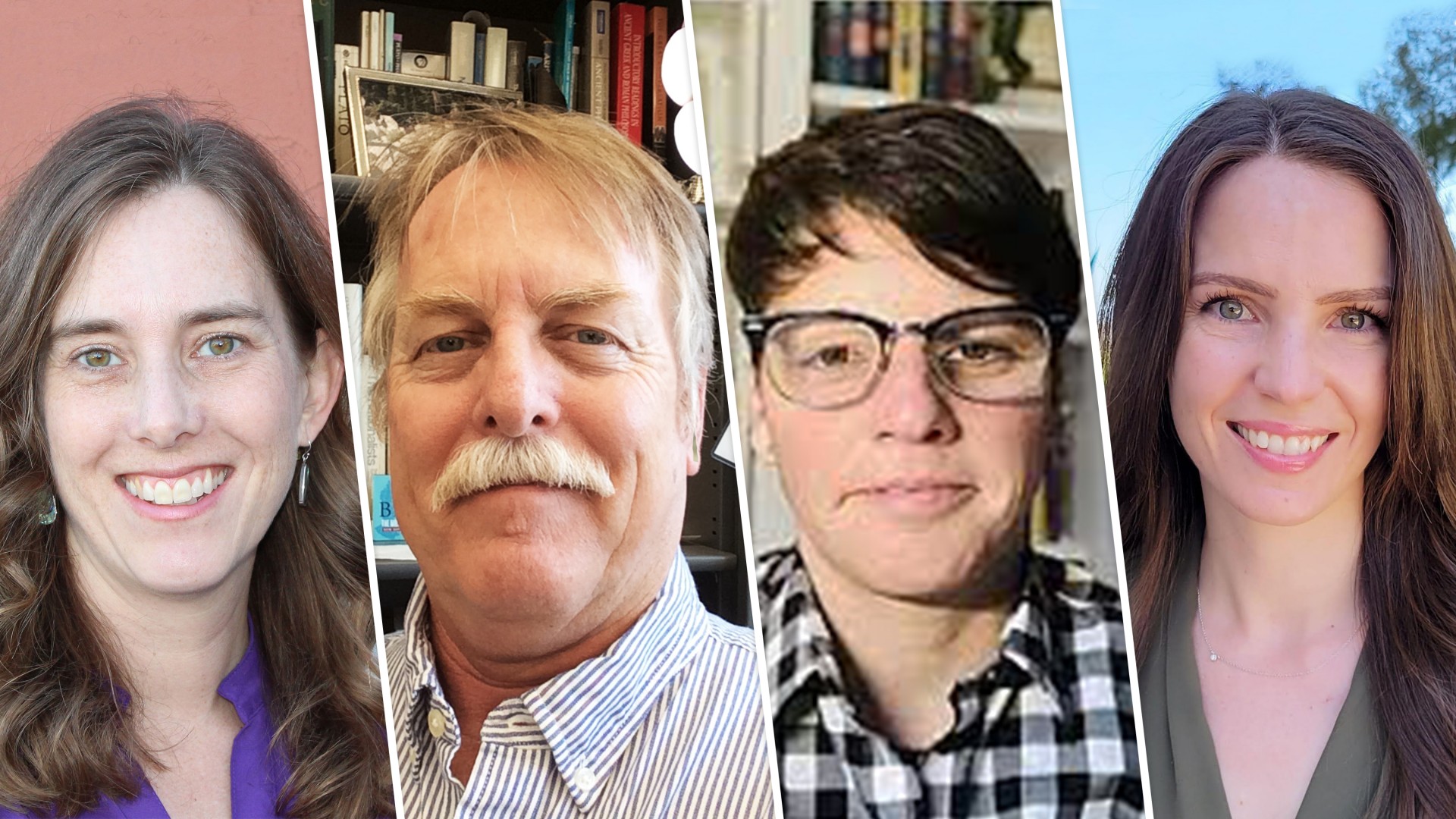 Elinne Becket, an assistant biology professor, has been awarded a three-year, $447,000 grant from the National Institutes of Health to study antibiotic resistant bacteria in urban water runoff along the Pacific coast.

Deanna Schmidt, an assistant kinesiology professor, has received a four-year, $430,000 grant from the NIH to investigate the impact that backpack and gear loads carried by first-responder, military and law enforcement personnel have on the use of the hands and arms.

Allison Merrick, an associate philosophy professor, and Michael McDuffie, chair of the philosophy department, have been given $34,714 by the National Endowment for the Humanities for the planning of a general education curriculum pathway in philosophy for students enrolled in engineering degree programs.

With the support of her NIH grant, Becket will seek to understand how different stressors contained in urban runoff, such as antibiotics, are causing the exchange of genetic material between microbes in a community, which result in different microbes being able to survive in specific environmental conditions. The research project will focus specifically on the outlet of the Batiquitos Lagoon in Carlsbad.

Becket said students will be involved at all points of the project, from sampling microbiomes in the field, to extracting the DNA and generating sequencing libraries, to analyzing sequencing data and drafting manuscripts for publication. The grant funds two to four undergraduate researchers at a time, year-round, but other undergraduate volunteers also will be working alongside them throughout the grant period.

This is the first major external research grant for Becket, who has been a professor at CSUSM since 2018. She said the award is especially gratifying because she worked in the biotech industry for four years after completing her postdoctoral training.

“Normally, postdocs continue their research projects into their new labs as professors, but since I came from industry, where everything is proprietary, I had to start my research program from scratch upon coming to CSUSM,” Becket said. “Receiving this award means that the grant reviewers felt my own ideas merited their support, and that is so meaningful to me.”

Schmidt’s grant is part of the NIH’s Support of Competitive Research (SCORE) program, which seeks to increase the research competitiveness of faculty at institutions with an explicitly stated mission or historical track records in training and graduating students from backgrounds underrepresented in biomedical research.

“The knowledge gained in this research could potentially help prevent nerve damage and upper limb disability in those who carry heavy backpack loads as part of their job,” Schmidt said. “This research will also allow opportunities for undergraduate and graduate students to be involved in the laboratory.”

The award for Merrick and McDuffie was among $24 million in grants for 225 humanities projects across the country announced by the NEH on April 14. Designed for students majoring in engineering, the curricular pathway will incorporate topics and subject matters relevant to engineering, technology and applied science.

Merrick and McDuffie are co-directors of the project. Engineering professors Reza Kamali and Yongjie Zheng will serve as faculty consultants for electrical engineering and software engineering, respectively. Rick Fierro, associate dean of the College of Science, Technology, Engineering and Mathematics, is the administrative consultant.