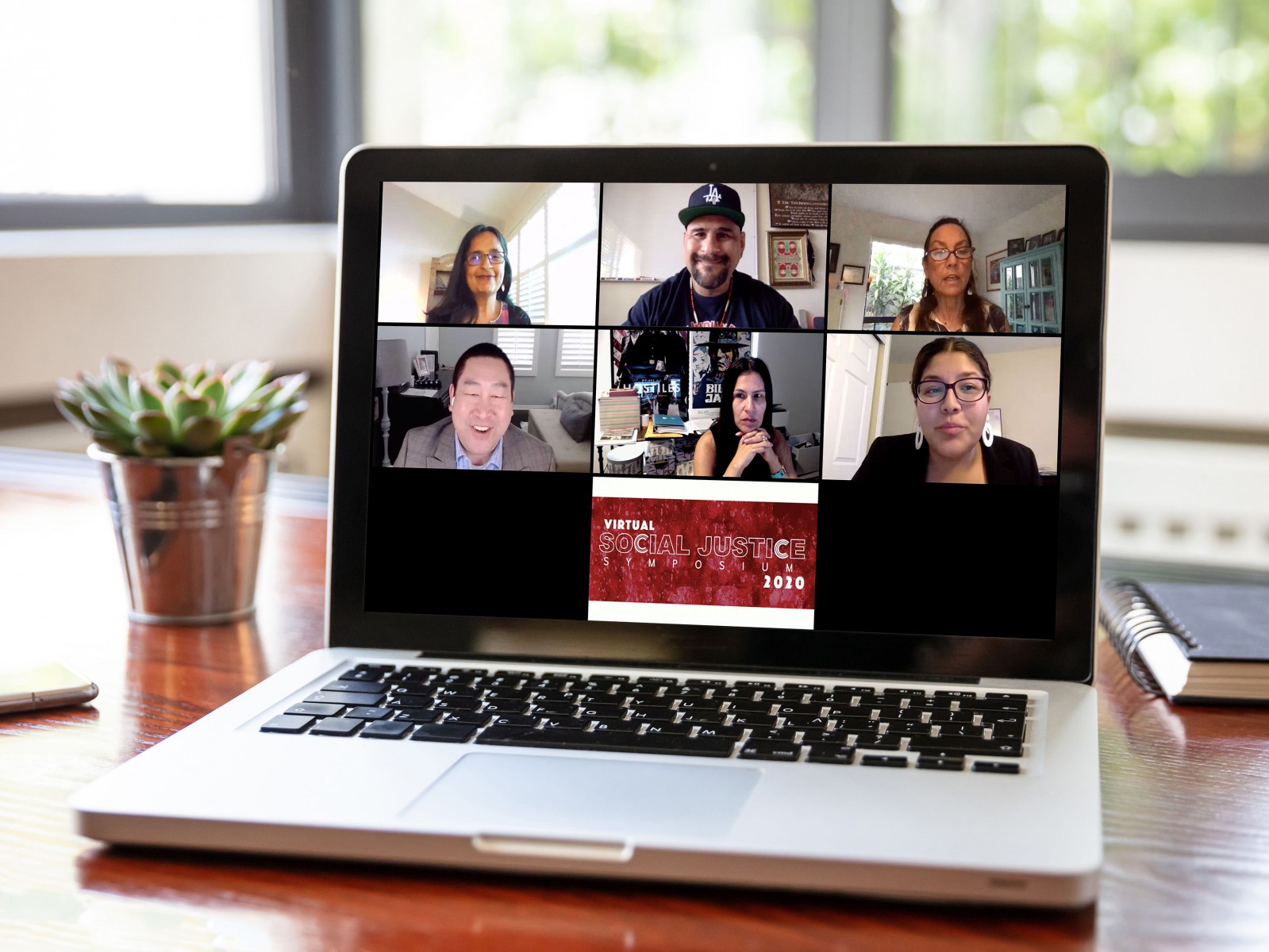 Daniela Carreon had been preparing for several months for the second Social Justice Symposium at Cal State San Marcos last spring when the coronavirus crisis began to disrupt nearly every aspect of daily life in the United States and beyond.

The SJS was scheduled for March 24, but it was canceled only days before as the rapid spread of COVID-19 made large events held in person unfeasible. Seemingly down the tubes went all the hard work done by Carreon, a 2019 CSUSM alumna who’s now a graduate assistant in the Cross-Cultural Center and served as the lead organizer of the symposium.

“It was definitely stressful,” Carreon said.

In the ensuing months, several things occurred that made the fight for social justice ever more urgent and visible. The police killing of George Floyd in Minneapolis in late May kicked off a summer of protests of police brutality and racial injustice that roiled the nation. The killing of Breonna Taylor in Louisville, Ky., elicited similar outrage. Violence erupted in Kenosha, Wis., after the senseless shooting of Jacob Blake.

Phrases like “anti-racism” and “defund the police” entered the cultural lexicon.

Carreon and Floyd Lai, director of the Cross-Cultural Center, had sought to revive the SJS in a virtual format anyway, but by the start of the fall semester, it seemed especially vital to do so. After they searched for a suitable platform and tweaked some portions of the original in-person event, the symposium was held on Oct. 20-21, with almost 150 members of the campus community attending over the two days.

“We’re in a pandemic, so I think that exacerbates a lot of the images that we’re seeing,” Carreon said. “A lot of us are on social media or watching the news, watching what’s happening with the pandemic, and we notice that, yes, people of color and indigenous people are dying at a higher rate due to COVID, and Black people also are still being killed by police. That’s kind of like two pandemics while living in one, and I think that definitely intensifies the experience – the willingness to learn, to engage, to self-reflect. Because what else can we do but be inside?”

The SJS is a collaboration of the Student Life Centers for Identity, Inclusion and Empowerment; the Office of Inclusive Excellence; the Student Leadership & Involvement Center; and Associated Students, Inc. The theme this year was “Activism can be the journey rather than the arrival,” based on the words of late American author and social activist Grace Lee Boggs.

Ranjeeta Basu, CSUSM’s interim chief diversity officer, was the keynote speaker on the event’s first day, which focused on race and racism. Martín Leyva, the coordinator of Project Rebound, delivered the keynote on the second day, which revolved around advocacy and activism. President Ellen Neufeldt offered opening remarks addressing CSUSM’s efforts toward and commitment to being an anti-racist institution.

“We decided on those sub-themes based on the unrest that happened during the summer,” Carreon said. “We talked about race and racism, we talked about these ideologies or concepts. Now what can we do through advocacy and activism? Our mission both days was to help students and others find themselves and find their passion in terms of activism.”

In addition to the keynote and welcome addresses, the symposium featured more than a dozen side sessions presented by a mix of students and faculty on a range of topics, including land acknowledgment, the connection between renewable energy and sustainable communities, understanding undocumented students, and the new California bill requiring ethnic studies in the California State University system.

“There wasn’t a direct call to action, like ‘This is what you need to do next,’ ” Lai said. “It was more about, ‘Here’s something to consider, and how does that situate with where you are right now regarding the conversations that are happening? How do we unlearn ways that we were before and relearn new ways in which we can move forward?’ ”

The symposium is an outgrowth of the Social Justice Summit, a three-day retreat for CSUSM undergraduate students that has been held for about 10 years and trains participants in campus leadership, community engagement and activism. The goal, Lai said, was to take that intimate gathering of fewer than 50 students and expand it into a format that could allow for conversations among all members of the campus community.

The genesis of the symposium also was inspired by a similar event first conducted in 2008 called the Social Justice and Equity Symposium, which was organized by faculty members along with collaborators from Student Affairs. But, as Lai pointed out, that was a different time and CSUSM was in a different place as an institution. To wit, just in the past week, the university has hosted virtual events with the titles “The New Jim Crow in Academia” and “From Statement to Action: Institutional Commitment to Racial Justice.”

“These issues around racism and anti-Blackness aren’t new,” Lai said. “It’s just that now there’s a heightened awareness because of the traumatic incidents and the constant barrage. We hit a turning point where folks said, ‘Enough is enough.’ I think that had some influence in the types of discussions we’re having, recognizing what occurred and how that connects to these broader issues.”