University Expert on Zombies and Horror in Popular Culture Available 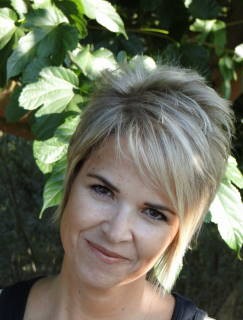 As zombies, vampires, ghosts, witches and werewolves continue to haunt our pop-cultural imagination, Natalie Wilson, Ph.D., a literature and women’s studies scholar and writer at California State University San Marcos (CSUSM), examines the horror genre and monstrous figures for deeper meaning than their ability to scare. These stories are social barometers revealing individual and collective fears as they pertain to U.S. culture, politics and history.

With the upcoming season six premier of The Walking Dead on October 11, followed by Halloween on October 31, Wilson is available to speak to media about zombies, monsters and the upswing in popularity of horror shows and films. She can also speak to the success of AMC’s The Walking Dead and why AMC’s new original series Fear the Walking Dead is not raking in audiences. Other relevant programs also include the new Fox series Scream Queens, the returning A&E series Bates Motel and the popular FX series American Horror Story.

On October 29, Wilson will be presenting a lecture titled “Scary Stories: What do Horror Stories Tell Us About Ourselves, Our Society and Social Injustice?” as part of CSUSM’s Arts and Lectures series. The public is invited to attend and tickets are available online.

Wilson is currently co-authoring the text, Feminist Perspective on Zombies, Vampires, and Witches: Radical monstrosity in Literature, Film & TV, with CSUSM Associate Professor of Literature and Writing Heidi Breuer. Her first book, Seduced by Twilight, examined the cultural phenomenon of the Twilight series from a feminist perspective.

To schedule interviews, please contact Margaret Chantung at 760-750-4011 or mchantung@csusm.edu.

University Expert on Zombies and Horror in Popular Culture Available