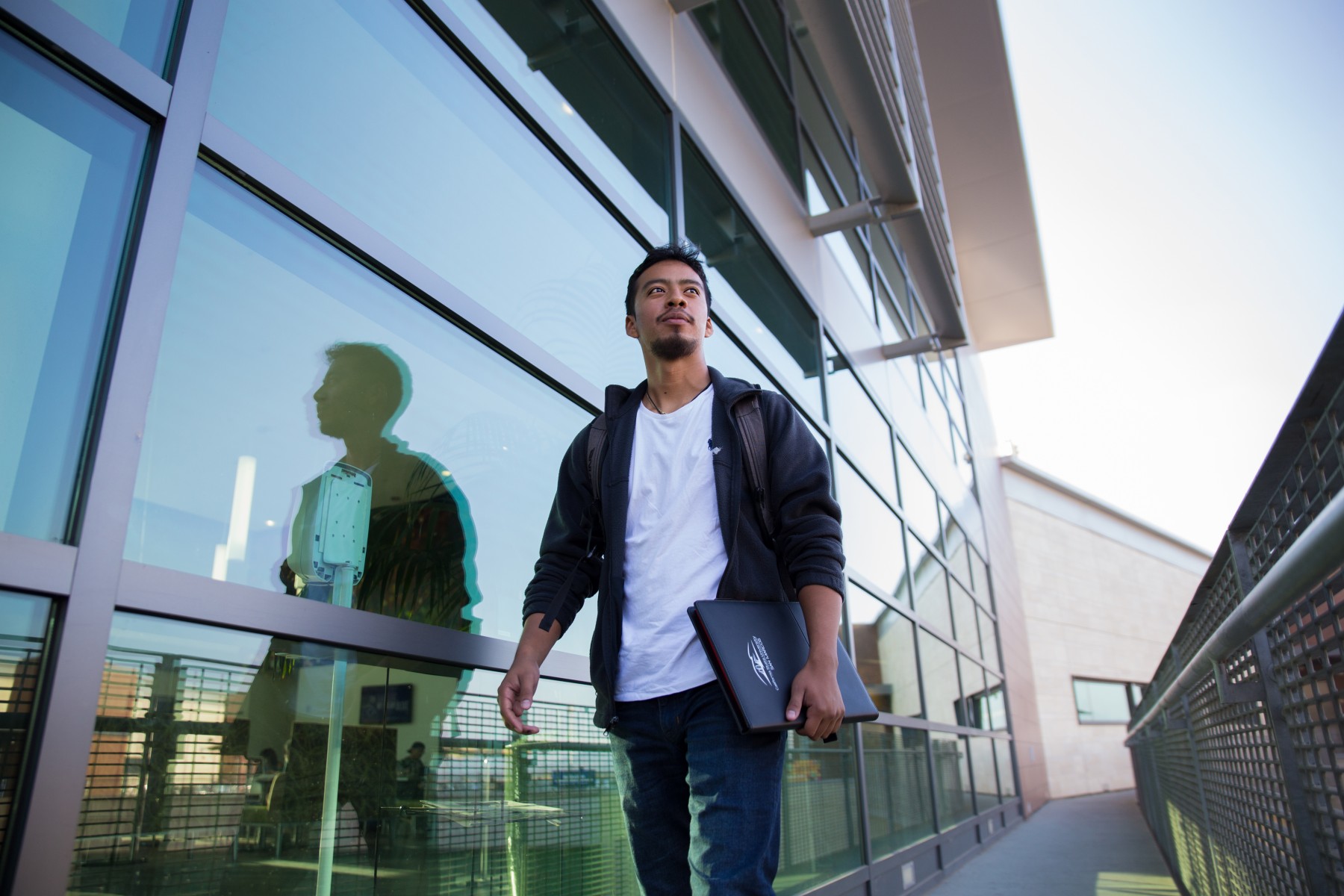 Salvador was docked in Newport, Ore., midway through a two-week summer internship at sea doing geological research through the STEMSEAS program when he checked his email and noticed a message on a topic very near to his heart.

Marisol Clark-Ibanez, a sociology professor and the faculty director of the National Latino Research Center at Cal State San Marcos, had written to Salvador, asking if he would be willing to draft a letter of support for a grant to bolster the success of undocumented students at the University. Salvador, a senior who’s on track to graduate in the spring with a degree in biotechnology, is one of those undocumented students, one of almost 400 attending CSUSM. He’s also a passionate advocate for undocumented issues. He eagerly agreed.

When the boat returned to the Pacific Ocean, with the high seas as his muse, Salvador wrote his letter. He wrote about his experiences and struggles as an undocumented student on a college campus. He wrote about what he perceived as a lack of resources. He wrote about how students like him stood to benefit from the proposed grant.

“It was almost poetic because I was on the open seas reflecting on what she had asked me to do,” Salvador said. “It’s cool now that I look back on it.”

Even cooler: Four months after Salvador wrote the letter, and about six months after Clark-Ibanez first learned about the grant, CSUSM has been approved for UPRISE, which stands for Undocumented People Rise in Solidarity and Empowerment. It’s actually a joint grant, a collaboration between CSUSM and MiraCosta College to support undocumented students at both schools – and, just as importantly, their families. UPRISE will receive $235,000 over one year, but Clark-Ibanez believes the funding will be extended to three years if both colleges deliver the results they expect.

“We wanted to do a collaboration; that’s what we intended to do,” said Clark-Ibanez, who wrote the grant proposal with Karina Duarte-Braunstein, a counselor at MiraCosta. “Together we have a lot to offer. We share so many students.”

The grant comes not from a federal or state source, but from a private initiative called the California Campus Catalyst Fund, which was founded by educators, funders and advocates, and will dole out nearly $10 million over the next three years to campuses representing the state’s three public higher education systems: California Community Colleges, California State University and the University of California. CSUSM was one of only four CSU campuses to receive funding.

In applying for the grant, Clark-Ibanez and her MiraCosta colleague relied on a data-driven formula – “what do the students need,” she said, “not what we think would be awesome as a professor or administrator.” Last summer, she performed a survey to solicit input from more than 60 undocumented students at CSUSM.

What the survey revealed is that the most tangible benefit of UPRISE will be expanded legal services on campus. CSUSM has a longtime relationship with a nonprofit called Unitarian Universalist Refugee and Immigration Services and Education (UURISE) that Clark-Ibanez envisions becoming more active and covering at least initial consultations on immigration issues.

Last week, for example, Salvador met with a lawyer on campus regarding the renewal of his application under the Deferred Action for Childhood Arrivals (DACA) policy, and his fees were paid for.

“We’ve definitely been offering sporadic things, and now is the time to offer comprehensive,” Clark-Ibanez said. “Going from sporadic to comprehensive is where our campus is.” 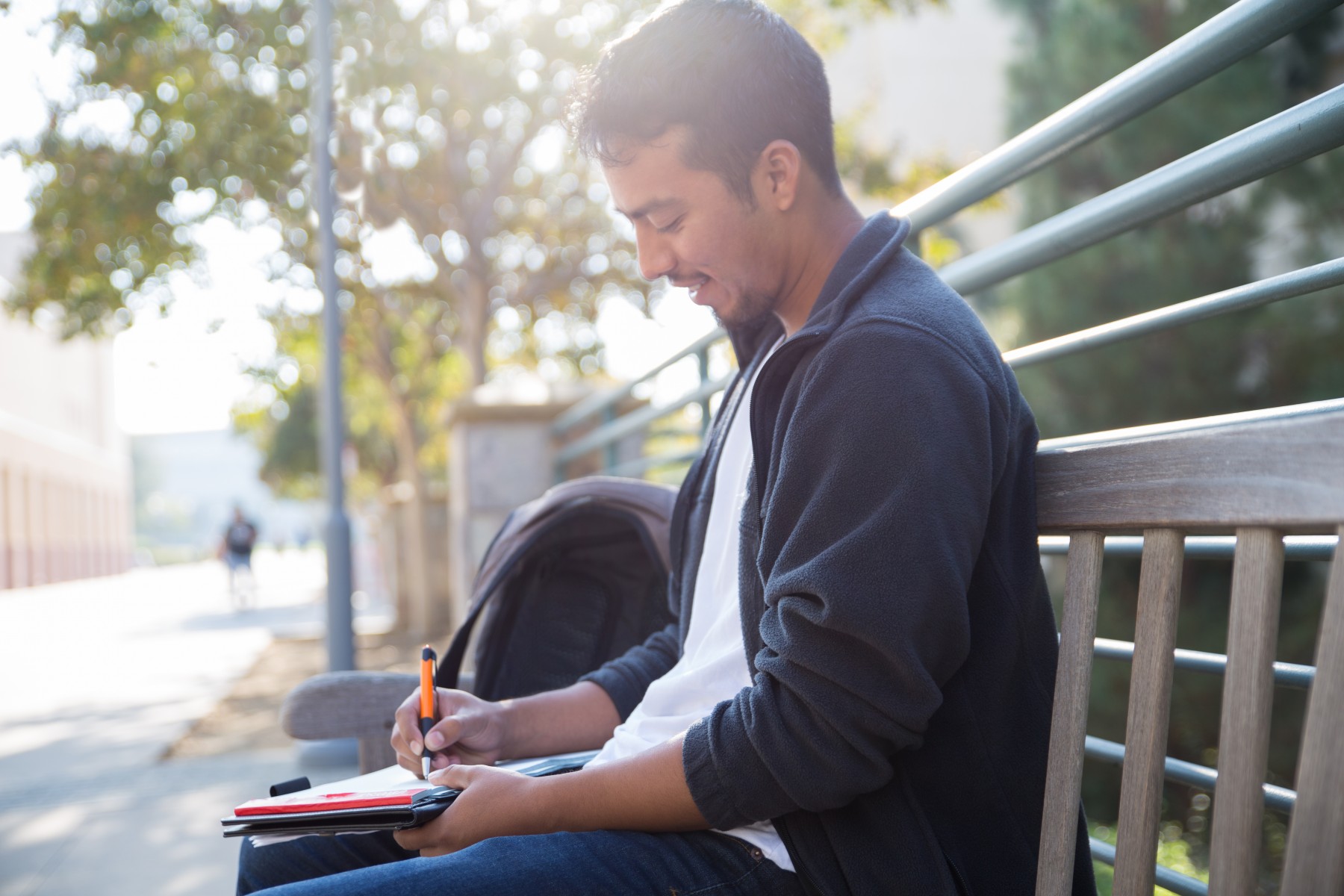 Part of that comprehensive approach is greater outreach to the families of undocumented students. UPRISE will include the expansion of MiraCosta’s entrepreneurship training to CSUSM for both students and their parents and loved ones, and the University will host family nights on campus to honor cultural wealth and make sure the ins and outs of the program are understood.

Salvador is excited about the potential of the family-based programs to help his parents. His father, Arnulfo, is a commercial and residential painter. His mother, Maria, babysits five children, one of whom is Salvador’s 8-year-old brother, Noe.

His parents immigrated to the United States from Mexico in 1995, when Salvador was three months old, in search of a better life than what they experienced as children. Growing up in the small town of Miahuatlan in southern Mexico, Salvador’s mother would have to fetch water from a nearby river in buckets and harvest coffee every morning, and that was before embarking on the two-hour walk to school.

Salvador can’t help but become emotional when he thinks about the sacrifices his parents have made for him and his two brothers (the middle son, Chris, is 21).

“It’s been 23 years since Mom or Dad has seen their parents, and that makes me sad,” he said. “I think they’re just tired of working. I think, with this program, it will make them feel less alone. I can see my parents benefiting from the entrepreneurship workshops, maybe starting a small business.”

Salvador’s family moved to San Marcos from the Koreatown neighborhood of Los Angeles when he was 8, but he actually started his college career at UC Santa Barbara. It wasn’t a good fit. Hurt by a paucity of resources for undocumented students and his own poor decisions, he was academically dismissed after three semesters.

Doubting his ability as a student, he returned home and worked for six months – as a Walmart associate, as a cook at a Mexican restaurant, as a painter, as a cement mixer.

“For the first time, I had money in surplus, but I had no fulfillment,” Salvador said. “I wasn’t proud of what I was doing.”

After two years taking general education courses at Palomar College, he transferred to CSUSM last fall, and almost immediately became actively involved on campus, whether it’s doing biological or sociological research with professors or advocating on behalf of undocumented students and other underrepresented groups.

Salvador is proud of the work he has done at CSUSM, but the lingering uncertainty around his legal status comes with challenges – challenges that he hopes UPRISE will help to ameliorate.

“Being undocumented is a source of pride and motivation,” he said. “My documented peers conduct research and get paid for their time in lab. I don’t, so I have to work two separate jobs in addition to being a full-time student in the sciences. And it’s been difficult finding funding to attend conferences that I am invited to.

“I just have to work twice or three times harder to find the things I am looking for. But I am happy because I love everything I am a part of.” 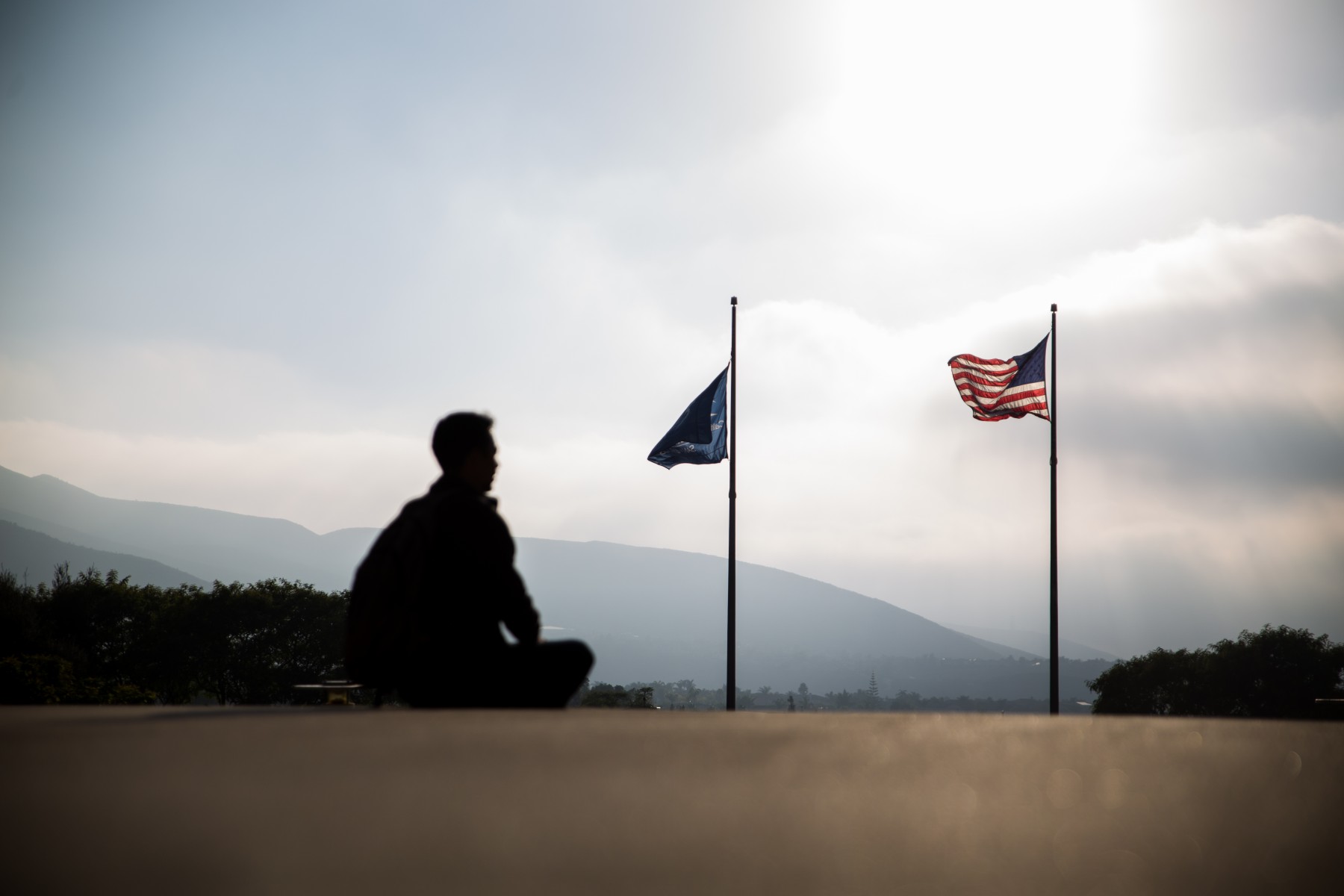