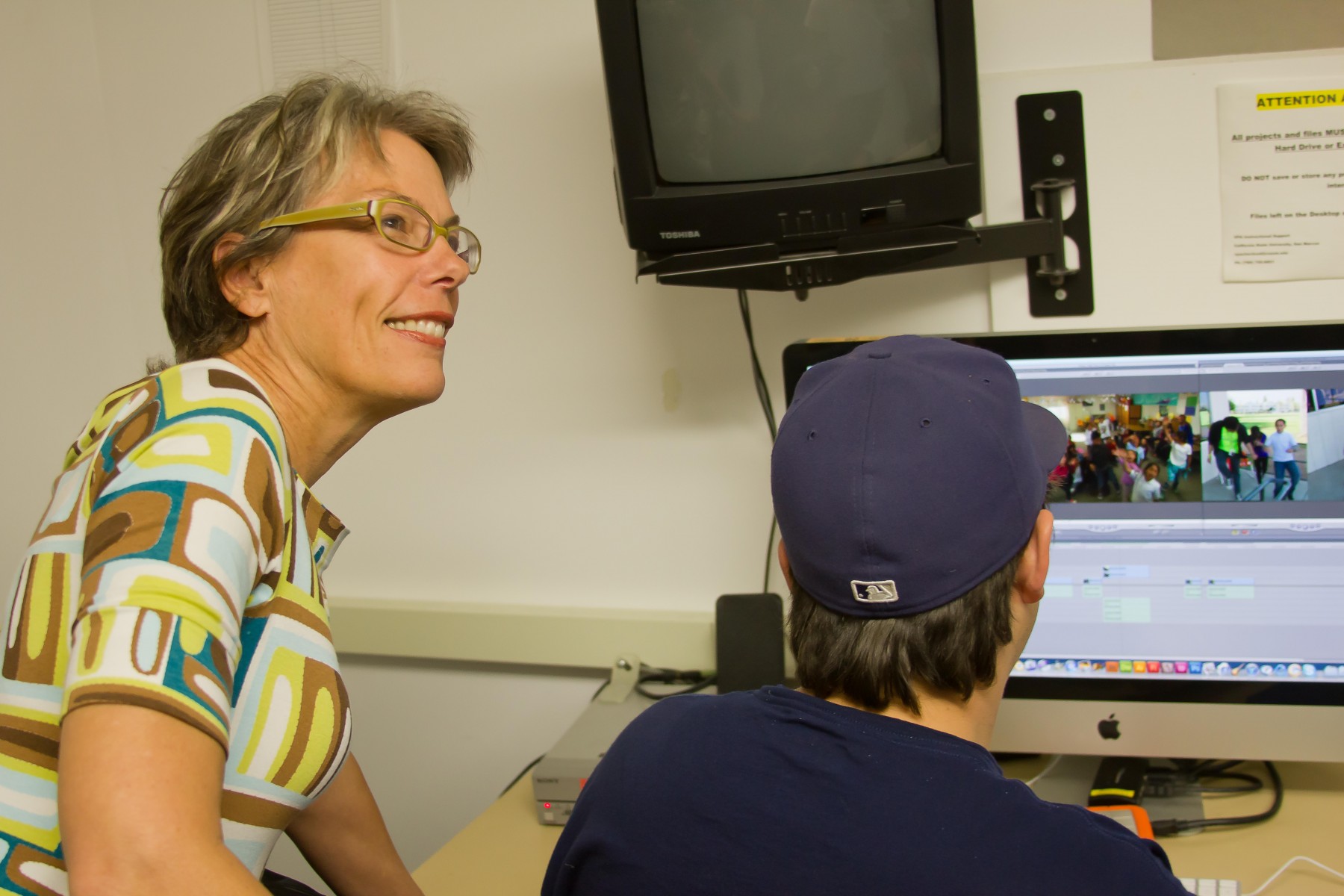 Cal State San Marcos Arts and Technology Professor Kristine Diekman has been honored with the Wang Family Excellence Award in the Visual and Performing Arts and Letters for her Video in the Community project that engages students in researching social justice issues that culminate in highly-produced digital documentaries.

The California State University’s Board of Trustees presented Diekman with the honor, which comes with a $20,000 award, at its Jan. 26 meeting in Long Beach. She intends to use the cash award to expand her current project, Run Dry, and to initiate a scholarship that will support students who are interested in learning about and using media for social change.

A media artist and leader of collaborative vision and social change, Diekman has more than 30 years of experience producing, directing and editing award-winning films and videos. After establishing a successful international career in media art, she founded Video in the Community in 2007 to engage students, faculty and the community in the collaborative process of creating media for social change. Video in the Community has resulted in more than 50 student films and videos and several professional projects that serve nonprofit organizations dealing with challenges ranging from homeless youth and community health care to veterans' transitional housing and gang prevention.

“The films that I make with students, other artists and community members are tools that advance our community's self-sufficiency,” Diekman said. “They are a call to action, a re-imagining of social connections and a means to create social change. Video in the Community is about listening to and supporting unheard voices, providing a place from which they can speak and be heard.”

“This award is not just something that I have earned, but something that every student and every community member who has taken part in this project has also earned,” added Diekman. “It is recognition of the work that we have done as a community at CSUSM, a reflection of the support that faculty and staff have provided for so many years, and the importance of social engagement and inclusion at our University.”

The Wang Family Excellence Award, established by then-California State University trustee Stanley Wang in 1998, each year recognizes four outstanding faculty members and one outstanding staff member who, through extraordinary commitment and dedication, have distinguished themselves by exemplary contributions and achievements.

“Taking the Video in the Community course was one of the best decisions I have made in my academic career,” said former student Laurel Radel, who worked on a video about transitional youth. “I now have an amazing piece to put into my portfolio, and also I broadened my horizons and learned more about the community I have been living in. Working with the youth in the video, learning about their pasts and seeing where they are now, is such an inspiring experience.”

Her efforts go far beyond Video in the Community.

“In addition to her leadership in providing community service learning opportunities for students, Diekman has been an engaged member of the University community, helping to build programs and developing curricula,” wrote CSUSM President Karen Haynes in a letter supporting Diekman’s nomination for the Wang Family Excellence Award. “She has served as chair of the Visual and Performing Arts Department (VPA), program director of the Arts and Technology Track in Visual and Performing Arts and program director of Film Studies. She has also served on numerous, important University committees, such as the University Promotion and Tenure Committee, the Search Committee for the Dean of the College of Humanities, Arts, Behavioral and Social Sciences, and the Search Committee for the Chief Information Officer and Dean of Instructional and Information Technology Services, to name a few.” 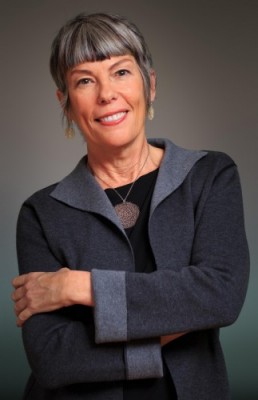 Diekman earned her Master of Fine Arts from the Rhode Island School of Design in Sculpture and her Bachelor of Special Studies in Chinese Language and Literature from Cornell College in Mount Vernon, Iowa. Over the years, her experimental media art has screened internationally and won awards from the California Council on the Arts, the Paul Robeson Foundation, New York State Council on the Arts and others. In addition, she has served on the Board of Directors of the Media Arts Center, San Diego.

Diekman joined the CSUSM faculty in 1997, drawn largely to the school because of its devotion to social justice and community engagement.

“Before coming to Cal State San Marcos, I started to become more engaged in using media to address social issues,” she said. “I had a long history producing experimental films and videos and as my focus began to change, I thought CSUSM would be a place to utilize my skills and develop a vision for socially engaged media.”

Video in the Community evolved from a class of the same name, but it grew when a number of county, corporate and private foundations approached her with funding proposals that could help make it grow into a larger, community-based effort.

Diekman continues to meet with success. In January 2016, she and Joely Proudfit, department chair/ associate professor of American Indian Studies and director of the California Indian Culture and Sovereignty Center at CSUSM, were awarded a prestigious W.M. Keck Foundation Undergraduate Education Program grant of $250,000 for the creation of the American Indian Digital Media and Culture Project that creates curriculum and media projects integrating American Indian epistemology and culture.

She also recently received a California Humanities Community Stories grant and a CSU Water Resources and Policy Initiative grant for her project, Run Dry. Run Dry will bring together films, photos and text as an eBook that depicts the stories of families living in the Central Valley without water and contextualizes them within themes of poverty, equity, migration and water rights.

Diekman says coming to CSUSM was one of the best decisions she’s made.

“Since I have been here, I have seen President Haynes and the dedicated faculty work hard to make sure the University is committed to diversity, community engagement, social change and inclusion,” she said. “It is a campus that has supported my work every step of the way.”