Wang Award Winner a Master of Motivation for the Sciences 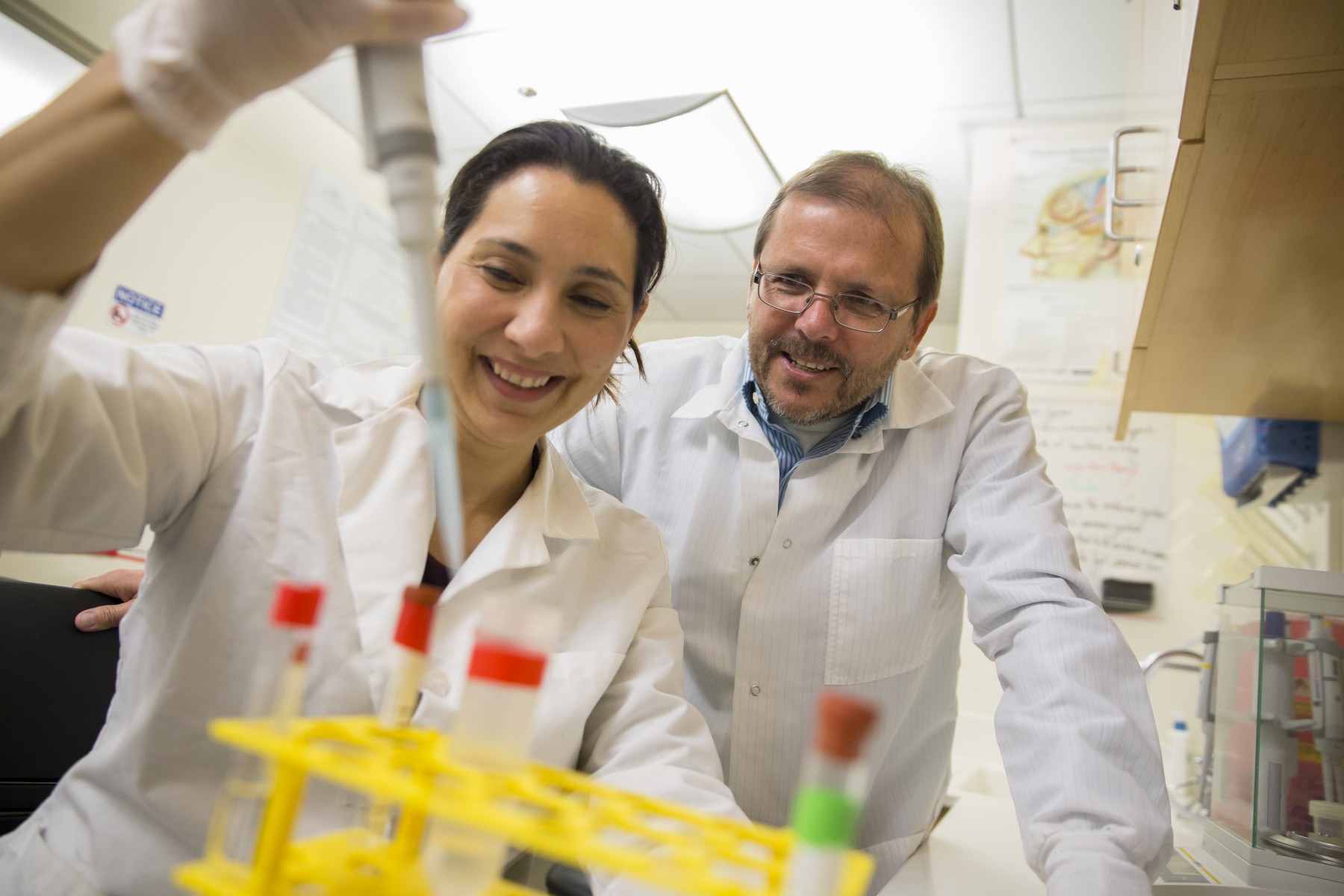 Psychology professor Keith Trujillo has spent his professional career opening doors to careers in scientific research for students from underrepresented communities across the country.

Trujillo has trained scores of first-generation college students in his psychopharmacology laboratory at Cal State San Marcos, with more than half of them transitioning to Ph.D. programs at some of the most prestigious universities in the country. He mentors scientists from disadvantaged groups nationwide as co-director and principal investigator of a prestigious National Institute of Mental Health summer program at the Marine Biological Laboratory in Massachusetts. And he serves as director of the CSUSM Office for Training, Research and Education in the Sciences (OTRES), which has recruited, trained and mentored more than 600 students in STEM fields over the past decade.

All of which contributed to Trujillo being recognized with the prestigious 2017 Wang Family Excellence Award in the category of Social and Behavioral Sciences and Public Service. The California State University’s Board of Trustees honored Trujillo at its Jan. 31 meeting in Long Beach.

“It’s an incredible honor,” Trujillo said. “I work with some extraordinary people here at Cal State San Marcos and in the entire California State University system, and this award could have gone to any number of people who are deserving. So, I feel this is more of a recognition of the work we all do, rather than an individual award.”

The annual Wang Family Excellence Award recognizes four outstanding faculty members and one outstanding staff member who, through extraordinary commitment and dedication, have distinguished themselves by exemplary contributions and achievements. Their activities advance the California State University’s mission and enhance excellence in teaching, scholarship and service. Each recipient is given a $20,000 award.

His areas of specialization are psychopharmacology and neuroscience, and his current research focuses on the behavioral and neurobiological effects of psychoactive drugs.

Trujillo grew up in the Northern California hamlet of Red Bluff.

“My father was a junior high school teacher, and making ends meet for a family of seven was often quite difficult,” he said, noting how his parents were his role models for the value of hard work.

Trujillo’s first stop on his higher education journey was Shasta Community College, then Cal State Chico, where he earned his bachelor’s degree in biological sciences, psychology and chemistry. After serving as a research volunteer at the National Institute of Mental Health in Bethesda, Md., Trujillo went on to earn his Ph.D. in pharmacology and toxicology from UC Irvine, and conducted his postdoctoral research at the Mental Health Research Institute at the University of Michigan. He arrived at CSUSM as an assistant professor in 1994.

“I came here when it was a brand, spanking new campus, and it was an exciting time to be involved in developing from the ground up what you knew was going to become an amazing university,” he said.

He also was sold on CSUSM’s commitment to diversity. Trujillo himself has generated $12 million in grants related to mentoring and increasing diversity in science and academia, helping hundreds of scholars at CSUSM and across the nation find their way to careers in research.

“Professor Trujillo is an outstanding teacher and researcher. But what makes him exceptional is his leadership in mentoring underrepresented minorities to enter careers in science, and his success in winning grant monies to support these efforts,” wrote Dr. Alyssa Goldstein Sepinwall, a CSUSM professor of history, in a nomination letter for Trujillo for the Wang Family Excellence Award.

“Dr. Trujillo is a master at fostering a love for learning and a yearning for scientific discovery,” wrote Dr. Angelica Rocha, a former protégé of Trujillo who now serves as Assistant Director of Student Support for OTRES and is a research associate on campus. “It was as an undergraduate student in his courses, and later in his research laboratory, that I fell in love with scientific inquiry and, for the first time, felt that I belonged among scholars… I can say with certainty that I would not have sought a doctoral degree without his mentorship and guidance.”

Wang Award Winner a Master of Motivation for the Sciences