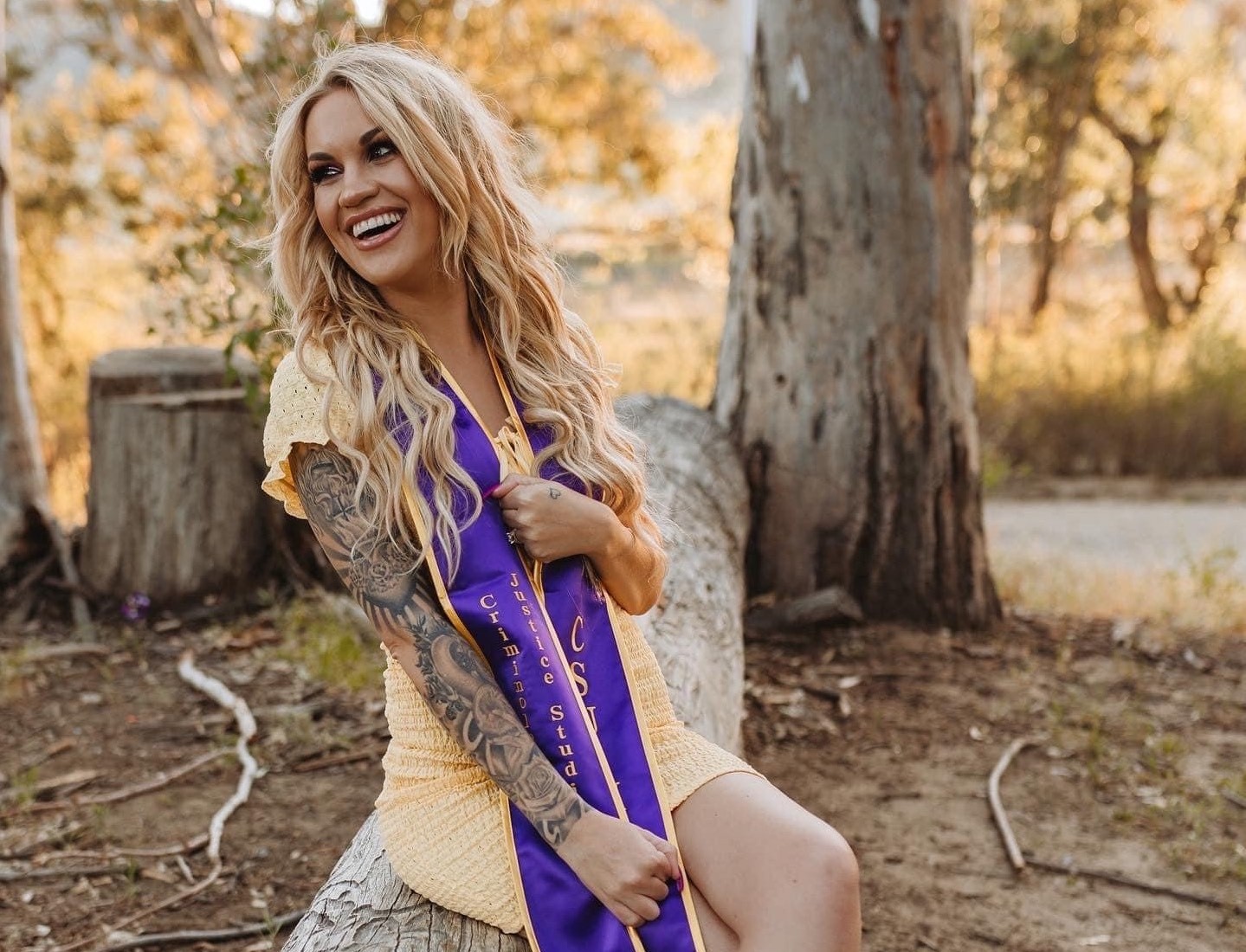 Nicole Nutt is graduating with a bachelor’s in criminology and justice studies.

When Nicole Nutt was expelled as a high school freshman, she spent her time continuing to do the things that got her kicked out in the first place – drinking, drugs, fighting.

Nutt was allowed to return to school as a junior, but she dropped out in the middle of her senior year. And, once again, she spent her time away from school doing the things that landed her in trouble.

None of the adults in Nutt’s life ever asked why she was acting out. Not her parents, not her teachers, not the administrators who were doling out punishment.

“I couldn't handle it,” Nutt said. “I was bullied a lot. There were a lot of things that happened, and I just checked out. I just didn't care, and the people at the school, it seemed like they didn't care what was happening.”

Nutt had been sexually assaulted at a party during her freshman year of high school, and she turned to drugs and alcohol as an escape.

But Nutt’s behavior changed in an instant when she learned that she was pregnant at 19. She quit everything – the drinking, the drugs, the partying. Nutt was focused completely on her daughter, Chanel, and ensuring that Chanel didn’t endure similar struggles.

For Nutt, part of setting an example meant getting an education, and she is completing the first part of that journey this month when she graduates from Cal State San Marcos with a bachelor’s in criminology and justice studies.

“As soon as I got pregnant, something clicked,” Nutt said. “It's crazy. A lot of the people that I grew up with, they're either dead, in prison or still strung out. And for some reason I got out of it.”

Escaping that life meant creating a better situation for herself and Chanel.

Nutt started taking early childhood education classes at Palomar College, figuring it might help her get a job at a day-care center, which would also allow her to have Chanel with her at work. But as Chanel got older, Nutt wanted to pursue other passions. Though she had dozens of credits in early childhood education, she changed her major at Palomar to sociology, which was in closer alignment with her desire to help children going through issues similar to her own.

When it came time for Nutt to decide whether to pursue a bachelor’s degree, Chanel’s biological father, a drug addict who was abusive to Nutt, was an unlikely inspiration. 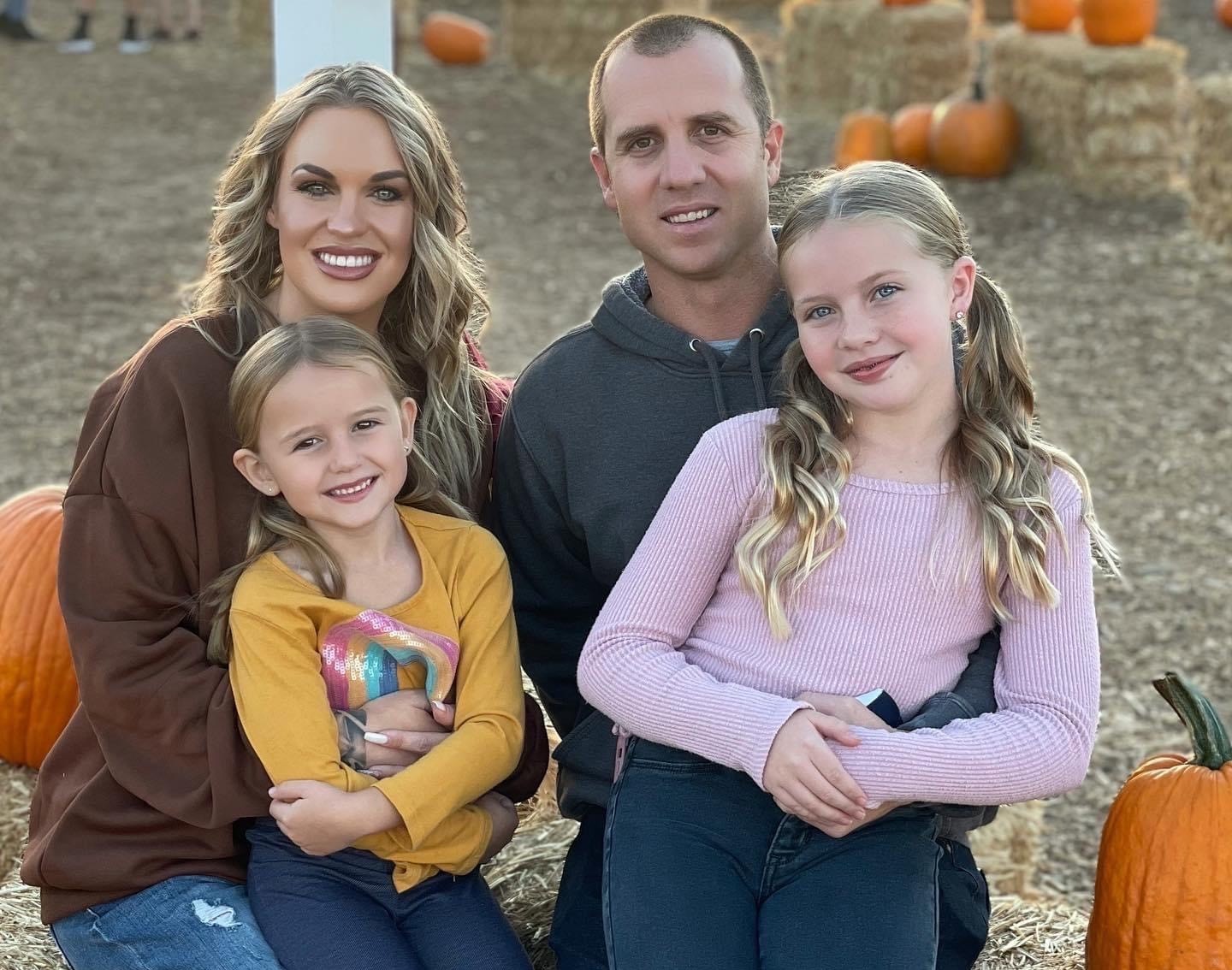 Although Nutt had the parental rights of Chanel’s birth father terminated because of his drug use, she allowed him to speak to Chanel on the phone and have supervised visits. But Nutt could tell that years of drug abuse were catching up to him, and his death two years ago from a heroin overdose didn’t come as a surprise.

“I knew that Chanel's birth dad was dying,” Nutt said. “I just felt it because the last time I had seen him when he came for a visit, he looked horrible. I said, ‘The next time I see you, it's going to be at your funeral.’ And then a couple of months later, he was dead.

“It felt the same way as when I first found out I was pregnant. I knew I needed to do something, to show my kids that you can't let things deter you from going forward in your life.”

Nutt applied for the bachelor’s program in criminology and justice studies through CSUSM at Temecula shortly after that last visit from Chanel’s biological father, and she learned of her acceptance three days after his death.

While Chanel’s biological father was sporadically present in her life, her father is Ryan Nutt, who adopted her after Nutt had the parental rights of Chanel’s birth father terminated. Nutt and Ryan, a Los Angeles County firefighter, have been married almost seven years and also have a 6-year-old daughter, Kinsley.

Nutt said she tries to be open and honest in age-appropriate ways with her daughters when it comes to the struggles she endured. She is also working hard to set an expectation of attending college by earning her degree.

Nutt has thrived at CSUSM, benefiting from the mentorship of professors like Christopher Bickel, Martín Leyva and Xuan Santos.

“Nicole is a fiery student with a passion for learning as well as for her work,” said Leyva, the university’s Project Rebound coordinator. “She is caring and empathetic and proactive in the lives of others. I admire her and her drive to be of service. Fire like hers is difficult to put out; it only ignites change.

“I admire her as a student. She really looks out for others, and it’s contagious.”

It’s a trait that has carried over into other aspects of Nutt’s life. She was a residential counselor for foster youth at Casa de Amparo, a nonprofit that offers treatment and prevention of child abuse and neglect in San Diego County, and she has been working as an intern at the Riverside Area Rape Crisis Center, which has offered her a full-time job after graduation.

But Nutt’s long-term goal is law school – she has been studying for the LSAT and plans to take it next year – and helping children who are tried as adults.

“Adults didn't have my back growing up,” she said, “so I want to be that person for someone.