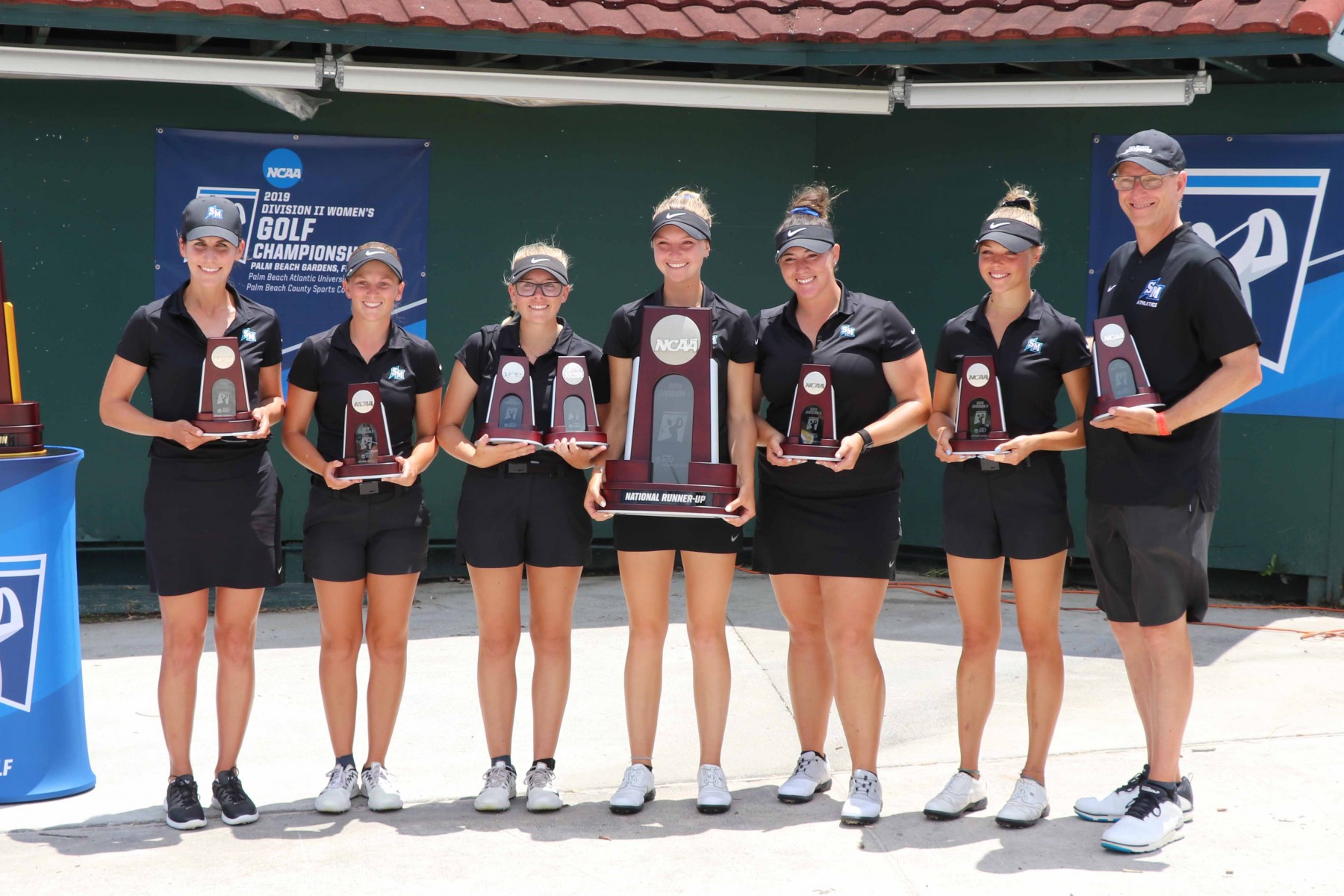 “It was during one of our staff meetings,” Hutton said. “I definitely got some stares, but I dream big. I thought, ‘Why couldn’t I make it to nationals with the women’s program?’ I had gotten there with the men before. Why not with the women?”

Not only did the Cougars accomplish that goal this season, but junior Jaime Jacob became CSUSM’s first NCAA national champion by winning the individual title last week at the PGA National Champion Course in Palm Beach Gardens, Fla. Jacob finished with a three-round total of even-par 219 to edge Gloria Choi of Southwest Oklahoma State.

CSUSM nearly won the team championship, too, finishing second after losing 4-1 to Florida Tech in the final on Saturday.

“I am so proud of this group of women,” Milo said. “Winning the runner-up trophy, individual champion and being second in the nation is a historical accomplishment for the program, department and entire university. We look forward to watching this team achieve even more next year.”

CSUSM was one of 16 teams in the country that advanced to the national championships. The teams played three rounds over three days, with the top eight moving into a medal round. While stroke play – the total number of strokes – was used to determine the order for the first three rounds, the final eight teams played match play, in which teams compete head to head based on seeding.

CSUSM, seeded second for match play, beat seventh-seeded Dallas Baptist 3-2 in the quarterfinals and defending national champion University of Indianapolis 3-2 in the semifinals.

The Cougars’ historic season came to an end the following day in the final against top-seeded Florida Tech.

“We had a pretty incredible year leading up to nationals,” assistant coach Jennifer Johnson said. “For it being their first time, I think they handled their nerves very well coming into the tournament. Once they realized just how big of a stage they were playing on, the nerves started to kick in, but they never gave up.”

The Cougars entered the season focused on being among the 16 teams that advance to the national championships after just missing the cut a year ago. The top four teams from each regional advance, and CSUSM finished sixth at the NCAA Division II West Regionals in 2018.

“I was proud that we were able to overcome our disappointing performance from the previous year,” Jacob said. “It felt amazing to be able to reinforce our national ranking by entering the tournament as the No. 3 team in the nation. Our hard work paid off, but we still want to achieve so much more.”

The Cougars won seven team championships and six individual championships during the season, both program records. As regionals approached, Hutton and Johnson focused on the top-four finish required to advance to nationals. The Cougars finished third to reach the NCAA Division II national championships for the first time.

“It was an absolute honor competing for CSUSM, my Cougar teammates and our coaches,” said sophomore Claire Hogle, who tied for 28th in the individual tournament. “We all wish we could have done more, and I am no exception, but we pulled it together and showed that we're capable of making it to the finals. I know I speak for all of us when I say, next year the outcome will be different.” 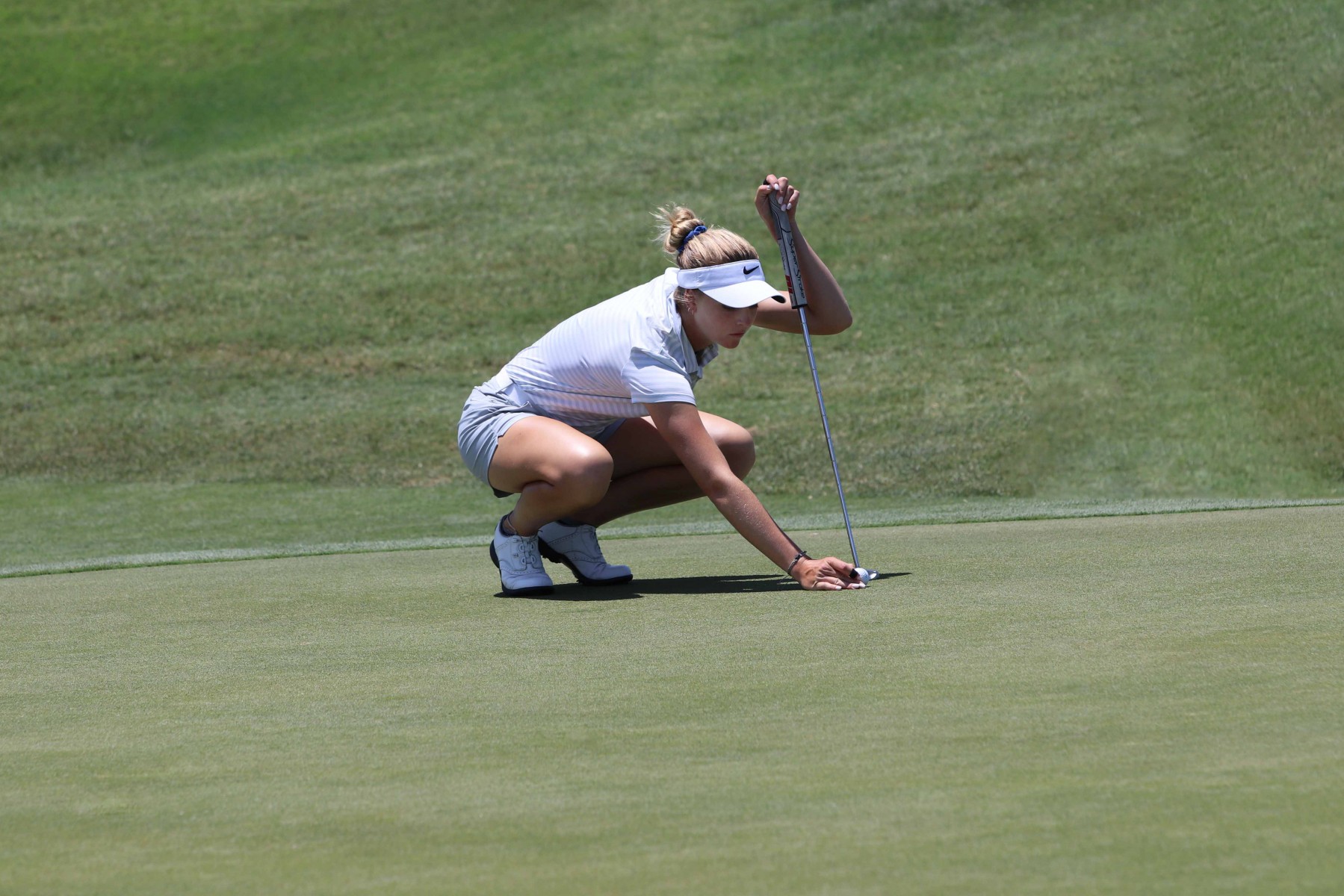