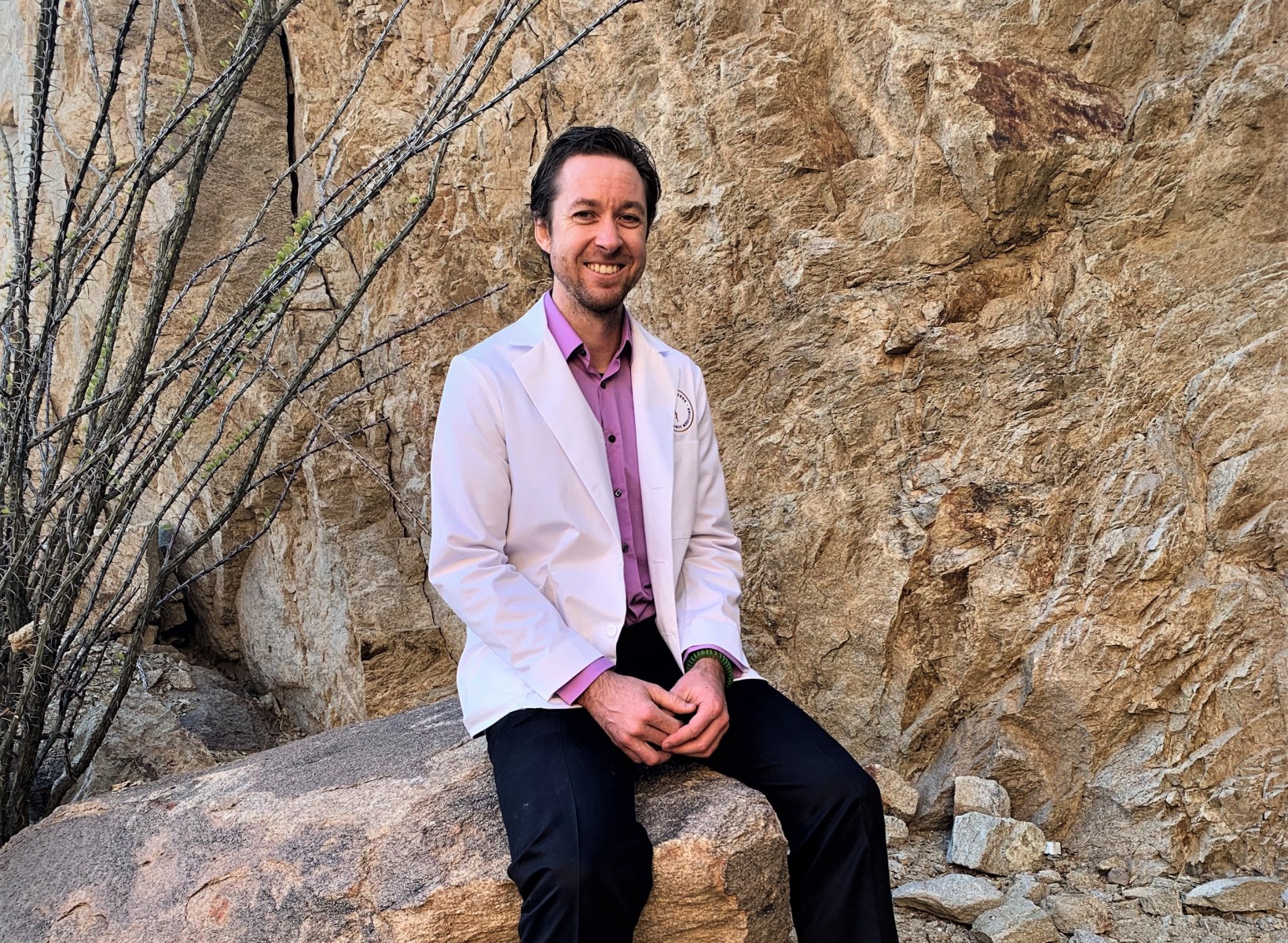 Jacob Thum, who earned his bachelor's in kinesiology at CSUSM, graduated from the Burrell College of Osteopathic Medicine in Las Cruces, N.M., and is preparing for his residency at Oregon Health & Science University in Portland.

Two of the biggest achievements in Jacob Thum’s life to this point can be traced back to the motorcycle accident he survived when he was 17.

Thum’s injuries left him in a wheelchair, wondering if he would ever walk again.

A year after the accident, after months of grueling rehabilitation, Thum was out of the wheelchair and had two goals: He wanted to hike the Pacific Crest Trail, a 2,650-mile journey from the U.S.-Mexico border to British Columbia, Canada, and he wanted to become a surgeon to help others the way doctors helped him.

Thum tackled the Pacific Crest Trail shortly after graduating from Cal State San Marcos in 2016. Though he ended his quest to complete the journey about 60 miles from the finish because of dangerous snow conditions, the experience continues to positively impact his life. It has even played a role in helping him achieve the second goal – even if that second goal changed as he learned more about himself.

Today, Thum is “Dr. Thum.” He graduated from the Burrell College of Osteopathic Medicine in Las Cruces, N.M., and is preparing for his residency at Oregon Health & Science University in Portland. But instead of entering that residency as a surgeon, as he thought he would when he began medical school, Thum is doing so as an anesthesiologist, which became a passion for him during his clinical rotations as a medical student.

“After my accident, I thought I wanted to be a surgeon,” Thum said, “until I actually started living their lives as a medical student. What they do is incredible, but it’s a really intense field that would not be sustainable for me. I learned so much from being in the OR, but having time away from medicine is also important.”

It was during a surgery rotation that Thum was inspired to pursue becoming an anesthesiologist. While Thum was in the OR waiting for the surgeon, the anesthesiologist on duty asked him if he wanted to try to intubate the patient.

Thum jumped at the opportunity. The anesthesiologist walked him through the steps before letting him attempt to put the tube down the patient’s throat. The results didn’t exactly go as planned.

“I've watched them do it before, and they just do it so smoothly,” he said. “I was like, ‘Oh, yeah, that looks simple. I could totally do that.’ And I just totally screwed it up.”

Instead of berating Thum, the anesthesiologist showed him how to correct the mistake. It was an interaction that made a lasting impression, one that led Thum to change his medical specialty.

It is that type of mentorship that Thum enjoyed during his time as an undergraduate student at CSUSM. Thum credits people like kinesiology professor Todd Astorino and chemistry professor Jackie Trischman, who is now the dean of the College of Science, Technology, Engineering and Mathematics, for helping him reach this point.

“I still have a strong emotional tie to CSUSM,” said Thum, who earned his bachelor’s in kinesiology with minors in chemistry and Spanish. “I just feel like I really kind of got serious about my career there. I met a lot of really amazing mentors during my time there.”

Thum encourages other CSUSM students who have an interest in pursuing medicine to focus less on where they attend school and place more emphasis on their residency.