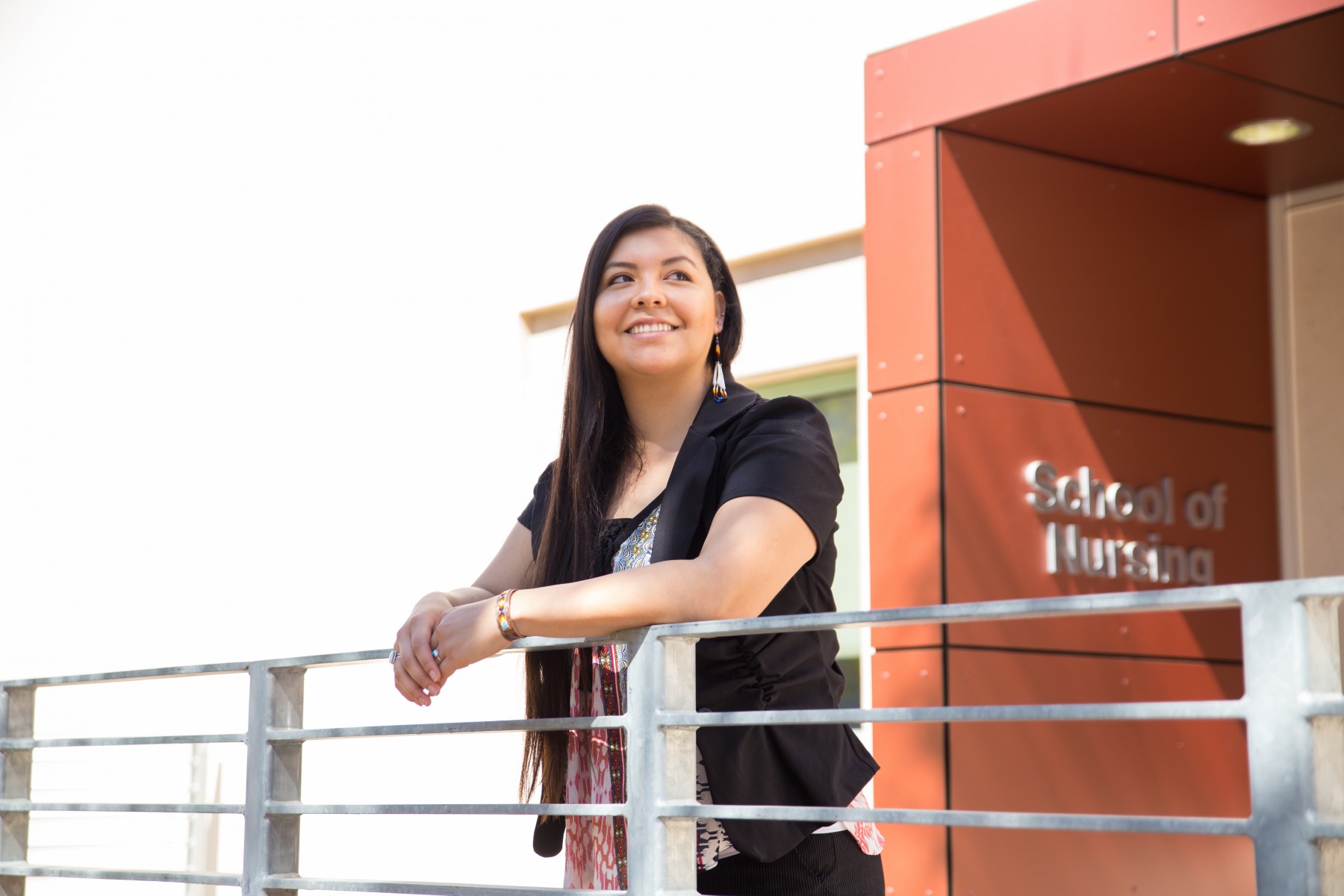 Graduating American Indians into Nursing Grant
Nesune Madrigal is enrolled in the School of Nursing through the GAIN grant, which provides funding for American Indian students to pursue a nursing education.

The students are attending CSUSM through a recently awarded grant called Graduating American Indians into Nursing (GAIN). Funding for the grant didn’t become official until shortly before the start of the fall semester, which meant working fast to get the students on campus.

Fortunately, Dr. Deborah Morton, an assistant professor of public health and the co-principal investigator on the grant, had already identified potential students for the program thanks to help from Geneva Lofton-Fitzsimmons and Dr. Joely Proudfit.

Dr. Denise Boren, co-principal investigator and the director of the School of Nursing, then worked to ensure a smooth enrollment process. The students visited campus on the Friday before classes started for a quick meeting and dived right into the program the following week.

“It was a miracle,” said Mary Sandoval, one of the students enrolled in the master’s program. “This came to me and I couldn’t believe it was true. I think everybody in the program had that same experience.”

The grant covers tuition, books, fees and a stipend of $1,500 per month for each student. Funding was for six students, but one had to withdraw, a void Boren and Morton will try to fill next fall.

Boren is stepping down from her role as School of Nursing director at the end of the academic year to focus on grants and being more directly involved with the GAIN students. The move will also allow her to take on additional responsibilities related to the grant, and she is optimistic that will free up additional funds to add a couple more students through the grant.

“Nurses spend so much time with patients,” Boren said. “It’s really important to have nurses who understand the American Indian culture.” 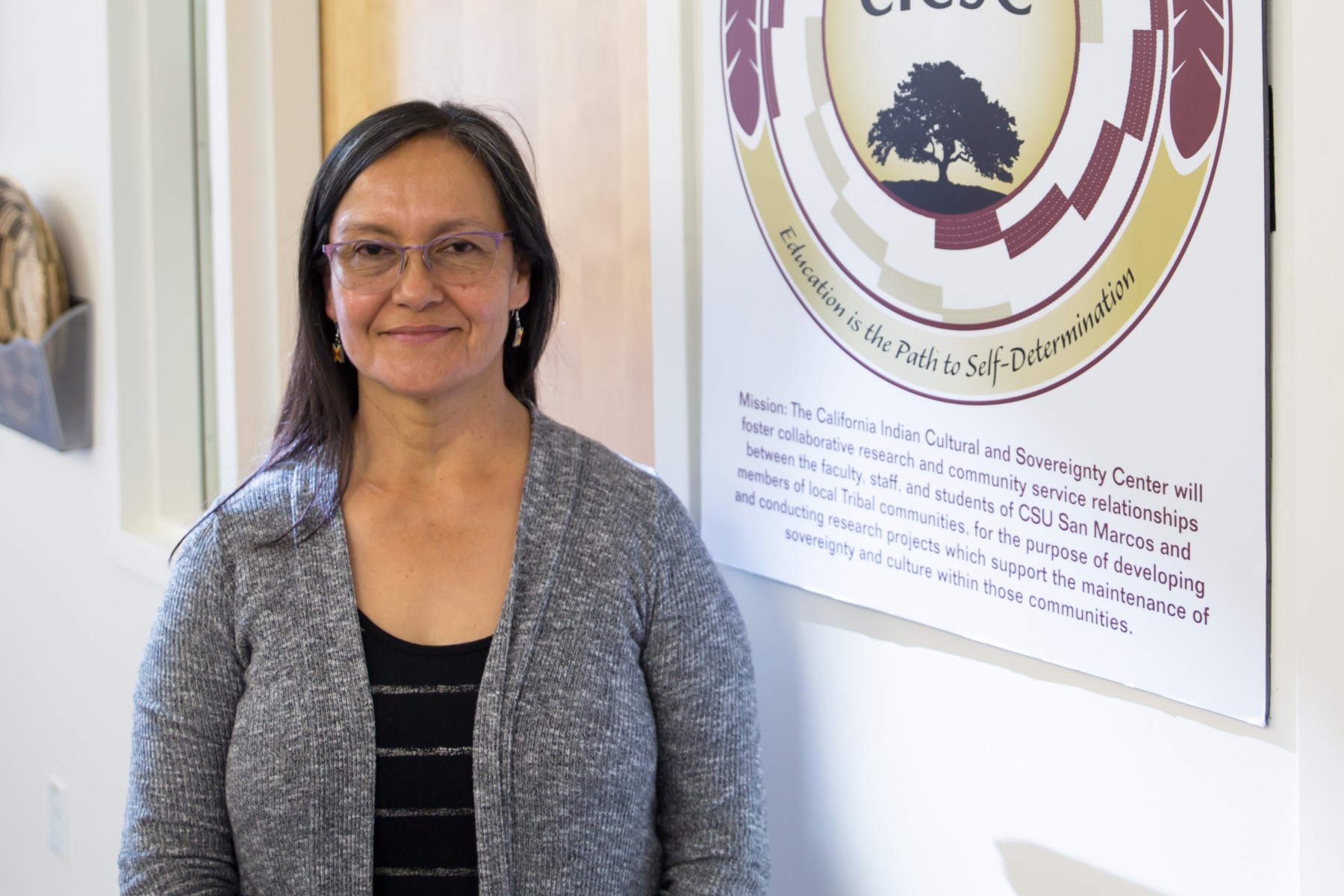 Graduating American Indians into Nursing Grant
Mary Sandoval is enrolled in the School of Nursing's masters program through the GAIN grant, which provides funding for American Indian students to pursue a nursing education.

Morton said the grant had covered the same four universities for over 20 years. However, she said spots opened up for newcomers because two of the universities became self-sufficient and no longer needed to rely on the grant. That opened the door for CSUSM.

“We have a nursing shortage in California and we have more American Indians than any other state,” Morton said. “It was a great opportunity for us.”

Mary has been working as a nurse for Riverside-San Bernardino County Indian Health for nearly 20 years. She has long wanted to pursue her master’s, but didn’t have the means to do so while working full time and raising five children.

While her children are now adults, she is still paying off her undergraduate loans and working full time. But the GAIN grant has enabled her to pursue her master’s while continuing to work.

Mary’s niece, Nesune Madrigal, is another of the students who is attending CSUSM through the GAIN grant.

Nesune attended Mt. San Jacinto College and had been considering transferring to CSUSM to pursue her bachelor’s in nursing. Once the grant became a reality, it made for an easy decision.

“I got a call on a Friday about a week before fall semester,” Nesune said. “I was shocked and overwhelmed. It’s such an honor to be chosen to go into the program knowing how competitive it is to get in. I’m really grateful for the opportunity.”

Nesune said that Boren was instrumental in not only making the accelerated enrollment process go smoothly, but also ensuring that the students have access to all of the resources necessary to succeed.

“It’s not just their academics,” Boren said. “We want to make sure everything is OK in their personal life and that they have everything they need to be successful in the program.”

One of the requirements of the grant is that students, upon graduation, are required to spend an equal amount of time working in an Indian Health Service-approved clinic in their new jobs for scholarship payback. For the CSUSM students, that means committing three years after graduation to working for an Indian Health Service-approved clinic. That commitment aligns perfectly with the goals of Mary and Nesune, who both want to help improve healthcare for American Indians.

“I want other children and young people who come in to see me there doing that job so that they might be encouraged to do the same thing and hopefully increase the number of American Indian healthcare providers that we’ll have at our clinics,” Mary said.

Said Nesune: “I want to take what I learn back to my reservation and my tribal community where it’s greatly needed. We really need more of our people in the medical field. There definitely can be improvements. I want to be part of that improvement and bringing our people forward in healthcare.” 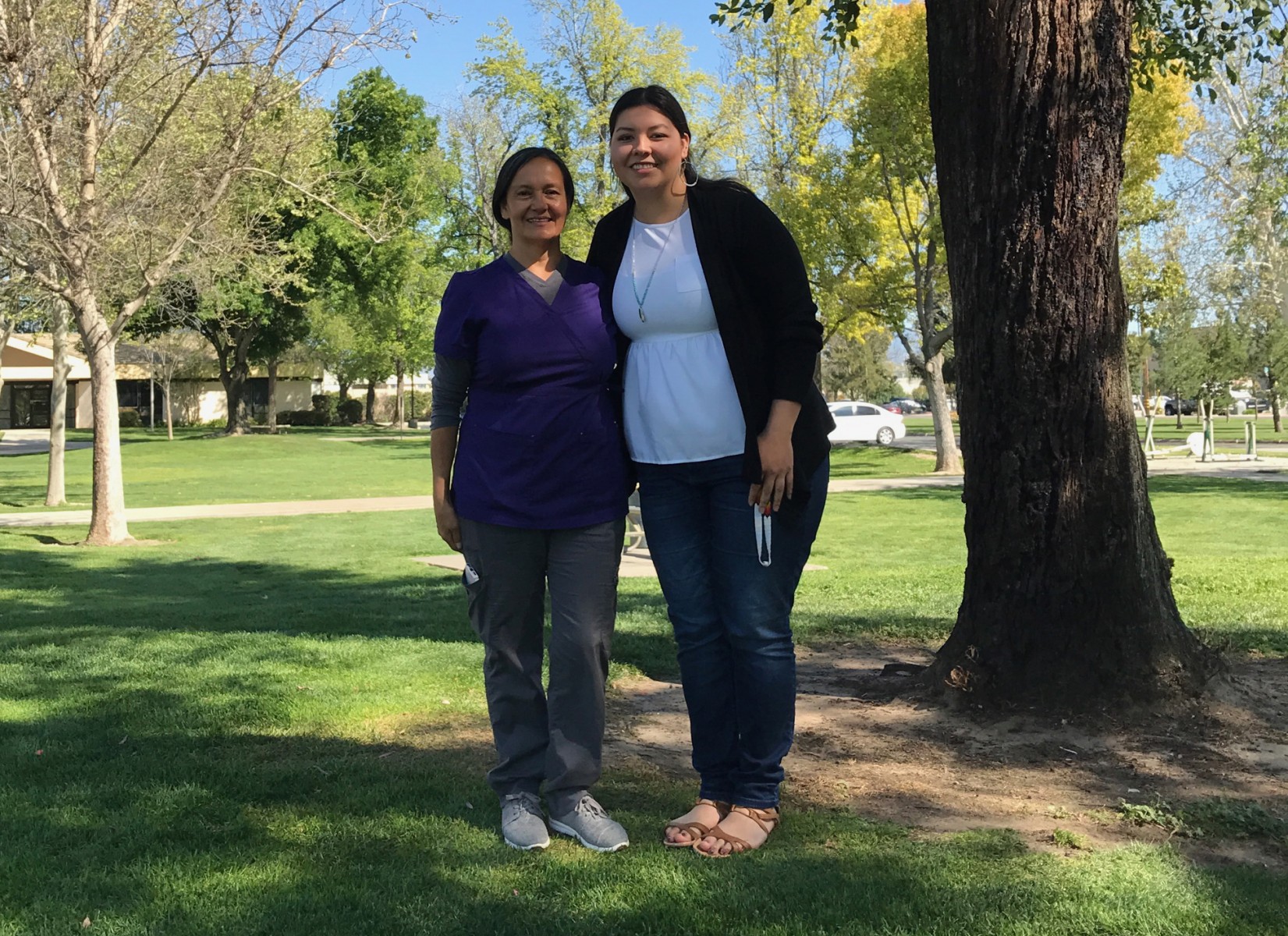 Graduating American Indians into Nursing Grant
Mary Sandoval (left) and her niece Nesune Madrigal are enrolled in CSUSM's School of Nursing through the GAIN grant, which provides funding for American Indian students to pursue a nursing education.
NewsCenter