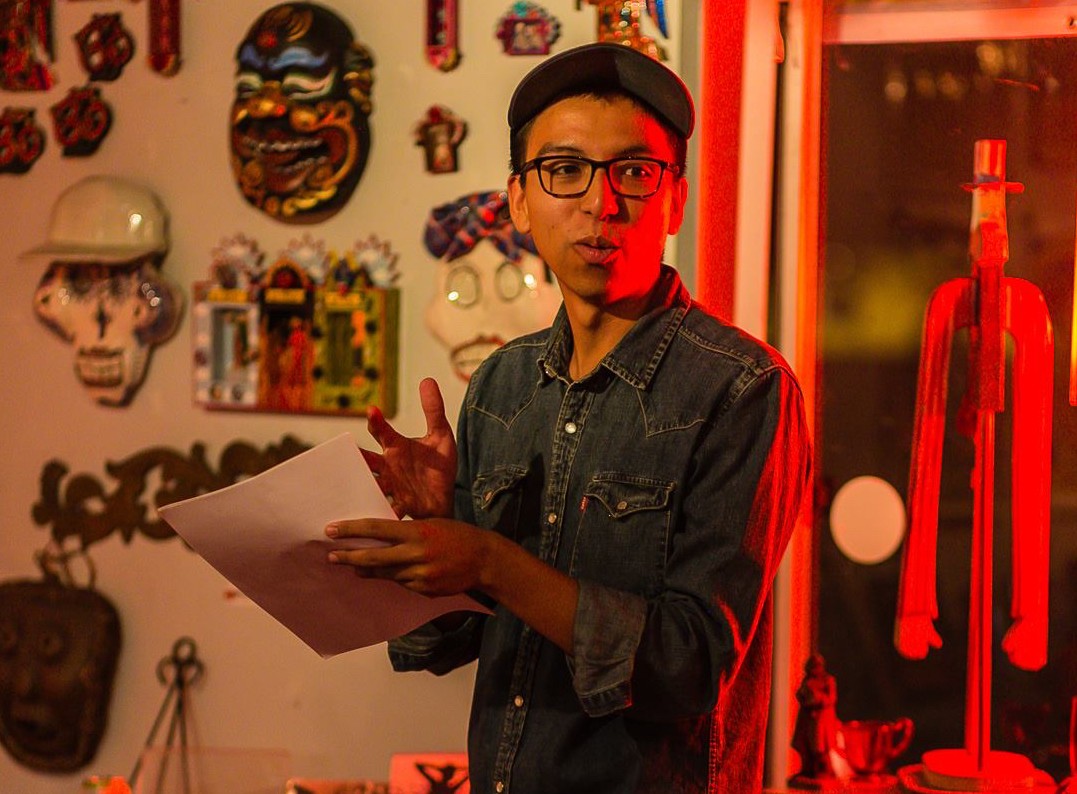 Alfredo Aguilar, who graduated from CSUSM in 2013 with a degree in literature and writing studies, recently received his acceptance to the Michener Center for Writers at the University of Texas at Austin.

Cal State San Marcos alumnus Alfredo Aguilar has been invited to attend one of the most prestigious creative writing programs in the United States.

Aguilar, who graduated from CSUSM in 2013 with a degree in literature and writing studies, recently received his acceptance to the Michener Center for Writers at the University of Texas at Austin. He will be enrolling this fall in the three-year program through which he’ll pursue a Master of Fine Arts with a focus in poetry.

During the three years, Aguilar will work on his writing, workshop with other writers and study poetry.

“Alfredo is one of most gifted and disciplined students I have been privileged to work with over 35 years of teaching creative writing at the undergraduate and graduate levels,” said Martha Stoddard Holmes, a literature and writing studies professor. “As a first-generation undergraduate in my creative writing and creative nonfiction workshops, he distinguished himself as one of the few actually living the life of a poet and maker.

“Alfredo’s sharp and lyrical enactments of complicated border experiences weave a powerful sense of family voices, identities, histories and relationships. His poetry is thrillingly evocative of place and body, but more of specific places and bodies that readers are changed by and will never forget.”

The Michener Center, founded in the early 1990s, receives close to 1,000 applications annually for only 12 seats in the program. Its students come from all over the world, and its graduates have been finalists for the Pulitzer Prize and the National Book Award.

“The opportunity is really kind of extraordinary, as it will offer me the time and resources to focus solely on my writing and my growth as a writer for the next few years,” said Aguilar, who has lived in Texas since 2019. “It'll also give me the opportunity to build community with writers in a region that's still fairly new to me.”

Aguilar was born and raised in Fallbrook. His first book of poetry, “On This Side of the Desert,” was published last year by Kent State University Press and was selected by poet Natalie Diaz for the Stan and Tom Wick Poetry Prize. He has been awarded fellowships from MacDowell, the Middlebury Bread Loaf Writers' Conferences and The Frost Place Poetry Conference, and his writing has appeared in such places as The Paris Review, Poetry Northwest and “Best New Poets 2017.”

Ruby Reyes, a human development student and TRIO McNair scholar, has been selected to participate in a summer research program at Duke University this summer. Reyes, who was chosen from among 600 applicants from across the country, will work with Sarah Elizabeth Gaither, a psychology and neuroscience professor at Duke.

Reyes will also be presenting her research on Mexican-American college students’ career aspirations at the National Conference on Undergraduate Research on April 13.

Alumna Alyssa Schrom, a fourth-grade teacher at Del Rio Elementary, has been named a 2020-21 Teacher of the Year by Oceanside Unified School District.

Schrom, who was part of the School of Education’s Integrated Credential Program from 2011-13, is now a finalist for San Diego County’s teacher of the year award.

On Friday, a new concert venue will open in Del Mar with a performance by reggae star Ziggy Marley, an eight-time Grammy winner.The Sound is a $17 million facility with a footprint of 9,500 square feet and capacity for 1,900 spectators. Open to all …
Read more

Everyone knows about the life-or-death danger that military members are exposed to when they enlist. Perhaps less appreciated is the everyday wear and tear that their bodies absorb because of the physical rigors of the job. Bob Smetanka is all too …
Read more

The way that Logan Davidson kept his demons at bay was by never stopping to consider them. He was the kind of person who lived his work and took pride in the constant thrum of action.  Then the pandemic happened, and the world slowed to a crawl. …
Read more
NewsCenter