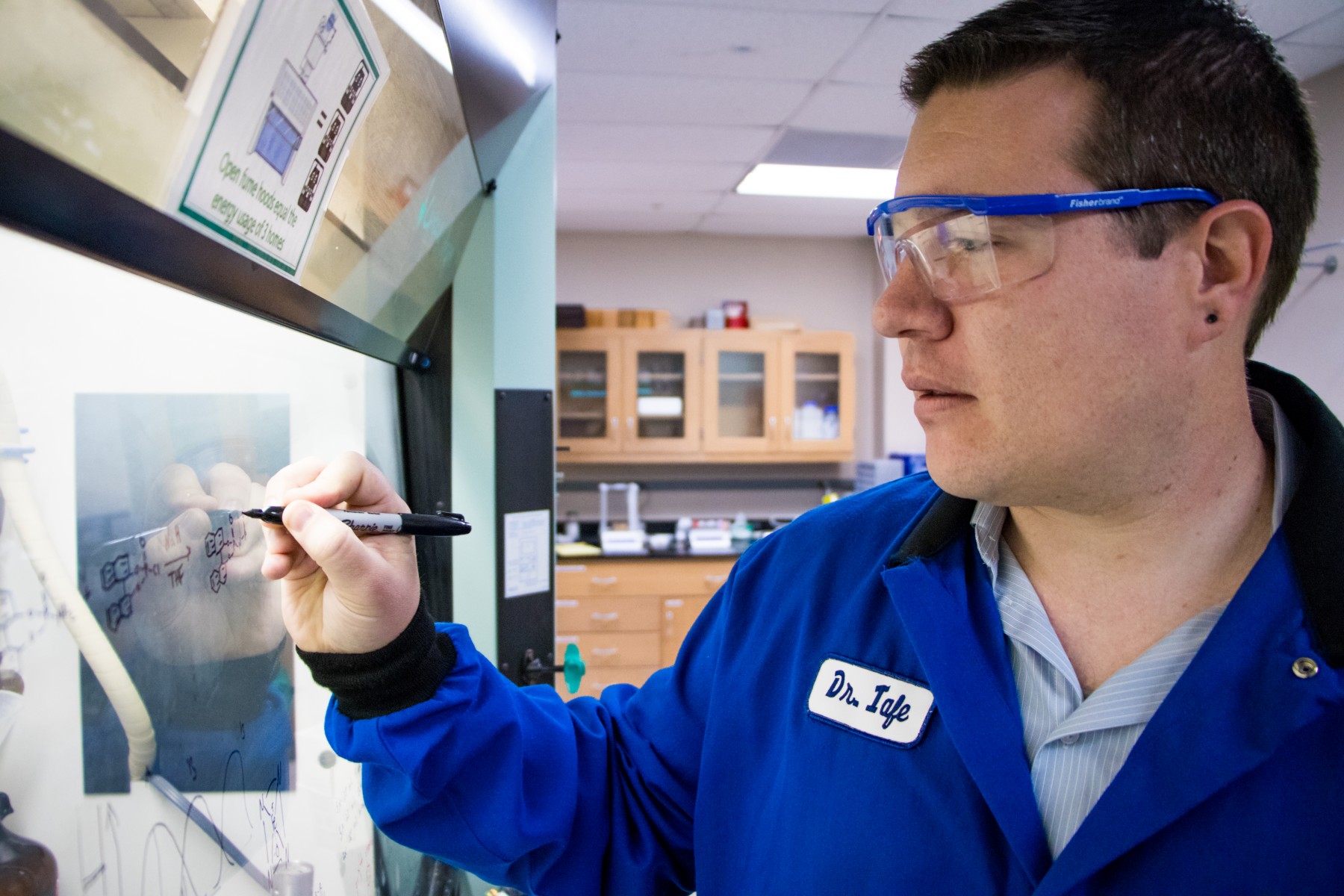 Robert Iafe
Robert Iafe, an assistant professor of chemistry and biochemistry, had his proposal for the Jean Dreyfus Lectureship for Undergraduate Institutions selected by the board of directors of the Camille & Henry Dreyfus Foundation. Photo by Gavin Hedges

Robert Iafe, an assistant professor of chemistry and biochemistry, had his proposal for the Jean Dreyfus Lectureship for Undergraduate Institutions selected by the board of directors of the Camille & Henry Dreyfus Foundation.

CSUSM is one of just six institutions throughout the nation selected for the 2018 award.

The award includes an $18,500 grant that will allow the Chemistry & Biochemistry Department to bring to campus a leading researcher in the chemical sciences to give two lectures – a popular lecture and a more technical one – and to interact substantially with undergraduate students and faculty during the visit.

More than half of the grant will go to support the summer research of two undergraduate students.

The Jean Dreyfus Lectureship for Undergraduate Institutions is sponsored by the Camille & Henry Dreyfus Foundation, which promotes research and lectureships at primarily undergraduate institutions.

CSUSM’s Psi Epsilon Chapter of Sigma Delta Pi, the National Collegiate Hispanic Honor Society, has been named an “Honor Chapter” for its outstanding activities in 2017-18. It is CSUSM’s second straight year receiving the distinction.

Only 10 of the more than 615 chapters of Sigma Delta Pi received the honor, which is based on the caliber of chapter projects that reflect the society’s mission of honoring excellence in the study of Spanish, contributing to cultural understanding and upholding its goals.

Lorna Kendrick, director of CSUSM’s School of Nursing, was among 30 academic nursing leaders selected to participate in the American Association of Colleges of Nursing-Wharton program, Aug. 6-9 in Philadelphia. The annual four-day program is taught by Wharton faculty, who present content designed to advance chief academic administrators to a higher level of leadership.

Luna Prieto earned an Induction Recognition Award from The National Society of Collegiate Scholars for $1,000. The award is given to students who exemplify leadership and excellence through their academic achievement.

Linsey Bahl, who graduated with a bachelor’s in marketing in 2016, was recognized as a member of the “Front Office Sports Rising 25 Award Class of 2018.” The class includes 25 professionals in the sports business industry. Bahl, a marketing coordinator for Fox Sports San Diego, was selected from among 140 nominees.