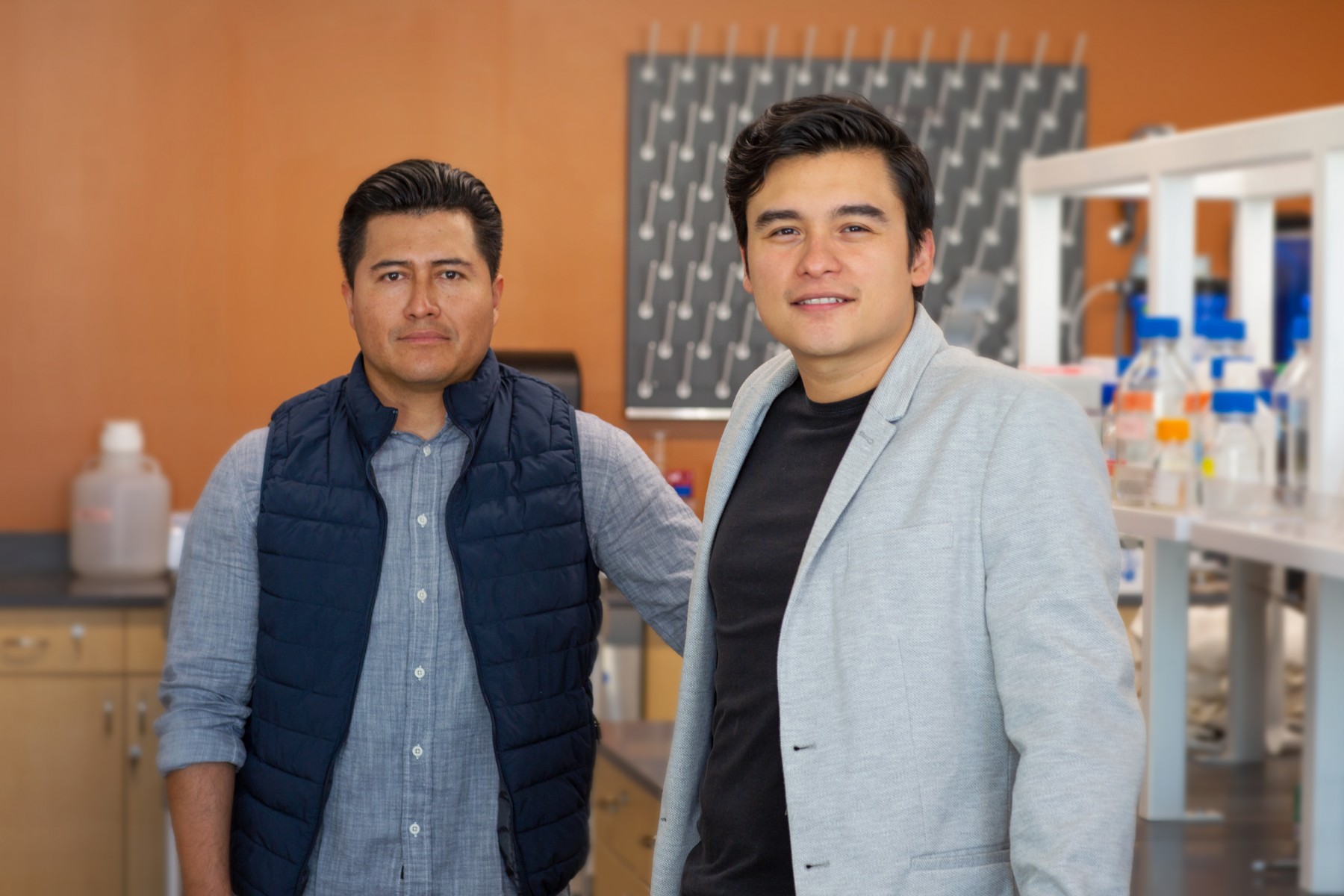 Roberto Cano and Edgar Salazar are about to launch a business that has the potential to transform scientific research in Mexico with one simple goal: making it more affordable.

Cano and Salazar are developing a Tijuana-based company, SinerLab, that will introduce an innovative online sharing platform for reagents, equipment and services to address the deficit of laboratory resources faced by many scientists in Mexico. This creative solution will both reduce costs and increase availability of the critical supplies needed for research and development.

“José and I talk about how we develop science in the United States and how there is a huge gap in research and development in Mexico,” Salazar said. “There are good institutions in Mexico, but they are lacking in technology.”

Cano and Salazar each launched their careers in Mexico after earning their undergraduate degrees — Cano in medicinal and pharmaceutical chemistry and Salazar in agricultural mechanical engineering. Their paths didn’t cross until after both had moved to the United States and enrolled in the Master of Biotechnology: A Professional Science Master’s Degree (MBt) at Cal State San Marcos.

For his capstone project, Cano was working on a nonprofit business plan to match San Diego biotech companies that could donate used equipment with researchers in Mexico who need access to equipment. Realizing ultimately that this plan was not viable — import/export procedures alone were prohibitive — he quickly pivoted to a for-profit model based in Mexico with a shared online network of resources that scientists could either offer or access.

“The purpose is to connect researchers within Mexico to help them make better use of the resources that are already in the country,” Cano said. “That will facilitate research and make it less expensive.”

Cano’s capstone presentation caught the attention of many in the room.

“José is committed to doing the right thing and serving people in need,” said Betsy Read, a founder of the MBt program and CSUSM professor of biological sciences. “One of his committee members, the CEO of a large organization in San Diego, was so impressed with what José was proposing that he asked if José was planning to move it forward.”

That’s where Salazar came in. José recruited Salazar, who was in the cohort just behind him, and Salazar developed the new business plan for the online sharing company as his capstone project. The model, SinerLab, is going into pilot testing by the two graduates, who are now business partners. Both also hold full-time jobs — Salazar as a process development engineer for Illumina and Cano as a stem cell researcher for Fate Therapeutics.

To move their business idea from page to lab, Cano and Salazar are working with The Founder Institute, a Silicon Valley startup accelerator that helps entrepreneurs through the early phases of their business creation.

“José and Edgar are driven to help bring more science capability to Mexico and developing countries to improve the health and welfare of the people there,” said Al Kern, an MBt program founder and adviser for the SinerLab project.

“When I talked to Edgar about working on the project as part of the master’s program, I told him I didn’t want it to stop there,” Cano said. “I think this is a really good idea and I want to make it real because I think we can make science more affordable and help a lot of researchers get faster results.”