Cathy Baur has been appointed vice president for University Advancement at California State University San Marcos. Baur had been serving in the position in an interim role since November. 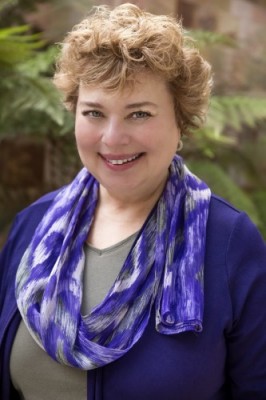 As vice president for University Advancement, Baur is responsible for division oversight of advancement, communications, alumni engagement, and events and conference services.

Baur also is overseeing CSUSM’s first comprehensive fundraising campaign, Forward Together. The $50 million campaign is a united effort encompassing the University’s commitment to preparing tomorrow's leaders, building great communities and solving critical issues. CSUSM is more than 75 percent of the way toward its goal having raised more than $37.5 million.

“Cathy’s appointment allows us to maintain a leader in the division with a historical perspective, knowledge of our campus and a solid understanding of development and communications operations,” CSUSM President Karen Haynes said. “Furthermore, her leadership will provide a continuing strong trajectory during the last 18 months of our major philanthropic campaign, Forward Together.”

Baur has worked for CSUSM since December 2008 when she was hired as the University’s associate vice president for communications. In that role, she was responsible for overall campus communications, media relations, publications, marketing and branding, social media, web communications and legislative affairs.

Baur has more than 25 years of experience in public relations, management and communications in both the public and private sectors. She received her bachelor’s in journalism and public relations from Fresno State and her MBA from UC Irvine’s Paul Merage School of Business.