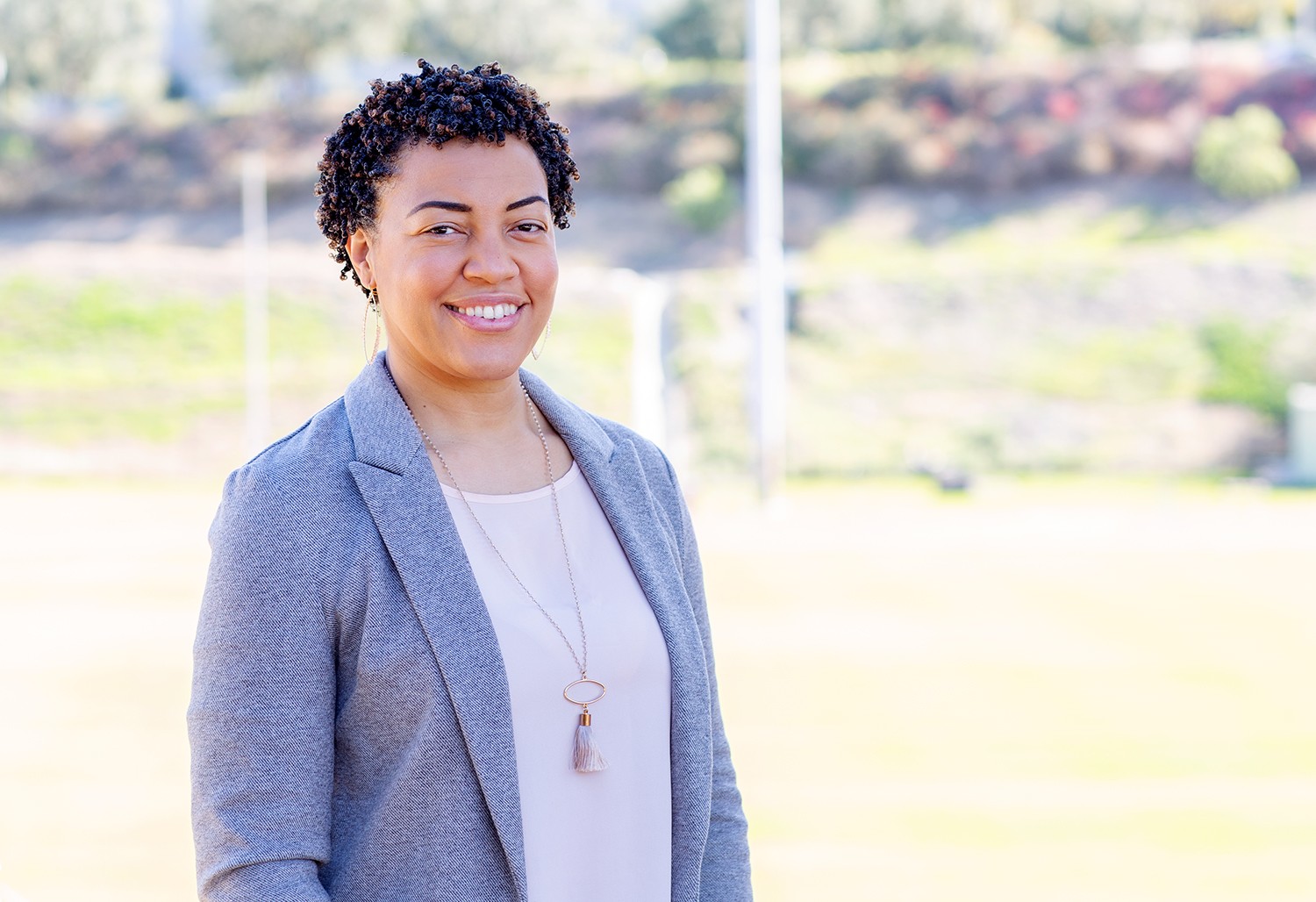 Kamilah Brown graduated from college in 2001 with a bachelor’s degree in communications, but it was a sage piece of advice and a twist of fate that led to her true calling.

Just a month after earning her degree, the 9/11 terrorist attacks shocked the nation, creating short- and long-term changes for the country. Amid the social and economic impacts in the aftermath of 9/11, the job market suffered. But Brown had followed a savvy tip to take the California Basic Educational Skills Test (CBEST) required to become a substitute teacher in California.

With that qualification, Brown quickly found a position as a substitute teacher in the Compton Unified School District. And just like that, she fell in love with teaching.

“It was effortless,” she said. “They placed me in a class where the teacher was out for the semester. I had a group of second graders on a long-term assignment. It was such a positive experience.”

Still, Brown spent some time cycling between work as a substitute teacher and positions in the field for which she had trained, including roles in the technical education department at the NASA Jet Propulsion Laboratory/CalTech and in television for “Steve Harvey’s Big Time Challenge.” But teaching kept calling to her.

Finally, in a conference room in Hollywood, she told Steve Harvey she was leaving the show to go to graduate school and earn her teaching credential. Her mind was made up.

“Teaching found me and it wouldn’t let me go,” Brown said. “I have always been one to connect with the community, so the connection with the families and the students drew me in. It was the joy and it was seeing the ‘aha’ moment. It was the feeling that I’m doing something that matters, that I’m helping children in the community be successful.”

Over the years, Brown has worked in schools from Los Angeles to North County San Diego and with students from kindergarten through 12th grade. No matter the grade, she is fulfilled by every class she teaches and she sees every student as filled with potential. Accordingly, she works hard to meet each student’s needs.

“As a Black woman, I’ve had my own personal schooling experience of not really getting what I needed in some schools,” she said. “You work that much harder because you see the students who look like you and you have this drive to do everything you can to set every student up for success, to provide them with what you didn’t have.”

After years of teaching, moving into administration was a natural next step. Making that change during a global pandemic wasn’t. In July 2020, Brown became the assistant principal at Breeze Hill Elementary School in the Vista Unified School District.

“I don’t know what was more challenging: having taken this position during a pandemic and helping to run a school, or doing this while being new in the district and trying to learn all of the systems and policies,” Brown said.

Regardless, she says her teaching experience and the CSUSM program both equipped her for her new responsibilities as well as for what the future holds post-pandemic.

“The way the (CSUSM) program paced us, you have the sense that you’re prepared to do this work and, even if you don’t have all of the tools, you have everything you need within you,” she said.

“There are a lot of people who say they will be glad when the schools get back to normal. I push back on that a little bit. I don’t want to go back to normal; I want to move forward to better.”