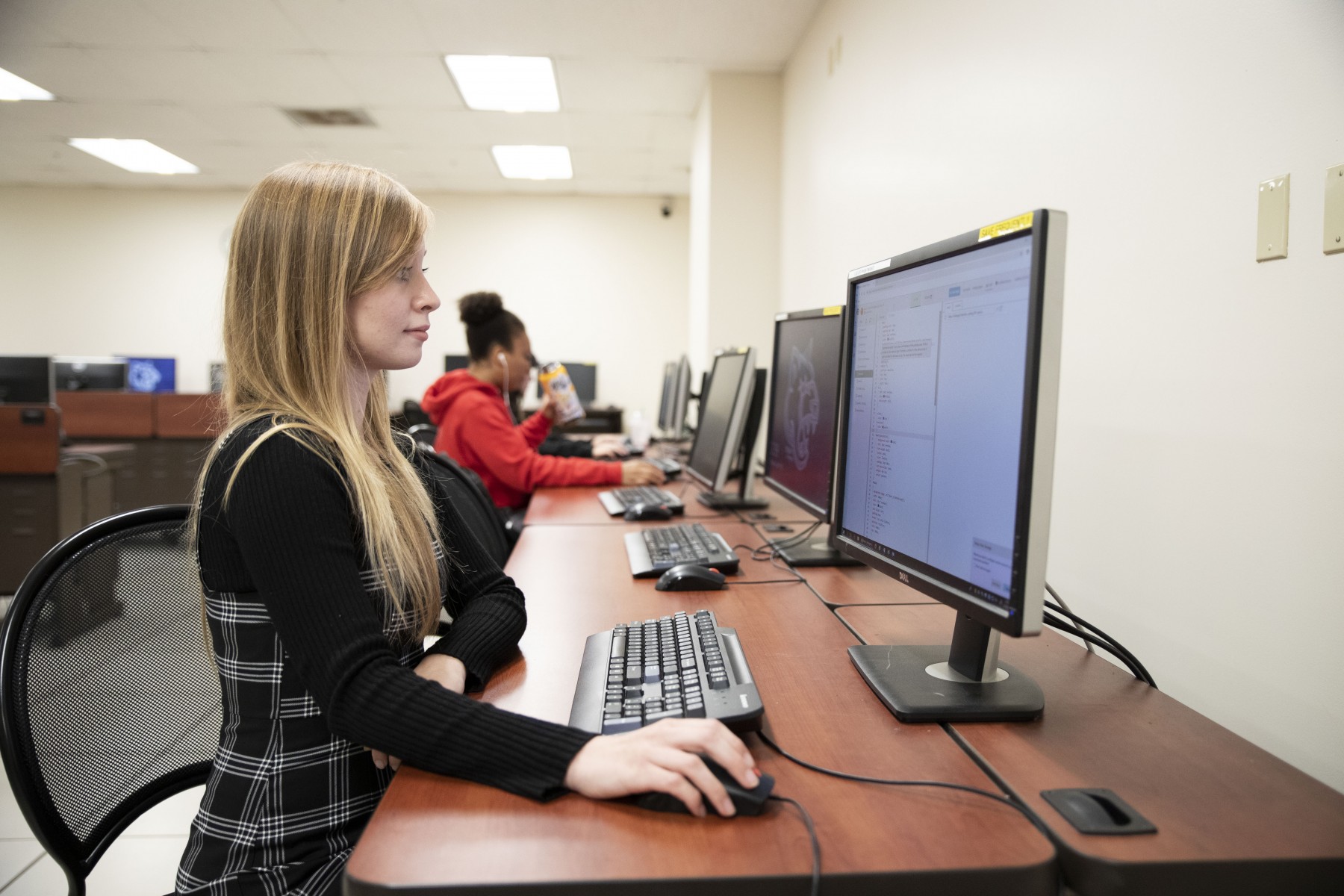 Ashley Jacobs
A CodeQueens Club member while a student at Mission Hills High School, Ashley is a second-year CSUSM student now working as a mentor for CodeQueens members. Photo by Andrew Reed

Today, Ashley and Marissa work as mentors to high school students participating in the program, but it wasn’t long ago that both were CodeQueens participants themselves.

“CodeQueens has a great impact, the greatest one being exposure to the field,” added Marissa, a first-year software engineering student.

Ashley and Marissa will both be at nearby Mission Hills High School on Saturday for the CodeQueens Showcase, an annual event where participants share the online games they created during the semester. The assignment for this semester’s showcase was to create a game to combat distracted driving.

Eight North County high schools are participating in the showcase from 9 a.m.-1 p.m. in the Mission Hills library. The event is free and open to the public, and prizes will be awarded to participants.

Ashley and Marissa each developed their interest in computer science and software engineering through their time as high school participants in the CodeQueens Club.

While many participants know little about the topic when they join, Ashley wanted to get involved while she was a student at Mission Hills because she had an interest and knew it was something she wanted to pursue in college.

However, she knows that is the exception.

“I think the main reason that girls aren’t going into the field is a lack of exposure to computers,” Ashley said.

Neither computer science nor software engineering were on Marissa’s radar until she joined CodeQueens, and she credits her high school teacher, her CSUSM CodeQueens mentor and CSUSM professor Dr. Youwen Ouyang for providing inspiration to pursue it in college. 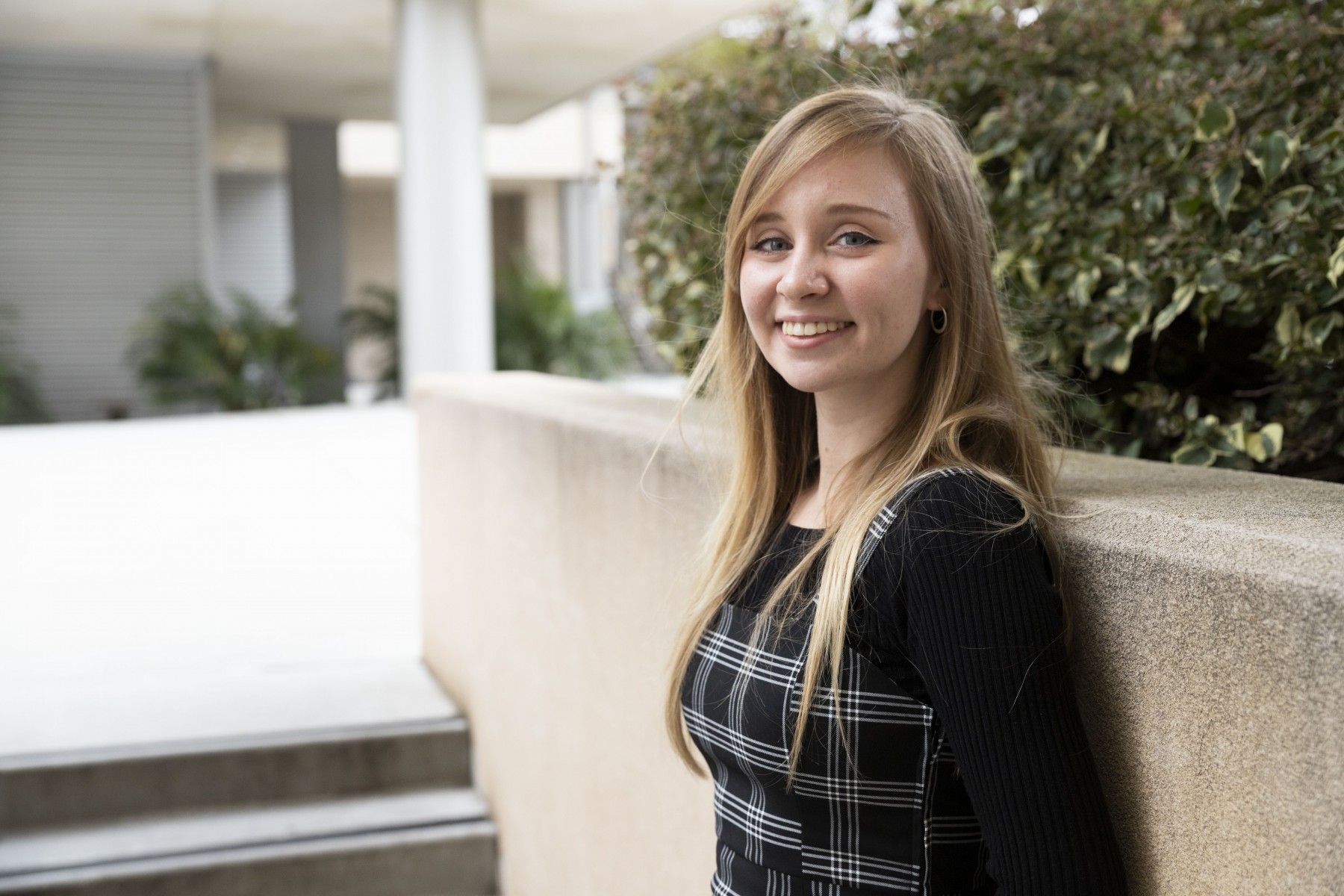 Ashley Jacobs
A CodeQueens Club member while a student at Mission Hills High School, Ashley is a second-year CSUSM student now working as a mentor for CodeQueens members. Photo by Andrew Reed

Ashley and Marissa are part of a group of student mentors from CSUSM who lead weekly club meetings at North County high schools and teach participants the fundamentals of computer programming while engaging them in activities that build their self-efficacy and identity as programmers and problem-solvers. Ashley spent the semester working with students at Mission Hills and Escondido High while Marissa worked with students at San Marcos High.

“It’s a fun after-school activity,” Marissa said. “And then some of them say, ‘I found out I like computer science and I’m really interested in pursuing it after high school.’ ”

This is the final year of the three-year grant, which is titled “Inspiring Commitment for STEM Career Paths through Extended Women’s Hackathons.” But Ouyang said they anticipate receiving a one-year extension from NSF and are looking for ways to partner with local organizations to extend the program beyond the NSF funding.

“I’m always amazed by the support from the community,” Ouyang said. “We couldn’t do the showcase without the support of the professionals who come out to help.”

Ouyang has lined up more than a dozen professionals to help at Saturday’s event, including multiple members of CSUSM’s Instructional and Information Technology Services team.

The program has been a tremendous success, not only introducing girls to coding and computer science, but also helping them make connections at CSUSM and continuing efforts to build a more diverse computer science workforce for North County.

“Even the girls who aren’t necessarily looking to get into computer science, even if they’ve decided to pursue something else, it’s a really good experience for them to work in a team and learn to cooperate with other people,” Ashley said. “It’s not about learning all the specific details of computer science, it’s about being able to work together.”