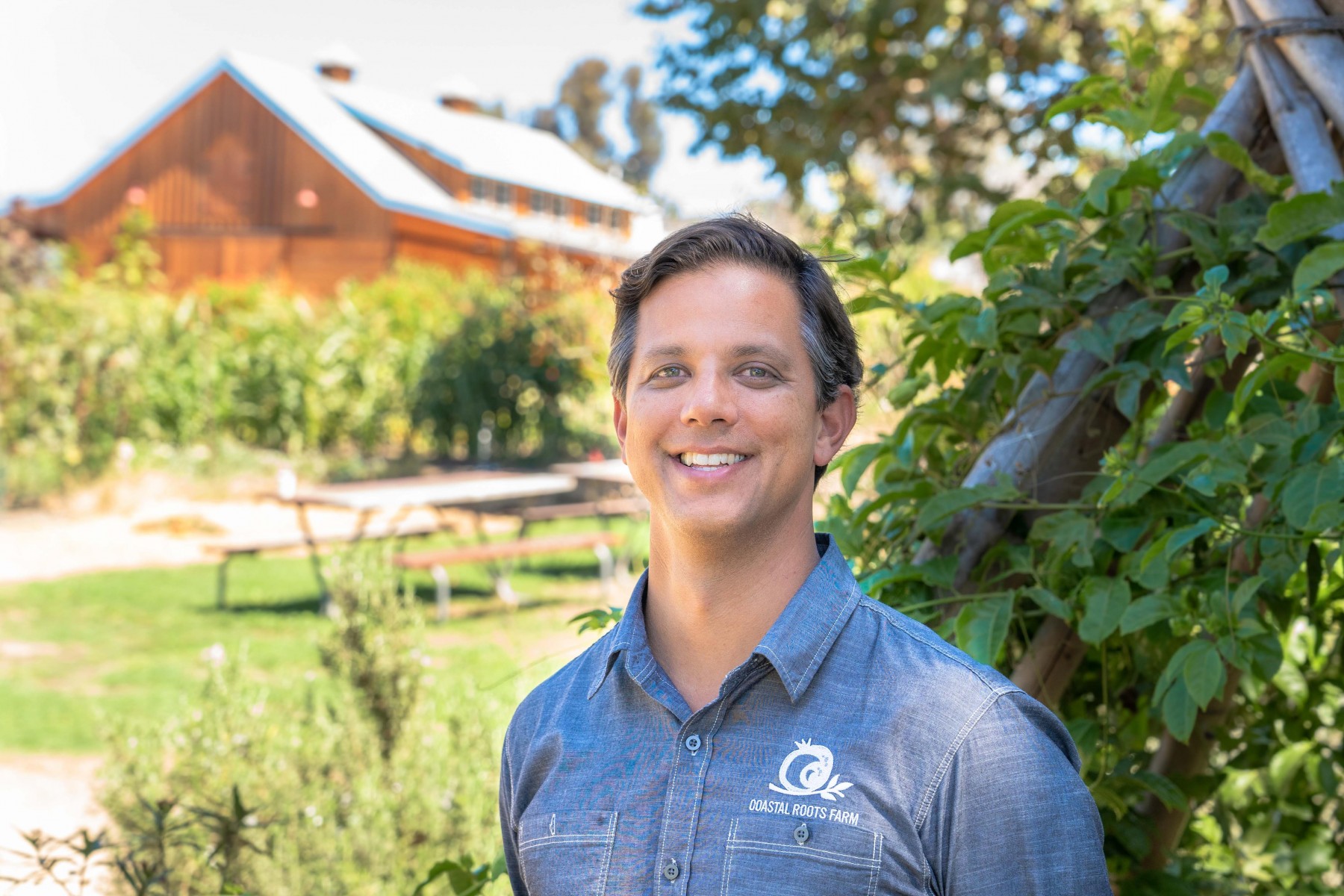 Javier Guerrero, the president and CEO of Coastal Roots Farm in Encinitas, was honored with the 2021 Fran Aleshire Leadership Award for his outstanding leadership and regional involvement during Cal State San Marcos’ annual Report to the Community on Thursday, Feb. 4.

“I was honestly quite surprised and very humbled to receive this recognition by fellow leaders in the community and graduates of the Leadership North County program,” Guerrero said. “I am so thankful for the opportunity to be one of the many nonprofit leaders in the region committed to helping those in need during these challenging times.”

In his role leading Coastal Roots Farm, a nonprofit Jewish community farm and education center, Guerrero has built and grown a team to deepen equitable educational programming reaching youth from disadvantaged schools and other schools in the community, introduced internships and after-school programs, and overseen a 35% increase in production to distribute food to more than 30,000 marginalized community members annually. He has guided the staff through the unprecedented impacts of the coronavirus pandemic, when community farms and nutritious food are needed more than ever.

Guerrero was appointed president and CEO of Coastal Roots Farm in November; previously, he was the organization’s executive director for 2½ years.

Guerrero has more than two decades of experience in nonprofit service in San Diego County. He was hired by Coastal Roots Farm after eight years as the executive director of the San Diego Children’s Discovery Museum in Escondido, where he worked to ensure its sustainability, fundability and accessibility for many years to come. Before that, he was director of the U.S. affiliate of SurfAid International, a global humanitarian organization, and director of operations for the Museum of Us (formerly the Museum of Man) in Balboa Park.

In addition to his work at Coastal Roots Farm, he has volunteered as the president of the North County Philanthropy Council as well as with Rotary and Kiwanis clubs.