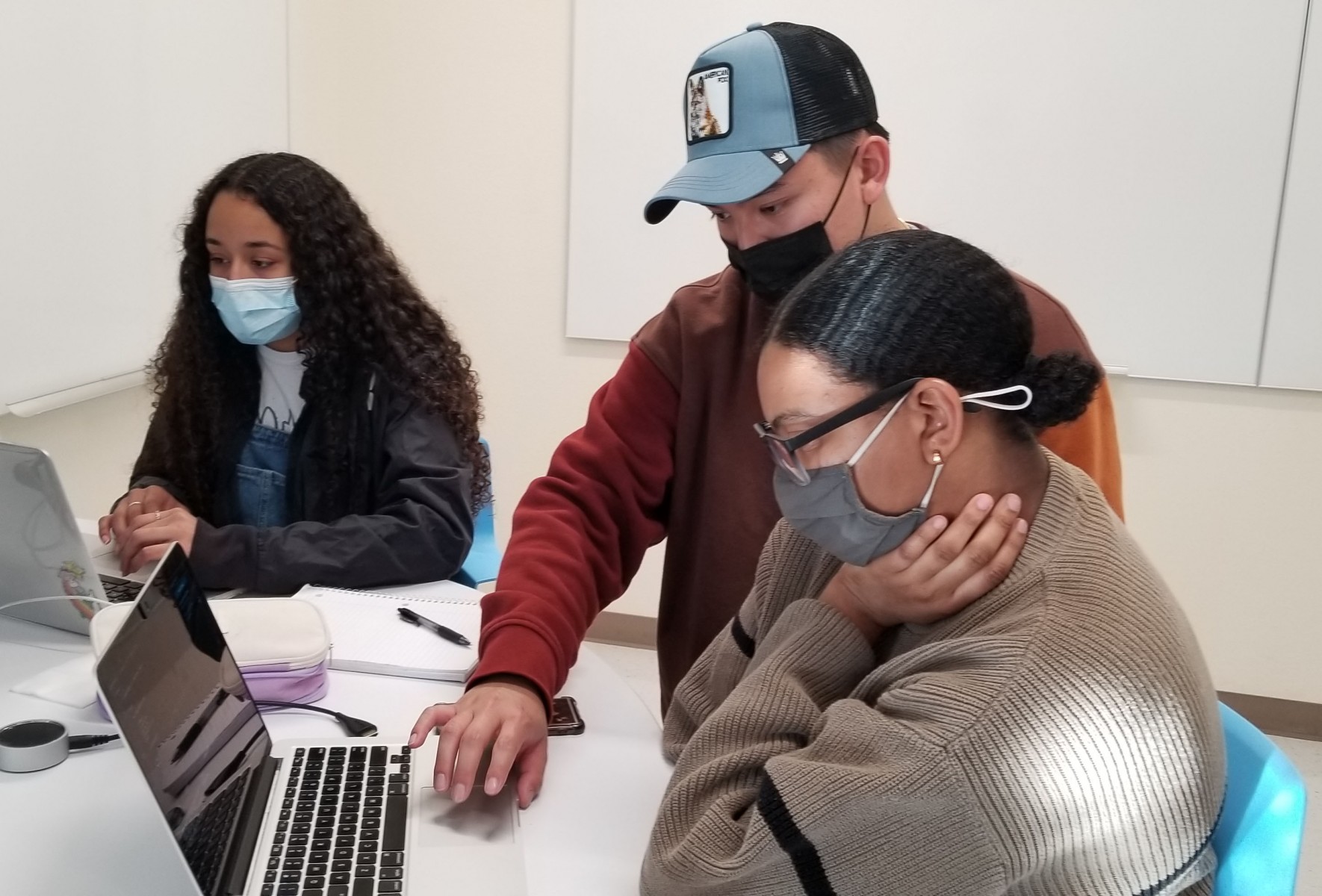 CSUSM alumnus Christopher Do is a computer scientist for a U.S. Marines organization at Camp Pendleton and frequently returns to campus as a mentor.

In 2019, Christopher Do saw the trajectory of his career transformed when he switched his major to computer science and joined a program that links STEM students to industry mentors.

Less than two years later, Do reconnected with Cal State San Marcos as a working alumnus, inspired by his experience to return the favor and help current students find their spark.

Do’s rapid evolution from student who benefited from mentorship to young professional who is providing it has been remarkable to witness for Youwen Ouyang, a computer science professor who took Do under her wing at CSUSM.

“Chris is so motivated as a mentor," Ouyang said. "He’s very proactive; he reaches out to me before I can reach out to him. I definitely see a leadership trait in him, and he cares so much about students.”

Do is a computer scientist at Marine Corps Tactical Systems Support Activity (MCTSSA), a Camp Pendleton-based organization that provides technical support for command, control, computer, communications, cyber and intelligence (C5I) systems for the Marines. MCTSSA’s slogan is “make Marines more capable,” and their mission – in the simplest terms – is to ensure that whatever systems Marines use in the field function the way they’re intended to function.

Do was hired by MCTSSA in March 2021, only three months after he graduated from CSUSM. He got the job thanks largely to two internships he did with the agency in the summers of 2019 and 2020, but he probably wouldn’t have been exposed to those opportunities without his involvement in a CSUSM program called Fab Friday.

Fab Friday is one facet of a $1 million grant awarded to CSUSM by the National Science Foundation in 2017 to fund scholarships, workshops, mentors and networking opportunities for computer science majors from low-income families. Each Friday during the school year, students gather at on-campus makerspace – in this case, the Academic Success Center in the Extended Learning Building – to work on real-world projects while receiving mentorship from industry partners.

Do, for example, was a member of a team sponsored by Viasat that wrote software to be embedded in Slack, the company’s messaging tool, to improve the communication of its engineers.

“Fab Friday provided me not only experience, but it helped open new doors for me,” Do said. “Through programming, working with a team, collaborating and the camaraderie I developed during my time there, it really prepared me for my internship. Without Fab Friday, I would have been lost during the summer. It really propelled me to success.”

Do didn’t forget about that boost he received. In fact, only a few months after he started at MCTSSA, he reached out to Ouyang to ask if the group could serve as a sponsor for Fab Friday during the 2021-22 academic year.

Ouyang readily assented. Last fall, Do organized two hackathon challenges for teams of students to work on, and he arranged for a November field trip to the Camp Pendleton facility, where students got to tour the grounds and listen to a panel discussion by MCTSSA engineers. The same pattern continued in the spring, with the field trip occurring in May.

As part of the latter trip, CSUSM students presented at MCTSSA’s Think Tank Thursday, showcasing their work alongside other technical teams and current interns at Camp Pendleton.

“All these opportunities really went beyond what I originally designed for Fab Friday,” said Ouyang, who secured the NSF grant along with sociology professor Marisol Clark-Ibanez. “Chris is really taking it to the next level, because of his involvement, because he wanted to support our students and think about what would benefit them.”

From the seed planted by Do’s connection, two other CSUSM students have earned internships with MCTSSA. And though the five-year grant that produced Fab Friday has ended, Ouyang plans to continue the partnership with MCTSSA in the form of capstone projects within the computer science department.

Do never could have imagined this path when he arrived at CSUSM in 2016 as a biochemistry major who planned to pursue medicine as a career. But taking an elective computer science class as an underclassman and then being turned on to Fab Friday by a friend changed his course for the better.

“I wanted to be a doctor, and the main reason why is to help people,” Do said. “I changed my major, but I still have that urge. For me, life is fulfilling when I’m helping someone.”