Class of 2014 Counts Down to Commencement 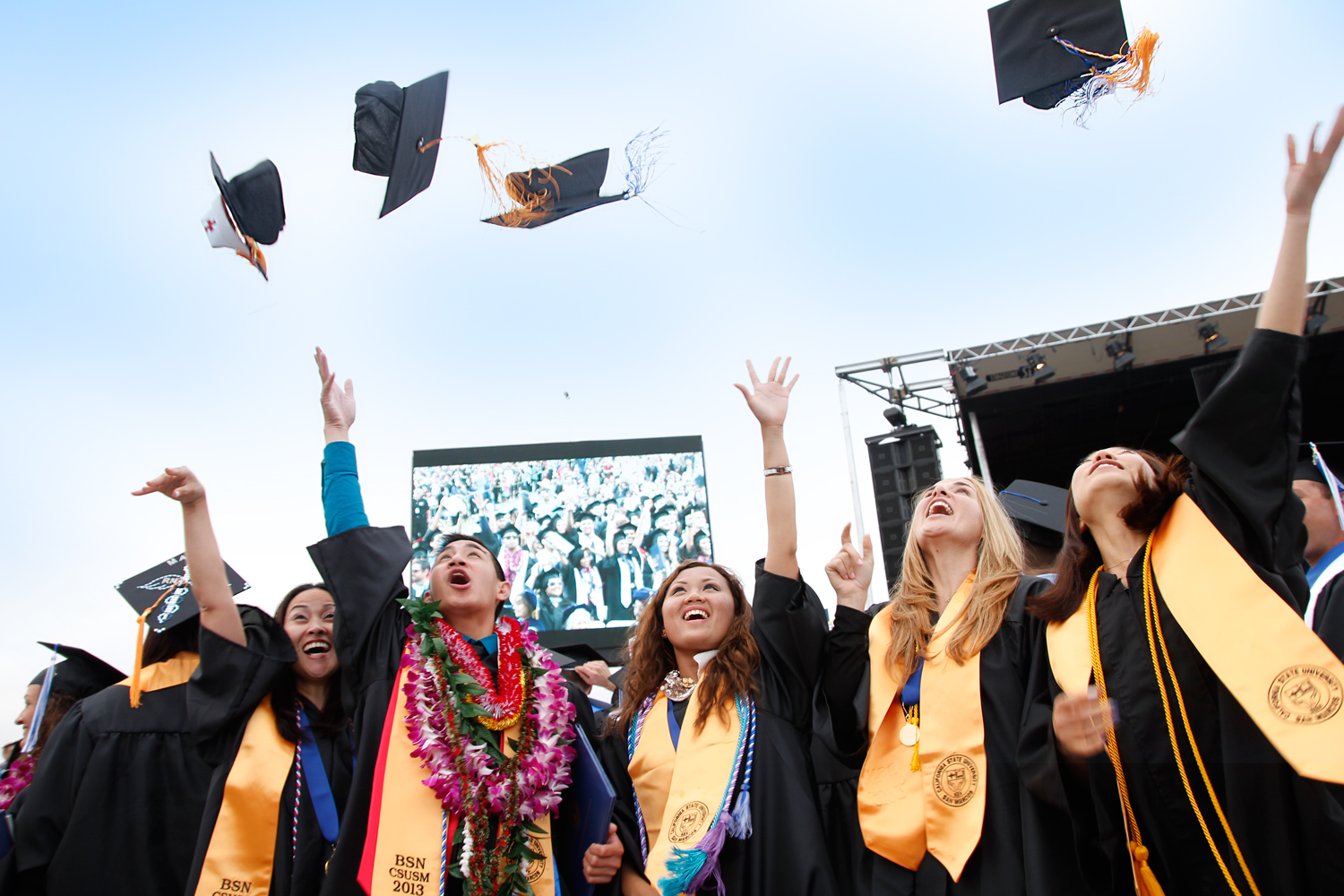 More than 2,600 CSUSM students are approved to participate in the University’s 23rd annual Commencement Ceremonies on Friday, May 16 and Saturday, May 17.

Notably, one in six undergraduates has earned academic honors with a GPA of 3.5 or higher, and 52 percent of graduates are the first in their family to earn a bachelor’s degree.

More than 18,000 total guests are expected to attend the four ceremonies held on Mangrum Track and Field. Each ceremony will last approximately two hours and will be broadcast live at www.csusm.edu/commencementlive.

Social media users can be a part of commencement celebrations using the hashtag #csusm14 to share photos, memories and well wishes with the Class of 2014. To join the conversation and post a message to our graduates, visit www.csusm.edu/commencementlive.