For the Love of the Craft 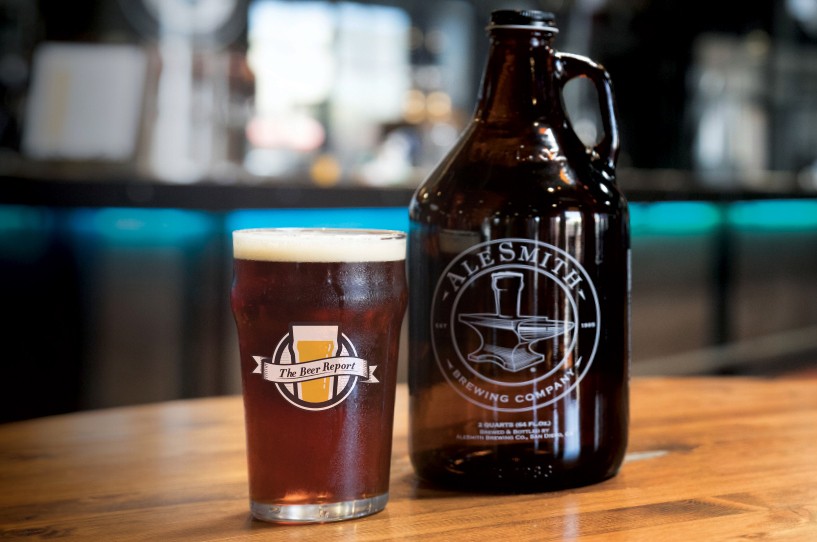 Beer initiatives are bubbling up at CSUSM
Photo by Andrew Reed

Few job titles have earned the envy status that Judith Downie ’94 has in San Diego County.

When Downie introduces herself as a craft beer historian, jaws drop and questions begin to pour in. It’s an unexpected title for a librarian, especially one who five years ago couldn’t stomach the taste of beer. While today she favors a good mead, stout or fruit sour over the iconic hoppy India Pale Ales of the region, she knows craft beer and is leading the effort to preserve its history, which dates back 150 years in the region.

From capturing that history to launching a first-of-its-kind EngiBeering™ program, beer initiatives are bubbling up at Cal State San Marcos.

A FLAVORFUL HISTORY
The first recorded brewery to pop on the scene in San Diego was Chollas Valley Brewery in 1868 by German immigrant Christian Dobler. Naturally, German-style lagers were the preferred brew at 5 cents a glass. Agriculture dominated the region’s industry and a small handful of breweries emerged in that first wave before Prohibition.

The second wave of craft beer in San Diego (1933-1983) brought mixed results and several false starts. Home winemaking was legalized, but not home brewing, which included the sale of supplies to make beer. At first, alcohol could only be served in restaurants, not bars or saloons in California. Confusion over government regulation and taxation stalled business. Four breweries came and went. Some closed operations, others moved north to Los Angeles.

In 1978, President Jimmy Carter signed legislation that permitted home brewing. By 1983, California legalized the sale of craft beer, ushering in the third and current wave of craft beer for San Diego.

Bolt Brewing opened in Fallbrook in 1987. Then came Old Columbia Brewery, the first craft brewery of Karl Strauss and his cousin, which was soon renamed Karl Strauss Brewing Company. It is the longest continuously open brewery in San Diego.

Downie points to a pivotal moment that may have clinched San Diego’s place in beer history. In 1997, a consortium of craft brewers came together to form the San Diego Brewers Guild.

“It was Greg Koch, the founder of Stone Brewing Co., who said, ‘We can work together or fail separately,’ and it feels apropos to say, but the rest is history,” Downie said. “One characteristic that has undeniably influenced the success of craft brewing in our region has been the genuine collaboration among craft brewers.”

Today, San Diego boasts the title of “Capital of Craft” with over 150 licensed brewers. And it’s a powerful economic engine, producing more than $870 million in output annually.

In August 2017, the University Library launched the Brewchive™, a comprehensive archive celebrating the San Diego craft brewing industry. The collection is one of only a handful of specialty archives nationwide focused solely on beer.

“They put their heart and soul into this industry and we want to make sure that history is preserved and celebrated,” said Dr. Jennifer Fabbi, dean of the CSUSM Library.

The initial idea for an archive to record and preserve San Diego brewing activity was at the suggestion of Char Booth, associate dean of the library and a home brewer.

Tap handles, growlers, beer lists, coasters, recipes, brewing logs, manifestos and marketing materials are all part of the growing collection of the Brewchive™. As the library collects and digitizes these historical documents and artifacts, it is also curating signature collections, including the Stone Brewing Co. Collection and Women in Craft. Oral histories told by homebrewers and professionals are also featured in the online archive.

“Our business students and the students enrolled in the upcoming EngiBeering™ program can learn from both the successes and failures the local breweries have gone through,” Downie said.

“Industry leaders need to fill this critical gap in their workforce,” said Dr. Jackie Trischman, biochemist and program director of EngiBeering™. “They need trained professionals who have business insight but also know the science of making exceptional craft beer.”

Some of the courses for the 18-month program include recipe development, sensory evaluation to identify flavors and beer quality (yes, students will actually drink beer), learning the brewery processes, the evolution of beer, brewing science and an internship. Unlike traditional classes, EngiBeering™ lab courses will happen on-site at local breweries. And most notably, the program’s teaching faculty are professionals currently working in the industry.

“It’s exciting to me because there is more science involved in beer production than people think,” Trischman said. “A brewer is a scientist.”

EngiBeering™ was developed by eight CSUSM faculty across three colleges in partnership with more than 12 brewers including alumni Kyle Adams ’13 of Prohibition Brewing Company and Mike Stevenson ’12 of Culver Beer Company.

“The brewing community is one of the most congenial and positive groups I have ever met,” Trischman said. “The love for their craft shines through their work, and it’s that same passion that built this program.”

THE CRAFT BUSINESS
As a prominent industry for the local economy, generating more than $100 million in tax revenue annually, craft brewing is a serious business. Measuring its impact and predicting its growth is in the hands of business researchers at CSUSM.

Since 2015, the College of Business Administration has published its semiannual San Diego Craft Brewer Confidence Index, a survey conducted in partnership with the San Diego Business Journal, that gauges local brewer confidence in the industry. The latest report, released in April, revealed that brewers continue to display an impressive level of optimism in their businesses. Nearly 64 percent expect to add employees and 32 percent expect their total barrel output to increase from 11 percent to 20 percent in the next year. Business confidence is a predictor of industry growth, according to researchers.

The college also produces an annual Economic Impact of Craft Breweries Report, in conjunction with the San Diego Brewers Guild and the San Diego North Economic Development Council, analyzing the impact of the industry on the region. On Oct. 10, the college will host the Craft Economic Summit, unveiling its latest findings and discussing trends and forecasts for the craft brewing industry.

“The industry is thriving,” said Ed Ashley, director of business community relations for the college. “Stone Brewing Co. grew up a nine-iron away from us and our campus has grown right alongside it. We share the heart of the brewers and the love for the craft.” 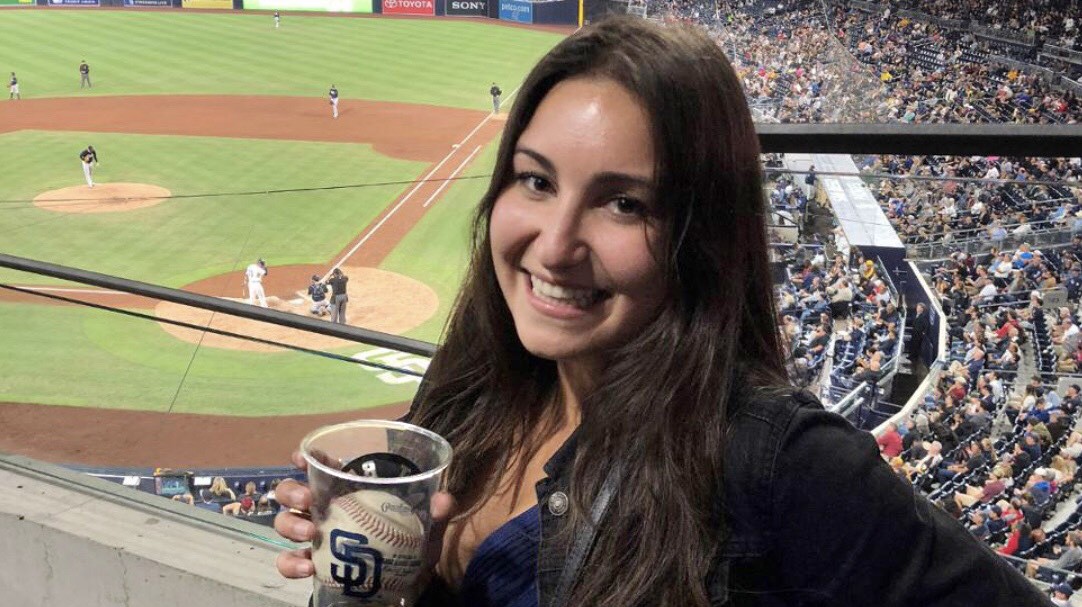 WHAT'S THE CATCH? A BASEBALL IN A BEER
Gabrielle DiMarco was simply enjoying a beer and a ballgame on June 5 at Petco Park.

While it was mostly a forgettable evening for the Padres, who lost 14-1 to the Atlanta Braves, it turned into a life-changing experience for Gabrielle when a foul ball landed in her beer cup.

That alone likely would have gotten Gabrielle on the nightly sports highlight shows. What followed made the Cal State San Marcos literature and writing studies student a social media sensation.

Gabrielle, with encouragement from the surrounding fans, proceeded to drink the entire beer with the baseball still firmly planted in the cup. Video from the moment went viral with Gabrielle even receiving marriage proposals from as far away as Australia.

“I’m going to keep it in that cup forever,” Gabrielle told The San Diego Union-Tribune. “I’m never taking it out. It’s a trophy.”

For the Love of the Craft