“Dr. Kemnitz strongly believes in the teacher-scholar model, is a strong faculty advocate and is driven by the success of students,” CSUSM President Ellen Neufeldt said. “He joins me as a champion for shared governance, innovation, diversity and inclusive excellence. He will be a true advocate for our students, our faculty and our staff, not only internally but externally with our community partners, leaders and donors.” 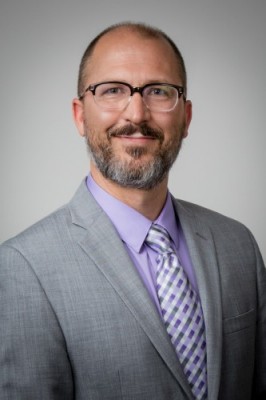 As provost, Kemnitz will be responsible for ensuring the integrity and excellence of Academic Affairs while overseeing the deans of the university as well as the division’s academic associate vice presidents and the vice provost.

Kemnitz comes to CSUSM from San José State, where he has served as senior vice provost for Academic Affairs since 2015. In his role at San José State, Kemnitz is responsible for an academic budget of $300 million and for the recruitment, retention and development of faculty, department chairs and staff. Among Kemnitz’s accomplishments was helping to establish a plan called Four Pillars of Student Success, which resulted in a 15-point increase in graduation rates at the university.

“I am thrilled and grateful to be joining such an extraordinary campus community where everyone is so passionate and committed to student success,” Kemnitz said. “I can’t wait to begin working with the entire campus community and help CSUSM emerge from these challenging times stronger than ever.”

Before joining San José State, Kemnitz served in a variety of faculty and administrative roles at Cal State Bakersfield, including associate vice president for Academic Programs, dean of Undergraduate Studies, dean of Graduate Studies, associate dean of Natural Sciences and Mathematics, chair of the Department of Chemistry, and director for several successful STEM diversity programs.