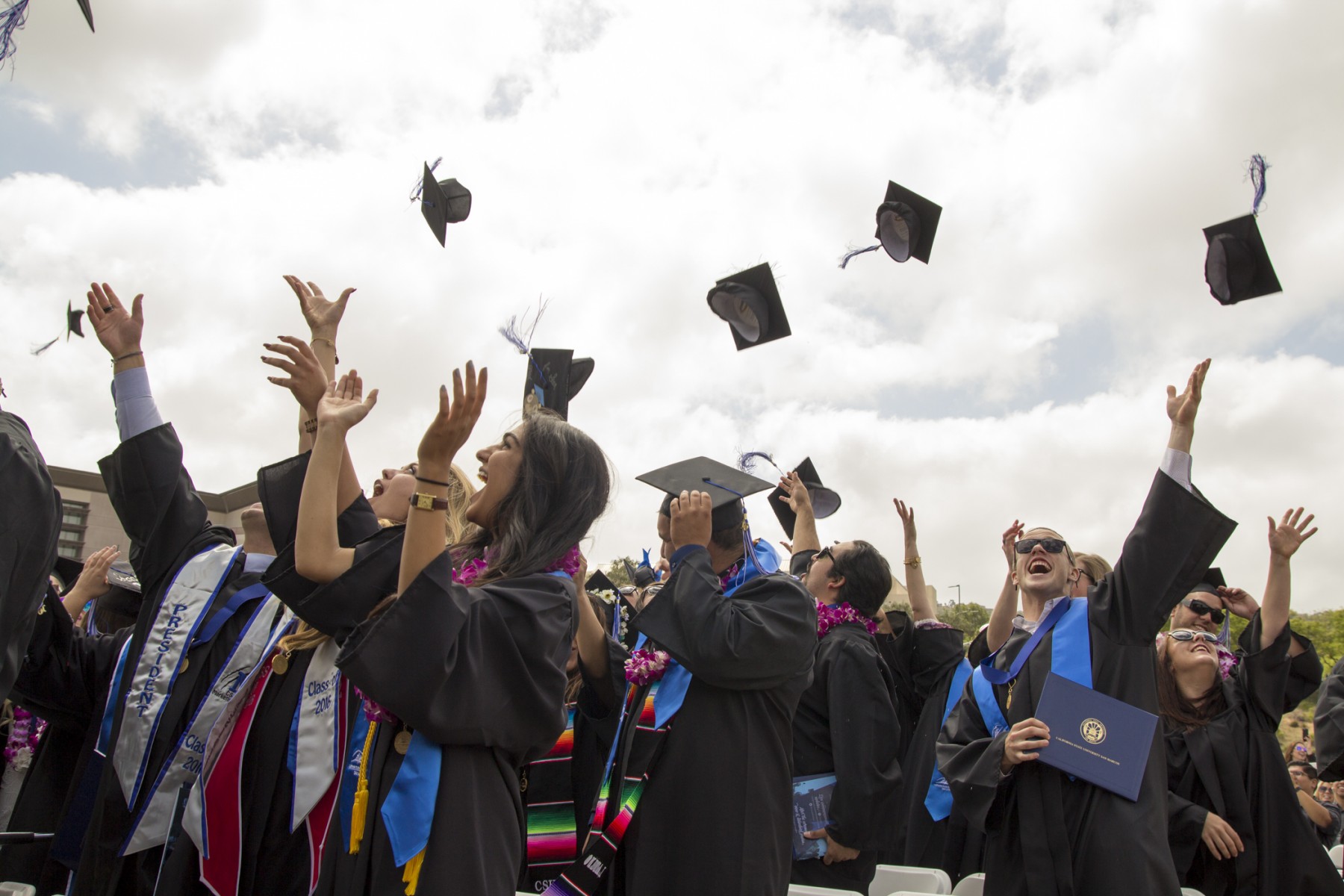 San Marcos, CA – More than 3,300 students will graduate from California State University San Marcos later this month, making the Class of 2017 the largest graduating class in CSUSM history. The University’s 26th annual commencement ceremonies are Friday, May 19 and Saturday, May 20.

Notably, 54 percent of the graduating students are the first in their families to earn a four-year college degree and 38 percent of graduates identify as underrepresented minorities.

Tawfilis, who has partnered with CSUSM on numerous projects, has dedicated her life to promoting peace through art. Achtenberg, a member of the CSU’s Board of Trustees for 16 years, helped establish the CSU Institute for Palliative Care, which is based at CSUSM. Steppe had a distinguished career working for the County of San Diego, garnering a reputation as someone who could bring together myriad county departments, schools, agencies and private-sector organizations to share in the responsibility of providing social and health services to families.

More than 25,000 total guests are expected to attend the five ceremonies held on Mangrum Track and Field at CSUSM. Each ceremony will last approximately two hours.

Social media users can follow CSUSM Commencement posts by students, faculty and staff by searching for #CSUSM2017. All five commencement ceremonies will be broadcast live on the day of the event at csusm.edu/commencementlive and through the CSUSM mobile app.

1 p.m. – College of Science and Mathematics

Who: Approximately 3,300 candidates are expected to participate in the ceremonies

Traffic: Traffic congestion and backups can be anticipated in the area and surrounding streets, especially along South Twin Oaks Valley Road, the 78 Freeway, Barham Drive and Craven Road. University Police and the Sheriff’s Department will be directing and controlling traffic flow along South Twin Oaks. Motorists should expect traffic delays; graduates, families and friends are advised to plan accordingly to arrive on time. Broadcast Media: Any mention that can be made regarding expected traffic delays during broadcasts on May 19 and 20 would be greatly appreciated.

For easy access to the ceremony site, media are asked to park in Lot Z, which is located at South Twin Oaks Valley Road and Campus Marketplace.