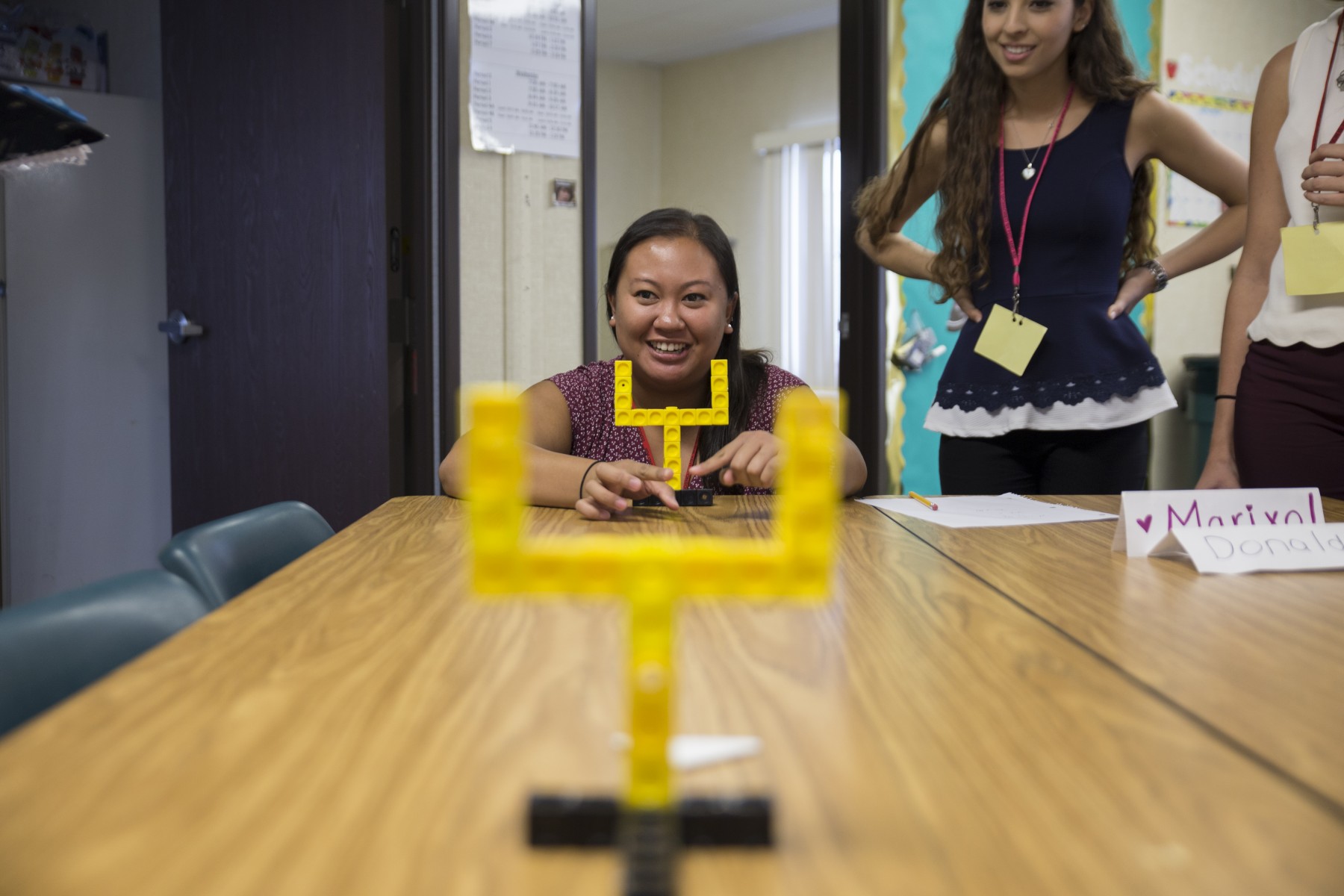 Erika Daniels says there are two common responses people outside the teaching community have when somebody says they want to be a middle school teacher:

“Why would you want to do that?” or “You’re a saint for doing that.”

But forget the stereotypes associated with teaching middle schoolers.

“The public often doesn’t understand how much fun it can be and how rewarding it is to see kids mature from when they enter in sixth or seventh grade and they’re timid and small to when they’re promoting from eighth grade to ninth grade and their shoulders are back and their heads are high,” Daniels said.

As CSUSM’s Middle Level Program celebrates its 25th anniversary this year, Daniels and her colleagues remain as passionate as ever about preparing tomorrow’s teachers to help children navigate the road from elementary school to high school.

“Middle school kids are fun,” Daniels said. “Young adolescents, those 11- to 14-year-olds, are going through a greater cognitive restructuring than at any other time in our lives except for infancy. There’s just so much going on in their brains. They’re able to think critically and in a sophisticated way, and they’re excited about it because they’re really emerging into the ability to do that. If you understand what’s going on you can do so much with that.”

CSUSM’s Middle Level Program isn’t just noteworthy – it’s the only one in California. The program has produced about 600 graduates during its 25 years. Plans are underway to get as many of those graduates as possible back to campus for an anniversary celebration on May 23, 2017.

While education guidelines are constantly evolving, CSUSM has enjoyed remarkable stability and consistency in its Middle Level Program.

Janet McDaniel and Laurie Stowell, two of the founding faculty members, are still part of the team. Daniels, Rong-Ji Chen and Moses Ochanji have each been part of the program for more than a decade.

“That stability of getting people in and showing them the middle level philosophy and staying together as a team has been very significant,” Ochanji said.

The program always hosts a Distinguished Teacher in Residence, who adds fresh perspective and new ideas.

The program also benefits from close partnerships with the region’s middle schools. CSUSM collaborates with middle school teachers and administrators on a variety of projects and also hosts professional development workshops twice a year that bring together middle school practitioners and CSUSM’s Middle Level Program team.

The founding team members instilled a belief in seeking teaching candidates for middle schools who want to be there, and that philosophy still exists today.

“We think those kids deserve teachers who choose to be there and who really understand what their unique social cognitive needs are,” Daniels said.

“You get to be part of kids’ potential at the ground floor and really help them harness that increasing complexity and sophistication,” Daniels said. “But they’re still silly kids and they still want to play with Play-Doh and they’ll still draw you pictures. But they’ll also get your jokes. They truly are straddling childhood and adulthood in a way that is just fun.”

CSUSM’s Middle Level Program has one current cohort and it usually includes 25-29 candidates each year.

The long-term goal is to grow the program to help fill a critical educational need, but they are moving toward that goal slowly to ensure that the quality of the program remains high.

“I think one of the things that really makes our program exceptional is that we have a team that constantly works together to achieve our goals and what we hope for our students,” Ochanji said.

Daniels said the 25th anniversary celebration will provide an opportunity to take a closer look at the future.

“The primary goal is to bring everybody back together for a chance to catch up and celebrate what we’ve done for the young adolescents in the community,” she said. “The other part is to think about middle level 2.0. There’s something about a 25th anniversary that makes you reflective. It’s really a celebration of where we’ve been and a chance to think about where we might go as we enter the next phase of our development.”

Contact Daniels at edaniels@csusm.edu or McDaniel at mcdaniel@csusm.edu for more information on the 25th anniversary celebration.