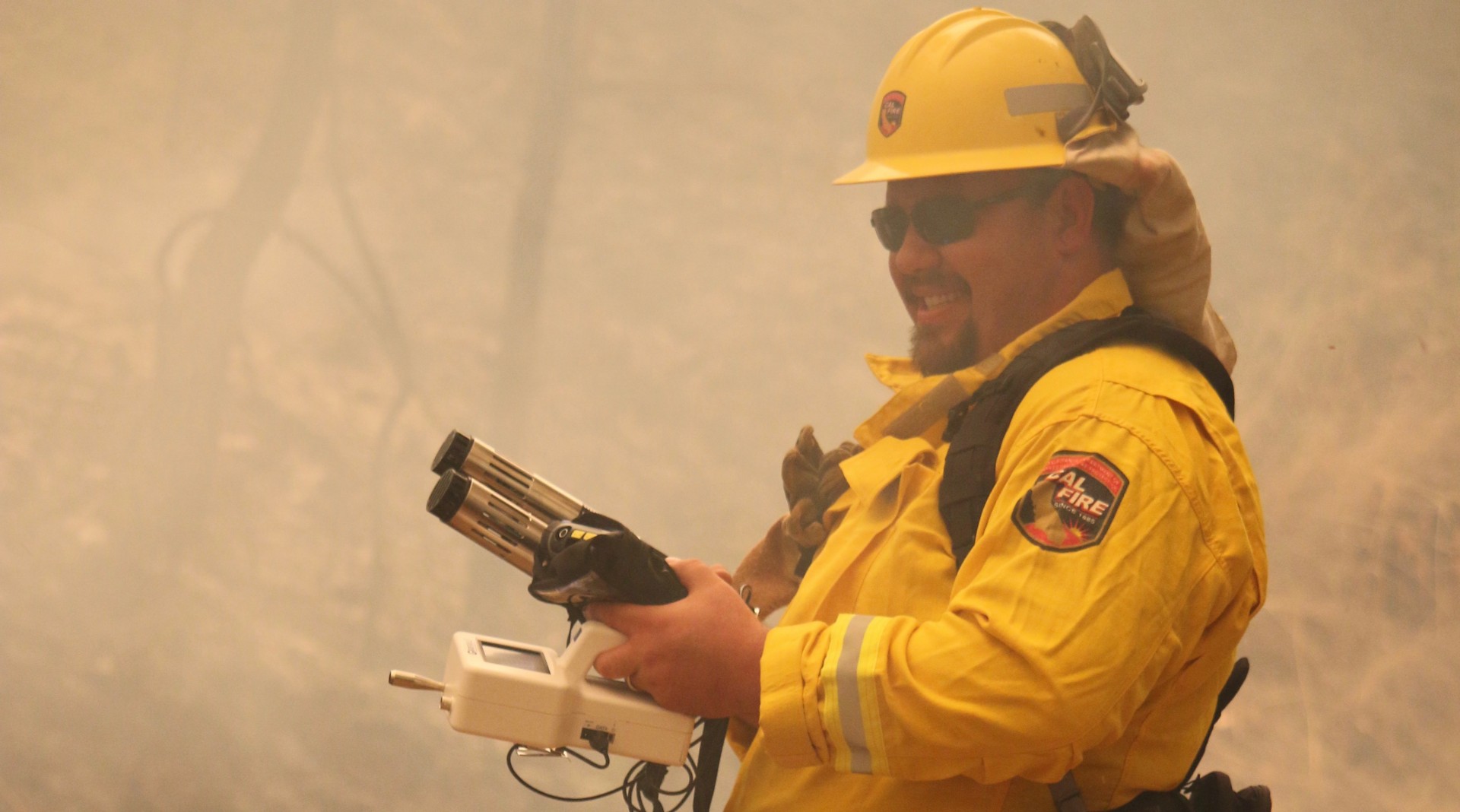 Matt Rahn’s introduction to wildland firefighting research began over a cup of coffee about 10 years ago.

Little did he know that a simple request for help from a colleague would turn into a lifelong passion.

“As I started digging into it, I realized there are lifetimes of careers available for this research,” said Rahn, research faculty and director of the Environmental Leadership Institute for Cal State San Marcos’ Temecula campus. “I’m always encouraging other people and agencies to get involved because there’s so much that needs to be done to move this forward.”

Persistent problems with urban structure fires in the early 1970s led the federal government to commission a report called “America Burning” to evaluate fire loss in the United States and make recommendations to reduce loss and increase safety.

The report helped set new standards for everything from smoke detectors to the materials used for furniture. And the gains were remarkable. Though the U.S. population rose 35 percent from 1971 to 2012, the number of structure fires declined by more than 62 percent in that span. Structure fire deaths declined by nearly 69 percent.

“At the same time, from the 1970s to today, the wildland fire industry actually did the opposite,” Rahn said.

Rahn noted that the U.S. has gone from about 3 million acres per year burning in the 1970s to about 8 million per year today. The number reached 12 million acres last year, the highest in recorded history, Rahn said.

A push for an updated “America’s Burning” report related to wildland fires never came to fruition, but Rahn was part of a state-wide symposium in 2014 to address wildland fires.

“Everybody at the symposium collectively said, ‘We are easily a generation behind in wildland firefighting compared to structure, urban and high rise. So how do we get this moving forward very quickly?’ ” Rahn said. “And the answer, collectively, was education and research.” 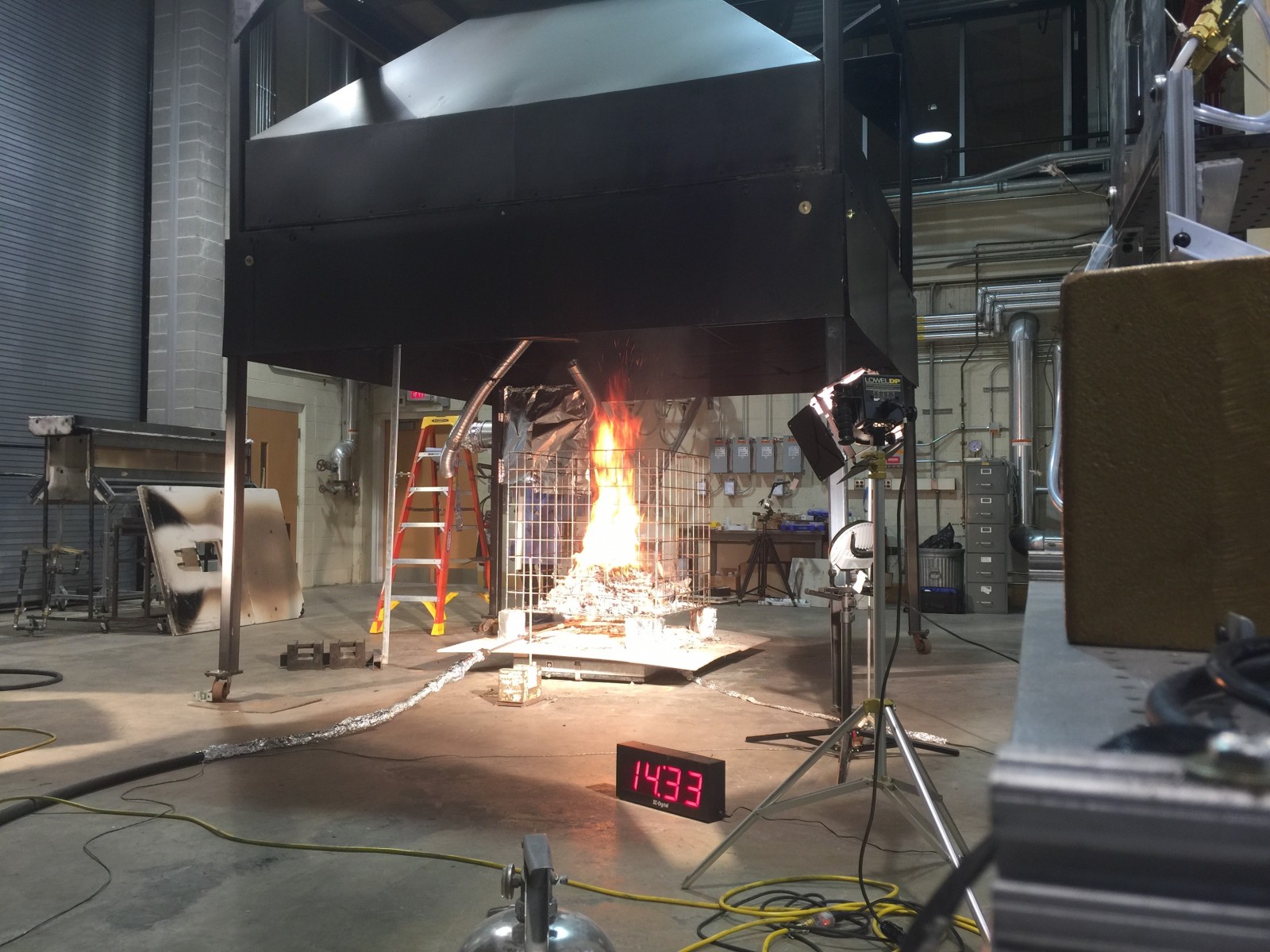 Rahn typically works with two or three students and three research associates. They collaborate with a number of agencies, including Cal Fire, the International Association of Firefighters, the National Institute of Standards and Technology and the U.S. Forest Service.

“What I saw happening, and this is especially true in the environmental science arena, is that you get a lot of good research and a lot of good information out there, but it doesn’t necessarily hit the target on what the actual industry needs,” said Rahn, who is also a member of the Advisory Council for CSUSM’s College of Science and Mathematics.

Rahn recalled that someone at the 2014 symposium noted that firefighting technology has not changed much in the last 100 years.

“If you took somebody out of the military in 1911 and dropped them on the modern battlefield, it would be unrecognizable,” Rahn said.

Firefighting, on the other hand, still makes use of the Pulaski, a hand tool with an ax for chopping on one side and a mattock for digging on the other. It was invented by Ed Pulaski -- in 1911.

While Rahn would love to see improvement in the tools available to firefighters, he notes that there are many fundamental issues that must be addressed before making headway on major technological advances.

For example, protective equipment that firefighters wear is largely based on material developed in the 1970s.

“You’re telling me that in the last 40 years we don’t have a better fire-resistant material?” Rahn said. “We have no respiratory protection for wildland firefighters aside from basically a bandana. Firefighters are being exposed to horrendous chemicals in the smoke, especially when you have vehicles and structures burning at the same time as the wildland. We don’t have a solution for that.”

But Rahn and his students are aiming to help change that.

They recently worked on a hydration study that examined 100 firefighters. They learned that many firefighters actually start their shift dehydrated. The firefighters’ heartrates were high and core body temperatures exceeded safe levels. But they found that drinking cool water had an immediate positive effect. Their ongoing research will examine factors such as the impact of how much firefighters drink, what they drink and the temperature of what they’re drinking.

The work of Rahn and his associates has not gone unnoticed.

“It was nice to see that they recognized that the work we’ve done up to this point is worthy of that kind of recognition and they want to see this continue,” Rahn said. “That right there is a gamer-changer as far as what we’ve been doing.”

CSUSM’s Environmental Leadership Institute serves as a resource for environmental planning, analysis, assessments, policy and education for emerging practitioners and leaders. Visit the Institute’s website for more information on education and training programs and services.