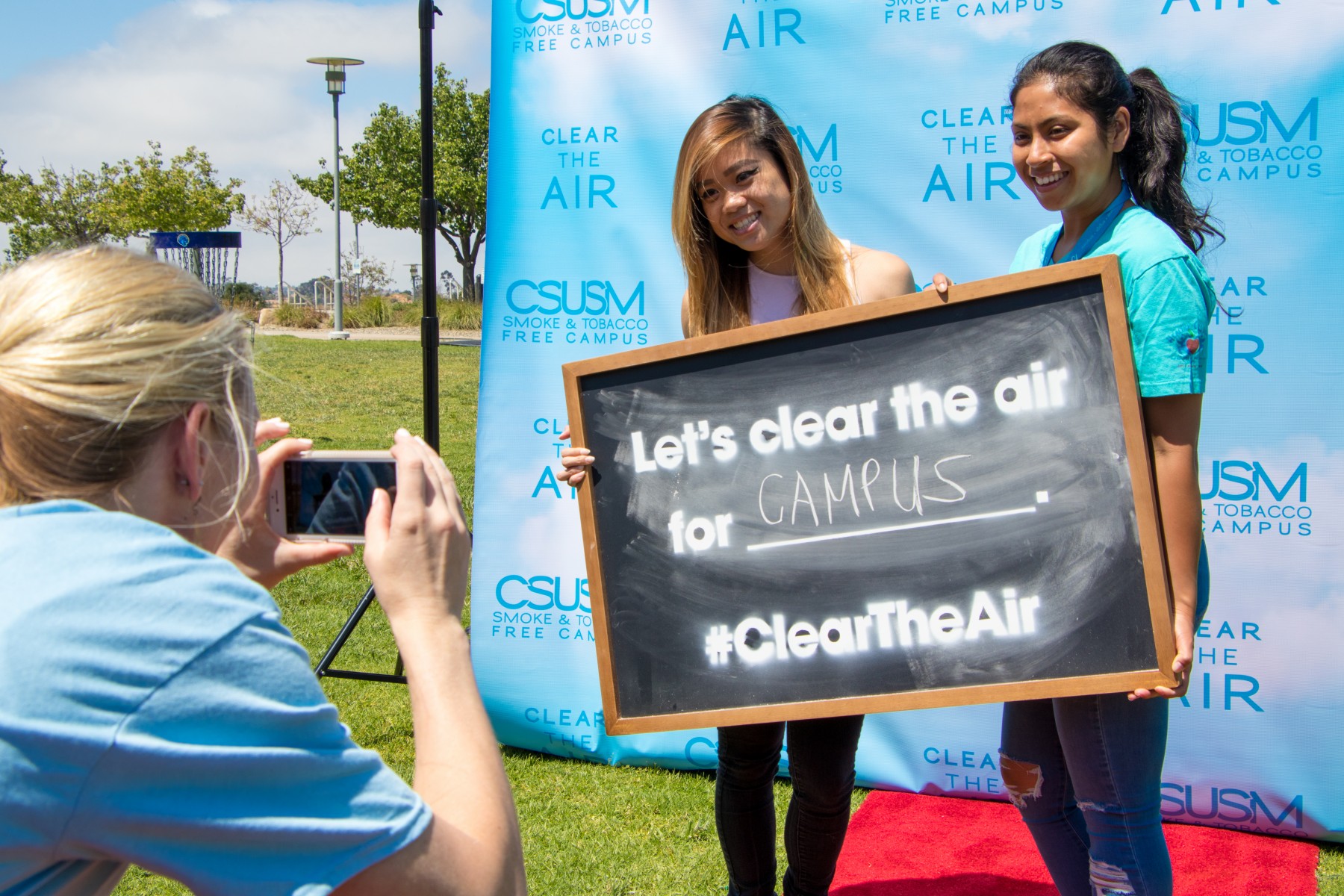 Get ready for a tobacco-free environment. Cal State San Marcos, which already limits tobacco use to designated smoking areas, will become a completely smoke- and tobacco-free campus beginning in fall 2017.

Electronic cigarettes will also be banned.

CSUSM will be aided in its effort through a recently awarded $20,000 grant as part of the American Cancer Society and the CVS Health Foundation’s Tobacco-Free Generation Campus Initiative, a $3.6 million effort to accelerate and expand smoke- and tobacco-free campuses. The funding will be used for educational material, supplies and personnel essential to implement and evaluate the initiative. Monthly educational events promoting the program through a variety of channels already is under way.

A recent survey showed more than three quarters of students support the concept.

Nearly 10 percent of the campus community, including faculty and staff, had used a tobacco product within the past 30 days, according to the survey, including nearly 9 percent who smoked cigarettes. And the U.S. Environmental Protection Agency and the California Environmental Protection Agency say there is no safe level for exposure to second-hand smoke.

Pulvers said designated smoking areas – such as the kind now in place on campus – can, in fact, do more harm than good, as they may encourage non-daily smokers to light up. And that can lead to the faulty perception that more people are using tobacco than the number who actually indulge.

“If you think that a lot of other people are engaging in a behavior, it makes it more likely that you will engage in that behavior,” she said.

According to the U.S. Department of Education, approximately 30 percent of the roughly 4,700 institutions of higher education in the country are 100 percent smoke and tobacco free. With CSUSM’s move to ban smoking, virtually every college and university in San Diego County will be smoke and tobacco free this coming fall.

State law prohibits smoking within 20 feet of main entrances, exits, and operable windows of any building owned, leased and occupied by the state, county or city and buildings of the University of California, California State University, and California community colleges.

More than 480,000 deaths annually are attributed to smoking, including nearly 42,000 resulting from exposure to second-hand smoke. Nearly two-thirds of CSUSM students surveyed last fall said they had been exposed to second-hand smoke or vapor on campus, and the number of faculty and staff who reported exposure was even higher.

For further information about the CSUSM effort, visit http://www.csusm.edu/smokefree.

Anyone interested in kicking the habit can receive free phone counseling in multiple languages through the California Smokers’ Helpline (1-800-NO-BUTTS).

Nearly one-third of the CSUSM community who smoke tried to kick the habit within the past year.