Preserving the History of the Poinsettia

With an ever-increasing population, amazing advances in technology and overall growth, it’s often challenging for a university to remain connected to its local community while still working to preserve key components of the past.

When Cal State San Marcos received the archival records of The Paul Ecke Ranch, Inc. in 2013, the University was unsure what the future would bring. The University Library’s strategic initiative to begin a special collections program made the Ecke Collection CSUSM’s inaugural special collection. The collection represented an opportunity to greatly influence the future by introducing an entire region to the indelible mark left by the Ecke family on North County and the world in general.

Nearly five years later, the Ecke Collection has done that and much more.

“There are smaller local history centers and organizations across the region that collect individually, but it’s not in a coordinated manner or at the scale possible through the efforts of a library at a university such as ours,” said Aditi Worcester, a Processing Archivist in the Library. “Acquiring the Ecke Collection was the first step. Since that time, faculty, staff and students have been hard at work in establishing systems, workflows and policies to build a program that can sustain the growth of a formal special collections unit within the University Library.”

Most locals are familiar with certain aspects of the Ecke family, particularly of its past as a locally owned family business that grew and sold poinsettias, and successfully marketed it as the holiday flower for Christmas all over the world. Most county residents are also aware of the philanthropic efforts of the Ecke family, which has donated millions to various local entities.

But thanks to the work being done at the University Library in collaboration with faculty and students in the history department, the story of the Ecke family from its origins in the region to its global effect on Christmas and agriculture continues to evolve at CSUSM.

“The story of the last five years has not been the growth of the collection, but rather the progress made in organizing and cataloging it, to make it accessible to researchers,” said history professor Dr. Jeff Charles, a specialist in the history of agriculture who acquired the collection for the campus. “A team of history grad students and I did preliminary sorting early on, but the recent work done by the University Library, again with some history students, has been tremendous. And as the collection has become accessible, it has begun to reveal the impact of the Eckes on the region, on the flower business, and on the way we celebrate Christmas.”

The focus of the Library’s efforts has been on making the collection accessible to a wide audience with the intent of broadening collective knowledge.

“At the most basic level, the collection may be viewed as telling the history of a local, family-owned poinsettia business,” Worcester said. “It tells the story of an immigrant family of entrepreneurs from Germany who moved to the U.S. in 1902. The records document the growth of the business as well as of the North County region from 1923 onward through World War II, the Great Depression and other historic milestones. The collection documents worker-employee relations during the Bracero program, when Mexican farm workers were allowed into the U.S. to address the shortage of manual labor after World War II. The scope of the collection is more dynamic than the history of a single family or business.” 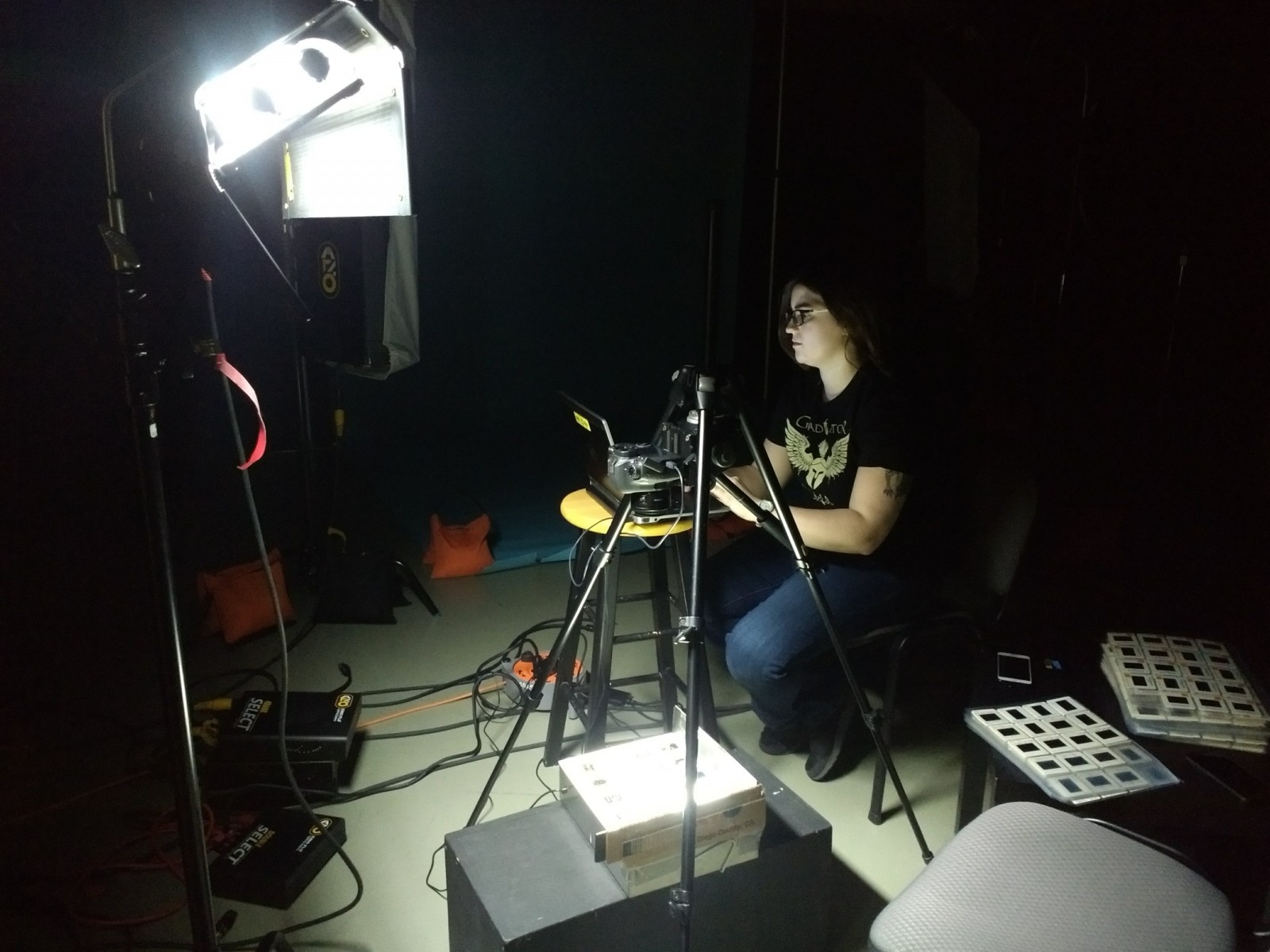 A large part of making the collection readily accessible is making it more discoverable.

The library catalog, website, online exhibits on Omeka, which is a digital publishing platform, and a folder-level finding aid on ArchivesSpace are several ways for people to discover what’s new. Two-thirds of the print records have been processed and more than 500 three-dimensional artifacts have been digitized. In addition, a virtual contact-sheet has been created for thousands of 35mm slides.

“It is one thing to learn about the impact of World War II on daily life within the pages of a history textbook,” Worcester said. “It is quite another to hold ‘mileage rations’ from 1944 in your hand or browse through gasoline credits from 1942 deposited in the Bank of America for the family’s ration account. There is correspondence with the U.S. Department of Agriculture and the order from the government to change the ‘crops’ grown during wartime as per government regulations. The Ecke Ranch had to include fruits and vegetables, in addition to poinsettias, to meet wartime regulations. The records include research related to floriculture, horticulture, cultivars and patents for different flowers. They cover tales of intrigue spanning international collaborations and disputes over royalties and patent protections. They offer insight to personal values, styles of leadership and one family’s continued role in the growth and development of the North County region.

“The scope of the collection can be as diverse and varied as the interests of the researcher. The university library is committed to the long-term preservation, description and accessibility of this collection and we’re excited to see what use researchers make of it.”

The collection has also served as a career launching board for the student assistants hired and trained to work exclusively on it. All of the Ecke Fellows receive financial support from the Ecke family. Three of the original fellows who worked on the project are now teaching at community colleges in the area. Another is an archivist for the Black Experience at Northwestern University in Illinois and another just received his Ph.D. from Penn.

One of the current fellows is Melissa Haire, a second-year history graduate student. Her work has been crucial in processing and describing the collection, and digitizing records for online exhibits, which can be found at https://archives.csusm.edu/ecke/.

“I received training in the fundamentals of archival processing and learned how to arrange and describe records intellectually and physically in order to make them discoverable,” Haire said. “For instance, when you search for something online, you type in appropriate keywords. The search engine indexes ‘stuff’ on the internet and then returns results relevant to the keywords. I’m doing something similar. We have 600 boxes of ‘stuff,’ and I help researchers identify records relevant to their interests by indexing three generations worth of records of a family and business that spans over 100 years. I also digitize photographs, 35mm slides and other printed material.”

Most universities do an admirable job of connecting to the local community, and CSUSM is no exception. In fact, in its nearly 30 years of existence, CSUSM has proven to be a shining example of how a university is essential to a region’s connection to the past.

“The University can and should be a repository of knowledge as well as an institution that conveys knowledge to students,” Charles said. “But even beyond that, I feel the university’s job is not just vocational. Of course we want to prepare students for the job market, but we also want to enrich their lives. Understanding how a local poinsettia grower has shaped their Christmas memories might not change what gifts students can afford, but it helps them appreciate the historical sources of holiday traditions and make these traditions more meaningful.” 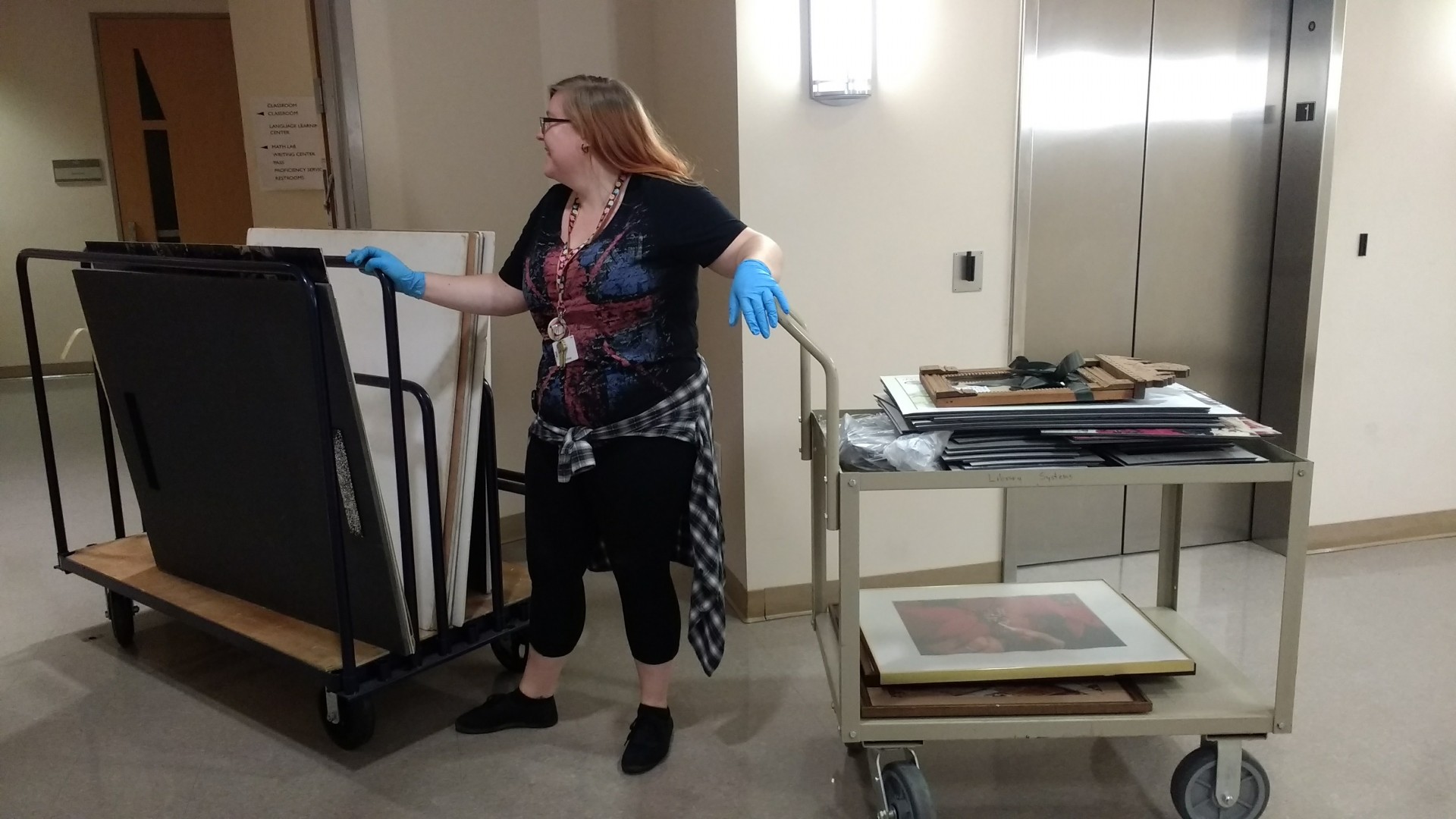 Ecke Collection
April Lycans helped digitize the artifacts and oversized records of the Ecke collection using a DSLR camera mounted on a jib at the Media Production Studio in Kellogg Library.

Preserving the History of the Poinsettia