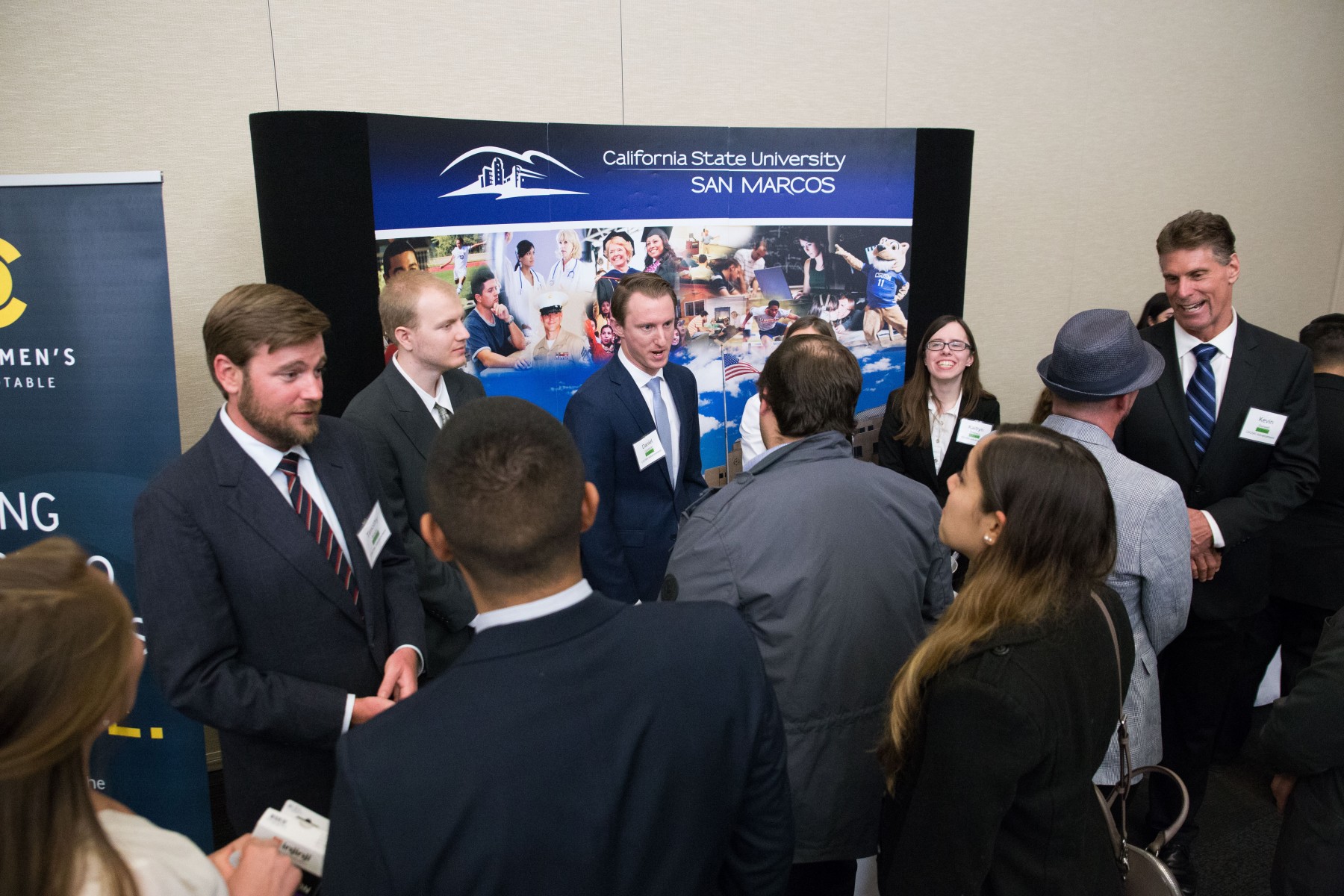 Economic Impact of CSUSM Measured at More than $458 Million Annually

San Marcos, CA – Cal State San Marcos is an economic engine that supports thousands of jobs by pumping more than $458 million into the region annually and boosting the future earning potential of its students, according to a comprehensive study based on reams of research.

“Cal State San Marcos is an anchor institution for North County San Diego, and as such it is having a significant impact on improving the quality of life in the region. The profound economic contributions supported by this study constitute a large part of that quality-of-life impact,” said Sarah Villarreal, Associate Vice President for Community Engagement.

The 45-page report was conducted by a team of CSUSM seniors who spent several months collecting and analyzing state, local and federal data. The report – which looks at both the main campus in San Marcos and a satellite campus in Temecula – investigated the University’s economic impact during the 2016-17 academic year. Among the highlights:

The study was produced by students taking part in CSUSM’s renowned Senior Experience program, which matches teams of students with projects submitted by local businesses and organizations – in this case CSUSM’s University Advancement. Previous Senior Experience projects have had a profound impact on the region, among them a comprehensive analysis and marketing plan that propelled a proposal to transform a struggling off-track betting facility at the Del Mar Fairgrounds into the region’s newest concert venue. Projections call for the new fairgrounds site to host approximately 60 concerts per year.

“The primary goal of the economic study was to demonstrate the short- and long-term impacts generated from the University’s direct spending activity, as well as from developing a more productive workforce with higher wages and an overall improvement in the lives of the graduates and their communities,” said Kevin Dunwell, an accounting student who led the team.

The study’s authors collected data from the CSUSM Budget Office, the National Student Clearinghouse Research Center, the United States Census Bureau’s American Fact Finder, the Federal Reserve Economic Database, the California Department of Industrial Relations, and taxrates.org. The study employed IMPLAN software to measure the impacts of the data that was collected.

Economic Impact of CSUSM Measured at More than $458 Million Annually