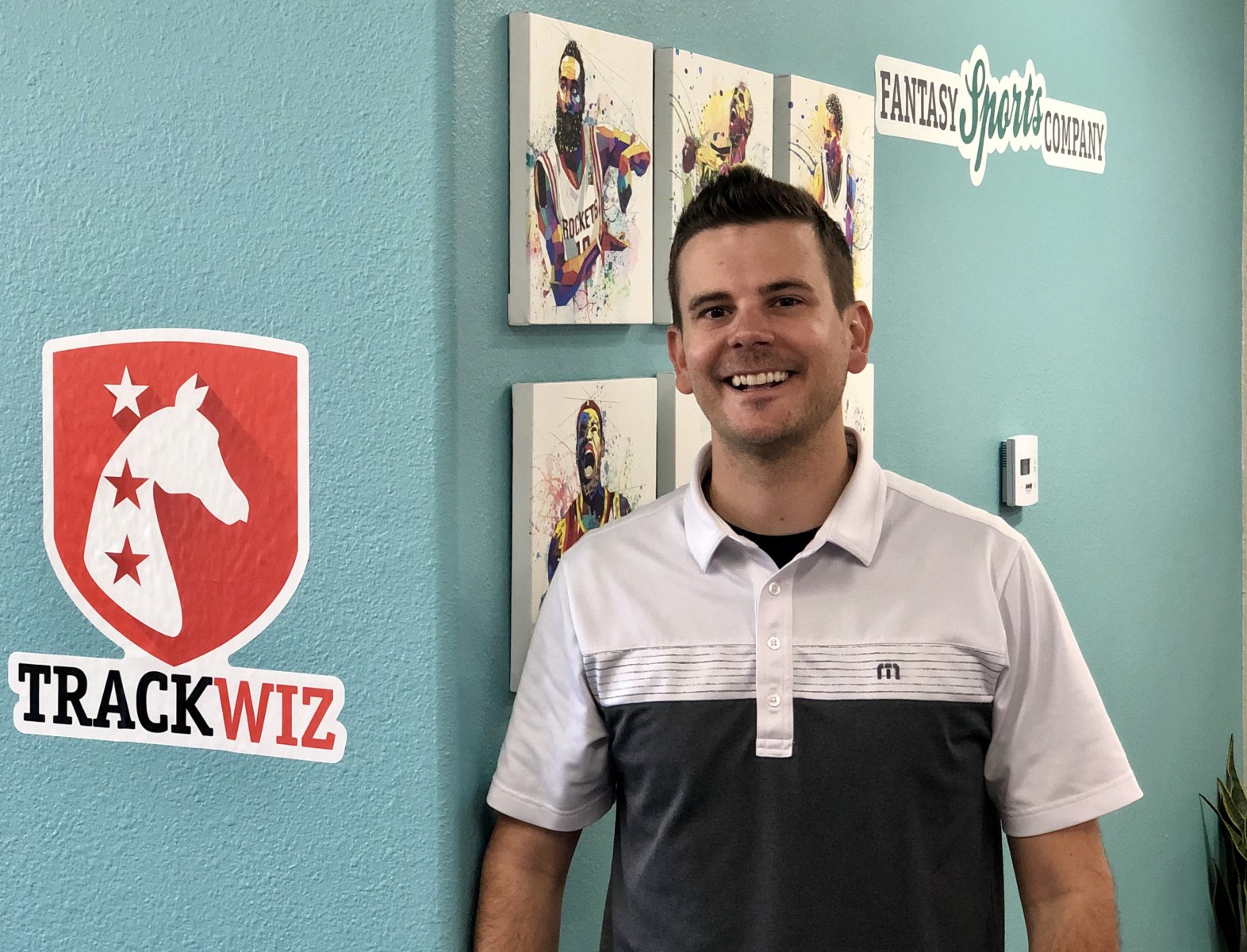 Erik Groset is no horse racing junkie, but like many people in San Diego, he enjoys a nice summer day at the Del Mar racetrack – the gorgeous seaside setting, fun times with friends and family, laying down a little money to make it more interesting.

What Groset didn’t enjoy, on the many days he spent at Del Mar during the decade after he graduated from Cal State San Marcos in 2007, was the betting experience itself. When you enter the track, you can pick up a free booklet with race entries for that day and other basic information or pony up close to $10 for the Daily Racing Form, the bible of horse racing aficionados. In either case, it’s a printed product that usually is out of date even before the first thoroughbred bursts from the starting gate.

Groset believed there had to be a better way, and as a serial entrepreneur, when he puts his mind to something, he’s pretty effective at solving a practical problem. 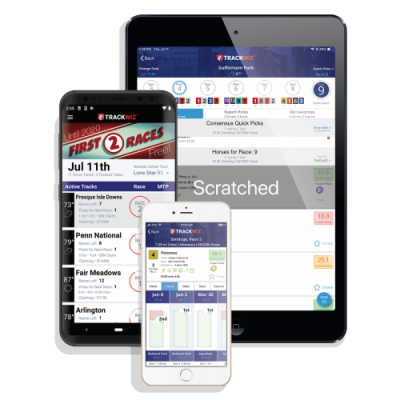 The solution he devised is TrackWiz, a mobile app that takes reams of up-to-the-second statistical data on horses, jockeys and tracks across the country and puts them at users’ fingertips for assistance in placing wagers. TrackWiz was released on opening day of the 2018 summer meet at Del Mar, but it has been overhauled for the current meet that ends on Sept. 2, with a sleeker look and a new deal with Equibase, which provides racing information and stats to tracks throughout North America.

Groset related a story about being at Del Mar on opening day last month and seeing a man getting yelled at by a person behind him in line for the betting window because he didn’t know his favored horse had been scratched from the race.

“That incident speaks to the uninformed nature of most bettors at the track,” said Groset, who graduated from CSUSM with a degree in business administration. “So our goal with TrackWiz is really to make everyone as informed as possible, keep the information as easy to understand as possible, and just empower people to know what’s actually going on before they bet.”

TrackWiz is highlighted by a proprietary algorithm that takes into account more than 100 different data points per horse, including how a horse fares with a particular jockey or trainer and past performance in terms of various tracks, racing surfaces and distances. In each race, horses can be sorted by many different methods, such as TrackWiz rating, odds, expert picks, winning percentage, average money per race, jockey or trainer rating.

Users can’t bet through the app, but they can take advantage of something called a smart bet calculator, which allows them to spread money around to multiple horses in a race to increase the chances of success.

“Most people don’t want to do fractions when they’re two drinks deep,” Groset said. “They want to be told, ‘If I bet $2 on this horse, I’ll win $5.’ And TrackWiz does that in so many different ways. It gives you more of a slot machine effect, which leads to a much more rewarding experience at the track.

TrackWiz can be downloaded for free from the Apple App Store or Google Play. Single-day access costs $5.99, and a premium subscription is $14.99 per month. The price structure is Groset’s way of appealing both to serious bettors and casual fans who might go to the races only once or twice a year.

The biggest issue Groset is facing is one of awareness, which he has tried to remedy with marketing efforts like a billboard at the Kentucky Derby, an ad tailing a plane on Del Mar opening day, and appearances on local TV stations.

“Most people, when they see the app, their eyes get big and they’re like, ‘Whoa, I’ve been looking for something like this,’ ” he said. “It’s been really well received. Where we’re struggling is that horse racing is somewhat technology averse in general. So it’s been hard to get the message out.”

TrackWiz marks the second app produced by Fantasy Sports Co., a Carlsbad-based business that Groset formed in 2015 with his older brother, Peter, who also graduated from CSUSM (in 2004). While Erik is the business-minded face of the company, Peter is the computer science guru who makes it hum. From his home office in Wisconsin, Peter oversees a team of about 10 software engineers – most at the Carlsbad office – who pore over numbers and make on-the-fly adjustments to the company’s products.

The brothers can only hope that TrackWiz achieves the popularity of Fantasy Sports Co.’s bread-and-butter app. LineStar, which offers tools that help customers excel in the booming industry of daily fantasy sports, has been downloaded more than a million times and boasts an average rating of 4.5 stars from its 5,000-plus reviews.

“What makes us different from our competitors is our mobile-first emphasis,” Erik Groset said. “We’re 100% focused on making the best possible mobile apps out there and condensing really complicated data into information on a mobile device that anyone can understand.”

The shift to software has been a welcome change for Groset, who first made his name in business fresh out of college when he started – with former CSUSM classmate Robin DeFay – a company called Zipbuds, which created a solution to tangled earbud and headphone cords using a zipper-integrated design. Groset is no longer involved with Zipbuds, but he was hailed for his role in co-founding it. In 2012, he even visited the White House at the invitation of President Barack Obama, who was recognizing 100 top entrepreneurs under age 30.

“Going to Cal State San Marcos was a double whammy,” Groset said. “One, I got great access to all of my professors, a handful of whom changed my life and made me the entrepreneur I am today. And two, I graduated in 2007, the start of the recession. People’s parents were getting fired from companies, and what was the chance that I’d get hired at the time? Very slim.

“So I had no choice but to start my own business. I just went for it, and haven’t stopped going for it ever since.”