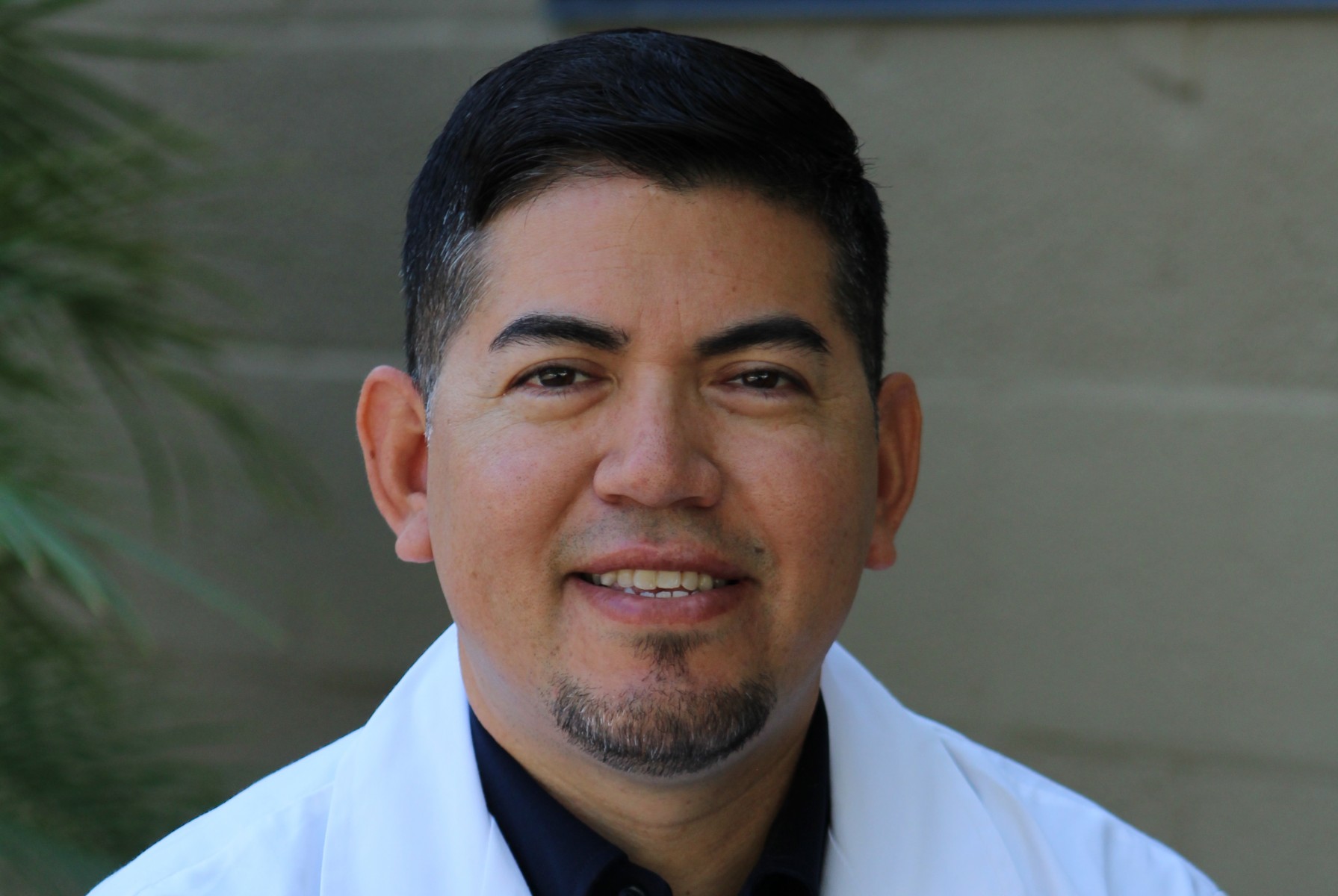 Giancarlo Vallejo, who graduated with a bachelor's in biological sciences in 2018, launched his company Proper Cell Biotechnologies in June.

Giancarlo Vallejo is thinking big when it comes to his fledgling company, Proper Cell Biotechnologies.

“I want to be one of the largest biotech companies in San Diego,” Vallejo said. “I want to bring a lot of talent from Cal State San Marcos. I know it has a good biotech program, and I want to bring students like me out in the light and make sure they have an opportunity to shine.”

It’s easy to understand why Vallejo sees himself in so many of CSUSM’s students. Like many of them, he was a nontraditional college student. His path to a degree began at CSUSM in 2001 and took nearly two decades, culminating in his 2018 graduation. In between was a six-year stint in the Marines, a readjustment to civilian life, a move to Orange County and, finally, a return to the place where his higher education journey began.

Vallejo was 6 years old when his parents moved from Peru to the United States. Although his family lived comfortably in Peru, the country’s economic uncertainty and political turmoil at the time prompted a move to ensure that Vallejo and his sister would have an opportunity to thrive.

“My parents came here to give me and my sister a dream, to give their kids a chance,” said Vallejo, 38.

Vallejo joined the Marines as a reserve after graduating from high school. While he was at boot camp, a friend who was attending CSUSM kept sending him applications and encouraging him to apply. Vallejo eventually filled out one of those applications and was accepted through the Educational Opportunity Program’s Summer Bridge.

Vallejo excelled in the Summer Bridge program, which carried over into his first year at CSUSM. But he was called to active duty after 9/11 and sent to Yuma, Ariz., to train in preparation for deployment to the Middle East. Vallejo spent 18 months in Yuma before it was decided that his platoon wouldn’t be deployed. It allowed him to return to CSUSM, but being back in school after so much time away proved daunting.

“When I started, I was an A and B student and I was doing well,” he said. “But when I came back from military service, my grades weren't as good. An adjustment had to happen.”

Vallejo took some time off and even moved to Orange County. He always intended to return, but he needed several years before he felt completely readjusted to civilian life.

When Vallejo decided it was time to return to school, he initially applied to universities near his Orange County home. But it didn’t take long for him to realize that it would be best to finish where he started. He moved back to San Marcos and into an apartment a stone’s throw from campus, which he said helped him focus on his studies.

Vallejo had worked as a pharmacy technician for Kaiser Permanente for more than a decade when he graduated from CSUSM with a degree in biological sciences, but he found it challenging to land a suitable job in his field.

“I was turned down for a lot of things in my life,” he said. “But my biggest thing is my perseverance. I kept pushing.”

The job-hunting struggles inspired Vallejo to begin thinking about launching his own company. When he raised enough funds to get one started, he wasted little time.

Proper Cell Biotechnologies opened in Sorrento Valley in June with a mission “to provide quality laboratory services in a timely, accurate, and efficient manner and to provide profound research.”

Vallejo has hired a small team – including CSUSM biology professor Daun Everforest as the company’s lead scientist – and anticipates continued staff growth in the coming months. Proper Cell received a Service-Disabled Veteran-Owned Small Business certification from the U.S. Department of Veterans Affairs in September, and Vallejo has started a GoFundMe campaign to raise additional money that will be used for researching cures and vaccines related to COVID-19.

“My parents pretty much rolled the dice moving here, for me to be something,” Vallejo said. “Now that I have this business, they see the fruits of what they gambled.”