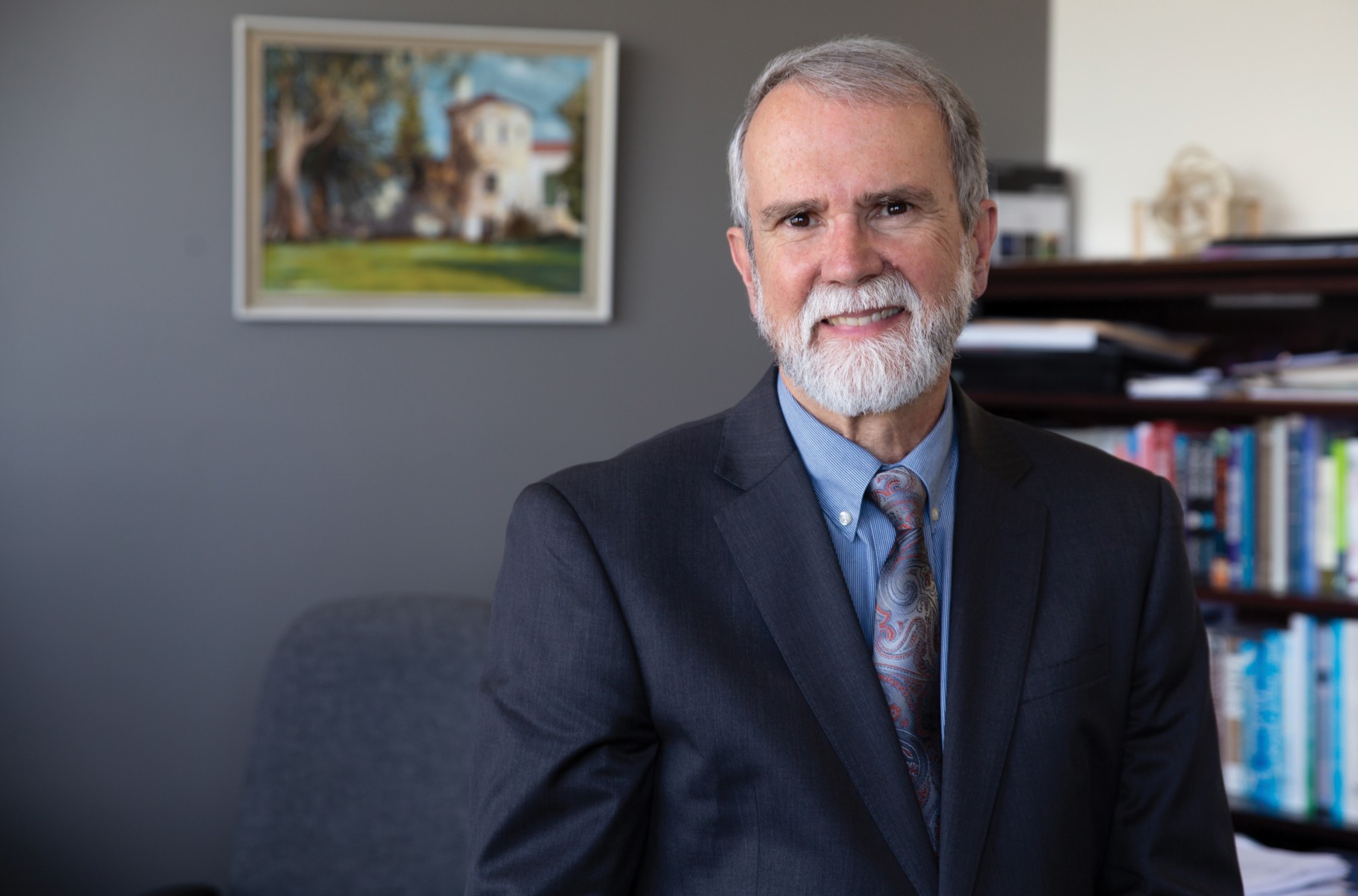 Graham Oberem
After a 6½-year tenure as CSUSM's provost, more than double the California State University average of three years for the position, Graham Oberem is stepping down at the end of June. Photo by Christine Vaughan

Becoming a provost was never part of Graham Oberem’s plan. He never expected to be an administrator of any type at Cal State San Marcos.

But when Oberem steps down as CSUSM’s provost at the end of June, it will mark the end of a 6½-year tenure, more than double the California State University average of three years for the position.

“Dr. Oberem has been an exceptional leader and advocate for Academic Affairs,” said President Karen Haynes, who also will be retiring at the end of June. “I appreciate his thoughtfulness in consideration of university challenges and opportunities, his creation of a strong Academic Affairs leadership team and his seniority and credibility among the CSU provosts.”

A native of South Africa, Oberem arrived at CSUSM in 1996 as the university’s first physics hire. CSUSM didn’t have a physics department at the time – and Oberem was told there wouldn’t be one – so it was suggested that he become faculty in either chemistry or computer science while he taught physics courses. Instead, he convinced his dean to allow him to be an independent unit, providing the opportunity to manage his own budget while he set up the new physics labs.

Before his first semester on campus ended, Oberem wrote to the dean laying out exactly why the university needed a physics department. Most university physics departments at the time focused on preparing students for graduate school, but Oberem advocated for an applied physics program.

“Part of the reason I came here was because of the students we serve,” Oberem said. “I believed strongly that if we had a degree that emphasized applied physics, these students would be highly marketable in the regional job market with a bachelor’s degree. That really did prove to be true, even from the outset.”

The physics program celebrated its 10th anniversary in 2017, and the department was recognized earlier this year by the American Physical Society for being ranked sixth in the nation based on the number of undergraduate physics degrees awarded to underrepresented minorities. 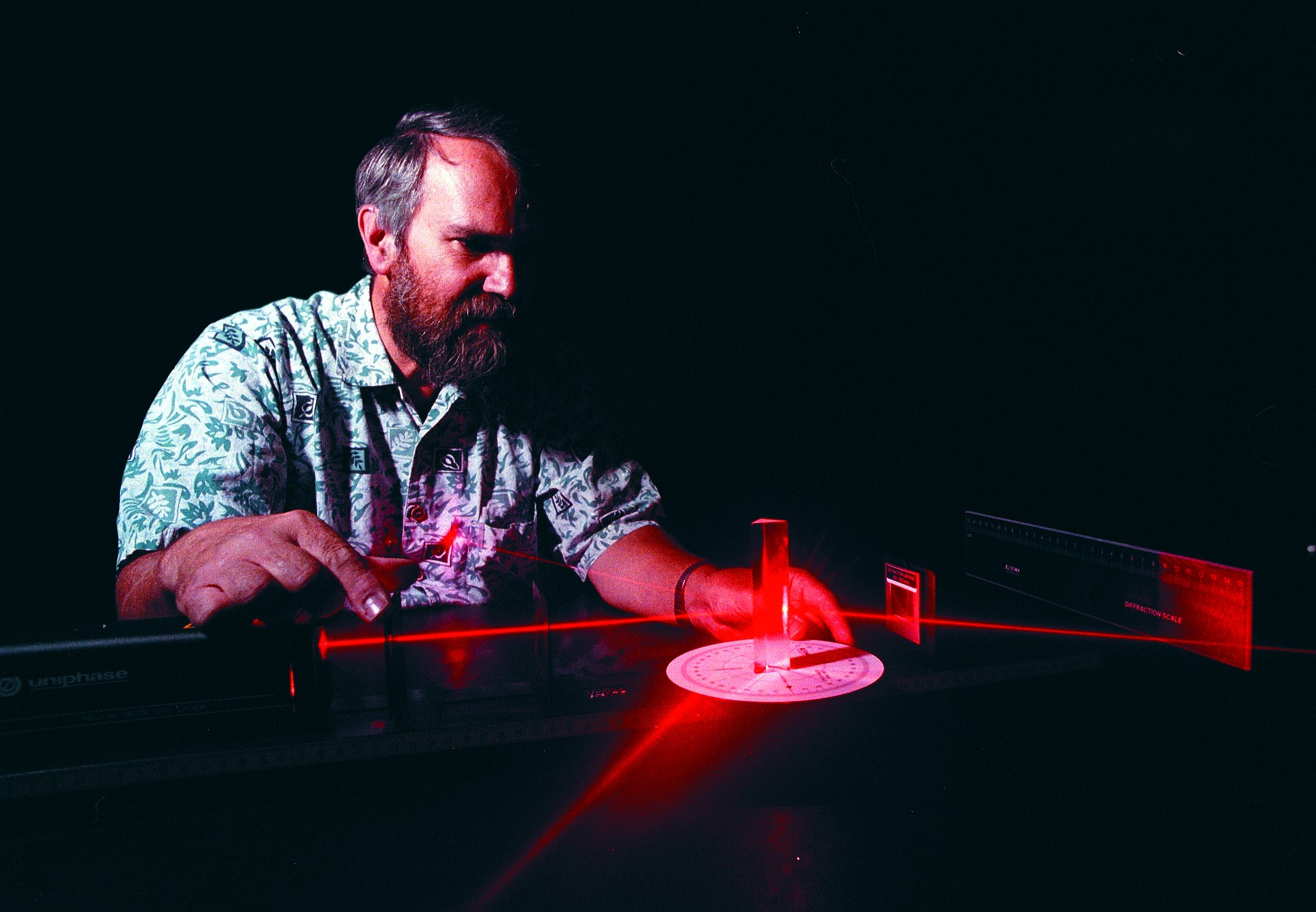 Graham Oberem
The longtime CSUSM provost came to the university in 1996 as the first physics faculty hire.

Oberem’s career took an unexpected turn in 2006 when he agreed to serve a four-year term as an associate dean for the erstwhile College of Arts and Sciences. The split of the colleges was announced at the end of his term, and then-Provost Emily Cutrer asked if he would stay on two more years and move to the new College of Science and Mathematics.

Near the end of the year, Cutrer announced that she was hiring an associate vice president for planning and academic resources, the position now known as vice provost. Intrigued by the job description, Oberem applied and, following a national search, was appointed to the position on May 1, 2012.

As Oberem’s time as an administrator nears its end, he is looking forward to spending more time with his family and pursuing his other interests – he is an accomplished musician and enjoys photography. He also is considering participating in the Faculty Early Retirement Program, which allows eligible tenured faculty to continue teaching part-time.

Oberem is grateful for more than two decades at CSUSM. Founding the physics department was just one of many notable achievements. As provost, he led the creation of the Office of Undergraduate Studies and he was also part of the effort to launch the university’s engineering program. But more than anything, he will miss the people.

“The people here are incredible,” he said. “What’s unique about this campus is the level of collaboration and genuine caring for one another. That’s one of the reasons that I came here.