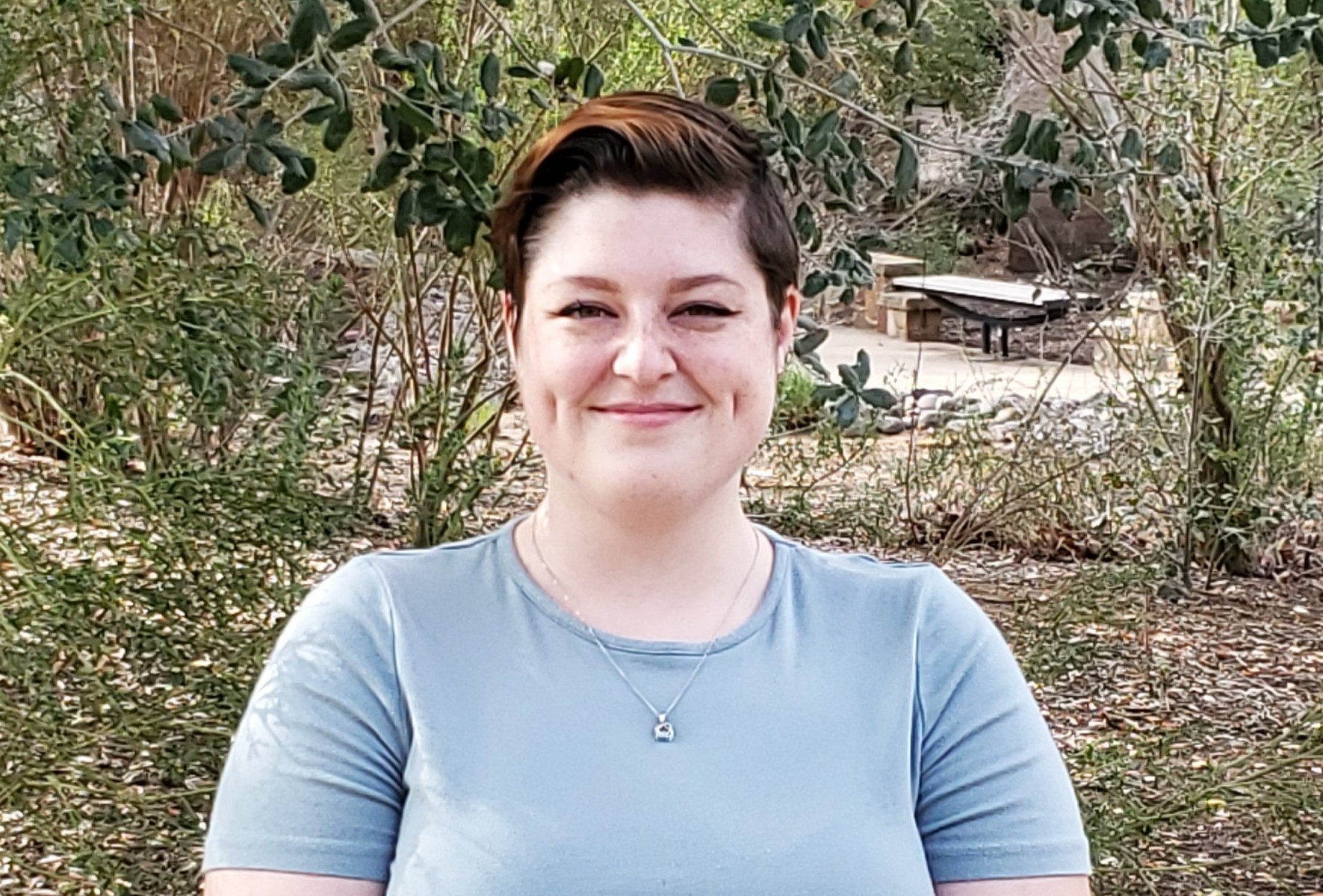 So it was only natural that Wulf immediately called her grandmother a few months ago to share the news that she had landed a dream job as a conservation genetics research associate with San Diego Zoo Wildlife Alliance, which operates the San Diego Zoo and the San Diego Zoo Safari Park.

“She was so excited about it,” said Wulf, who received her bachelor’s in biological sciences with a concentration in ecology from CSUSM last spring. “She was over the moon.”

Walking into the Beckman Center for Conservation Research at Safari Park for the first time as an employee in January was a surreal experience for Wulf, who walked the same halls more than once while on school field trips as a teenager.

“To actually go in the research labs and go in the offices was pretty incredible,” she said.

Wulf said one of the keys to landing the job was her experience with biostatistics. She credits biology professor Bill Kristan for inspiring her to pursue the subject as a minor.

Biology professors Arun Sethuraman and Diego Sustaita also were instrumental in her success at CSUSM and preparing her for a career, Wulf said. Sustaita introduced Wulf to the university’s Summer Scholars program, a 10-week experience that actively engages undergraduates in STEM research. She worked in the labs of Sustaita and Sethuraman on a project to understand the genetic diversity, differentiation and evolutionary history of loggerhead shrikes in Southern California.

“Over the summer, she not only successfully completed all the genotyping and data analyses from shrikes, but also worked with my other lab students on a meta-study, looking at 200-plus population genetics publications and their consistency in use of statistical methods,” Sethuraman said. “Gwen went on to present her work with shrikes at the Society for Integrated and Comparative Biology meeting in Florida in January 2019, and we successfully published our meta-study in the high-impact journal Molecular Ecology Resources.”

Sethuraman said their study was listed among the top 10% of most downloaded articles among all Molecular Ecology Resources publications from 2019.

“We have since continued to collaborate on completing the shrike work for a publication in the coming months,” Sethuraman said. “Gwen has also outshined all her peers in numerous undergraduate and graduate level courses – including bioinformatics, a seminar in evolution, and Molecular Methods in Ecology and Evolution. No wonder her continued excellence has landed her a dream job of working in conservation genetics at the San Diego Zoo Safari Park. I am confident that she will continue to make CSUSM and the Sethuraman-Sustaita labs proud with her achievements.”

Wulf was aware of the project even before being hired because she closely follows news from San Diego Zoo Wildlife Alliance and has such a passion for conservation.

“It’s incredible to be able to work on that same project that I thought was so cool beforehand,” she said.

“Cal State pretty much did everything to prepare me for this job, which was the greatest feeling because it just reassured me that I made the right choice in the university that I chose. Everything that I learned from them and all the experience I gained in the lab, and also with all of that data analysis, really was essentially what got me here today.”