An Award-Winning Study into Undocumented Labor 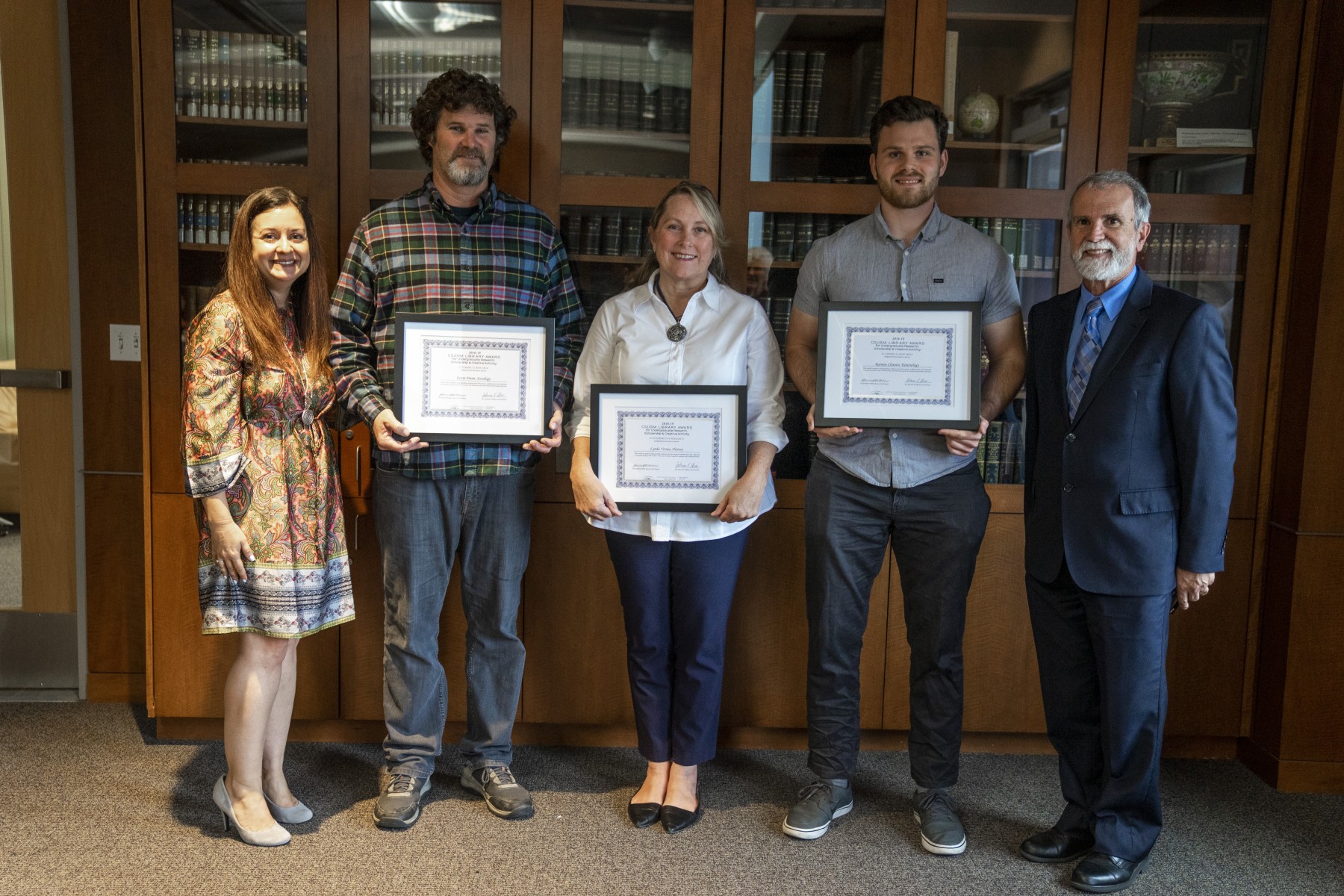 As someone who has spent nearly a quarter century working in the construction industry, Kevin Dunn thought he had a handle on popular misconceptions about undocumented immigrants in the workforce. It wasn’t until the Cal State San Marcos sociology student engaged in an exhaustive, months-long investigation into the issue that he came away with a clearer understanding.

Dunn’s work resulted in a detailed analysis titled “Building Your American Dream: An Ethnographic Study of the Exploitation of Undocumented Laborers” that earned a 4th Annual CSUSM Library Award for Undergraduate Research, Scholarship, and Creative Activity in the category of Empirical Research. The 17-page paper resulted from interviewing undocumented immigrants, those who assist them, employers, and intense research into the subject while validating source material.

“It was a process of discovery,” said Dunn, who is 48 and owns his own construction site cleanup business. “I had a vague awareness of what was going on, but I really didn’t know the half of it. I didn’t know about the sexual exploitation. I knew about the wage theft, but there was much I didn’t know concerning the other myriad ways they are exploited and just as importantly how the cumulative trauma of daily living having to deal with constant hostility and microaggressions impacts themselves and their families.”

A CSUSM junior who aspires to earn a graduate degree in social work and launch a new career as an LCSW, Dunn was not a neophyte in the subject of undocumented workers before he began his study. What Dunn found, however, was undocumented workers who get no benefits or pensions but suffer through more than their share of exploitation. Like a worker who was driven to a construction site and asked to perform oral sex. Or a day laborer who was confronted by a scantily clad woman urging him to perform work inside her home.

“They want to work, they want to support their families,” he wrote. “They want to get ahead. But what ends up happening they are working to just survive and once the utility of their labor has been exploited and they can no longer continue the hard labor that is construction they are cast aside with little services or even dignity. They are constantly under the spotlight with targets on their backs as they just try to make it to another day. My research specifically documented the ways they are exploited, be it wage theft from homeowners, contractors or just as frequently from employers with shared ethnicity. With few if any rights they have no recourse from law enforcement. Exposed to so many vulnerabilities it is not a surprise that many times the men find themselves falling into, ‘desesparacion,’ loosely translated as a feeling of anxiety, desperation and a sense of disappearing.”

Dunn is hoping his work will spark further discussion at CSUSM and elsewhere. His was one of three projects that were honored. A judging panel of volunteer subject and library faculty selected the winners from several submissions. Following is an overview of the other two entries.

SUMMARY: Regular participation in physical activity is effective in reducing chronic disease and mortality risk. Meanwhile, more than half of the American population is classified as sedentary and are therefore at increased risk. High Intensity Interval Training (HIIT) has been proposed as a time-efficient mode of exercise, but the exhaustive nature of it makes it impractical and intolerable for the sedentary population. Reduced Exertion High Intensity Training (REHIT) is a new, less exerting mode of exercise similar to HIIT that offers comparable health benefits and less negative affective responses, potentially making it suitable for the sedentary person. The aim of the present study was to examine how individuals of different fitness levels tolerate a single bout of REHIT.

SUBMISSION: Race, Riot, and Recovery Identifying Motive and Methods of Response to the Violence of the 1863 New York City Draft Riots

SUMMARY: The 1863 New York City drafts riots occurred July 13-16, 1863 as a response to three factors: The Enrollment Act, which drafted men into the Union Army; the economic inequality of the times in which the rich could pay a commutation fee to be exempt from the draft while immigrants lived in abject poverty; and the racial unrest caused by issues relating to the Emancipation Proclamation, citizenship, and perceived threats to immigrant jobs. This paper focuses on the four days of mob violence that comprised the 1863 New York City Draft Riot, identifies groups who responded with assistance to those attacked, and examine the motives and methods of that assistance given during the riot and the recovery period immediately afterward.

An Award-Winning Study into Undocumented Labor