Life in the Balance: Scholarships Make a Difference for Student Athletes 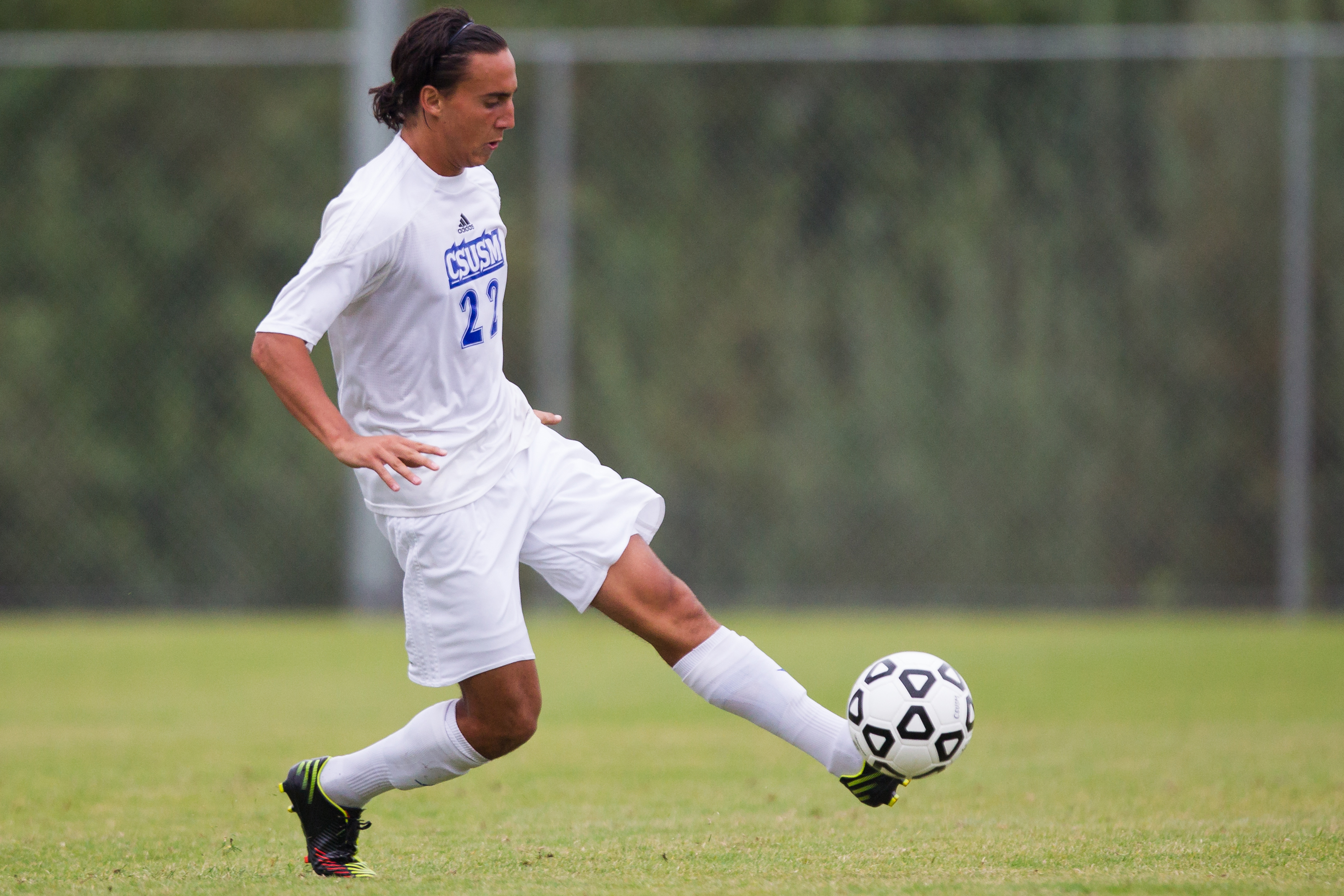 Scholarships play a vital role for CSUSM student athletes who strive to find the right balance between academic and team priorities while also juggling other demands, such as job and family responsibilities.

Growing up in Southern California, Scott Rice fell in love with soccer at a young age. His knack for the sport and positive presence on the field were immediately felt on the CSUSM squad. As a freshman he was named MVP after leading the Cougars to their first conference title. In 2013 he was named NAIA All-American Honorable Mention and was one of the team's highest scoring athletes.

A business major, Scott is interested in a career in sports marketing but is also considering a professional career in soccer.

“It’s been tough because I’ve definitely had a lot of late nights studying or doing homework,” he said. “I’m working thirty-plus hours a week, and then I’m also playing soccer every single day and balancing 16 to 18 units every semester.”

One of NCAA Division II’s core initiatives is “Life in the Balance,” emphasizing the importance of balancing a student-athlete’s educational experience along with his or her athletic competition.

“This theme falls in line with CSUSM’s core value of developing the student component of the student-athlete,” said Director of Athletics Jennifer Milo, “We support our students’ academic pursuits because we realize that, for the majority of them, their future is dependent not on their athletic talent but on the college degree they are pursuing.”

Despite the demands on his time, Scott has maintained a 3.0 GPA in his last five semesters at CSUSM, and he isn’t alone. Nearly 50 percent of CSUSM student-athletes earned a 3.0 or better during the spring 2014 semester.

“Playing soccer here has helped me learn to multitask by focusing on school as well as soccer,” said Scott. “I’ve learned what it’s like to be a part of a team and something bigger than myself. I know that I’ll be able to advance to a career where I can work well with others and I’ll be able to balance everything that I need to do.”

As the 2013-2014 recipient of the Men’s Soccer Scholarship, Scott says a lot of stress has been alleviated, allowing him to focus on success in the classroom and on the field.

“Receiving financial aid was everything, honestly,” he said. “I don’t know if I would have been able to go to a four-year if it wasn’t for my scholarship. The fact that donors are able to help us—I thank them a lot.”

And that’s where the Cougar Athletics Club comes in. The Cougar Athletic Club is the primary fundraising arm of the Cal State San Marcos Athletics Department. Through the generosity of its members, the club is focused on providing the resources the University needs to enrich the lives of student-athletes through scholarships.

Last year, nearly 40 percent of CSUSM’s donors gave to Athletics. We invite you to join them – with one simple donation, you can help strengthen our growing athletics program, expand scholarship opportunities and ensure a winning future for student-athletes. Every gift makes a difference.

To learn more and give now, visit the Cougar Athletic Club webpage.

Life in the Balance: Scholarships Make a Difference for Student Athletes