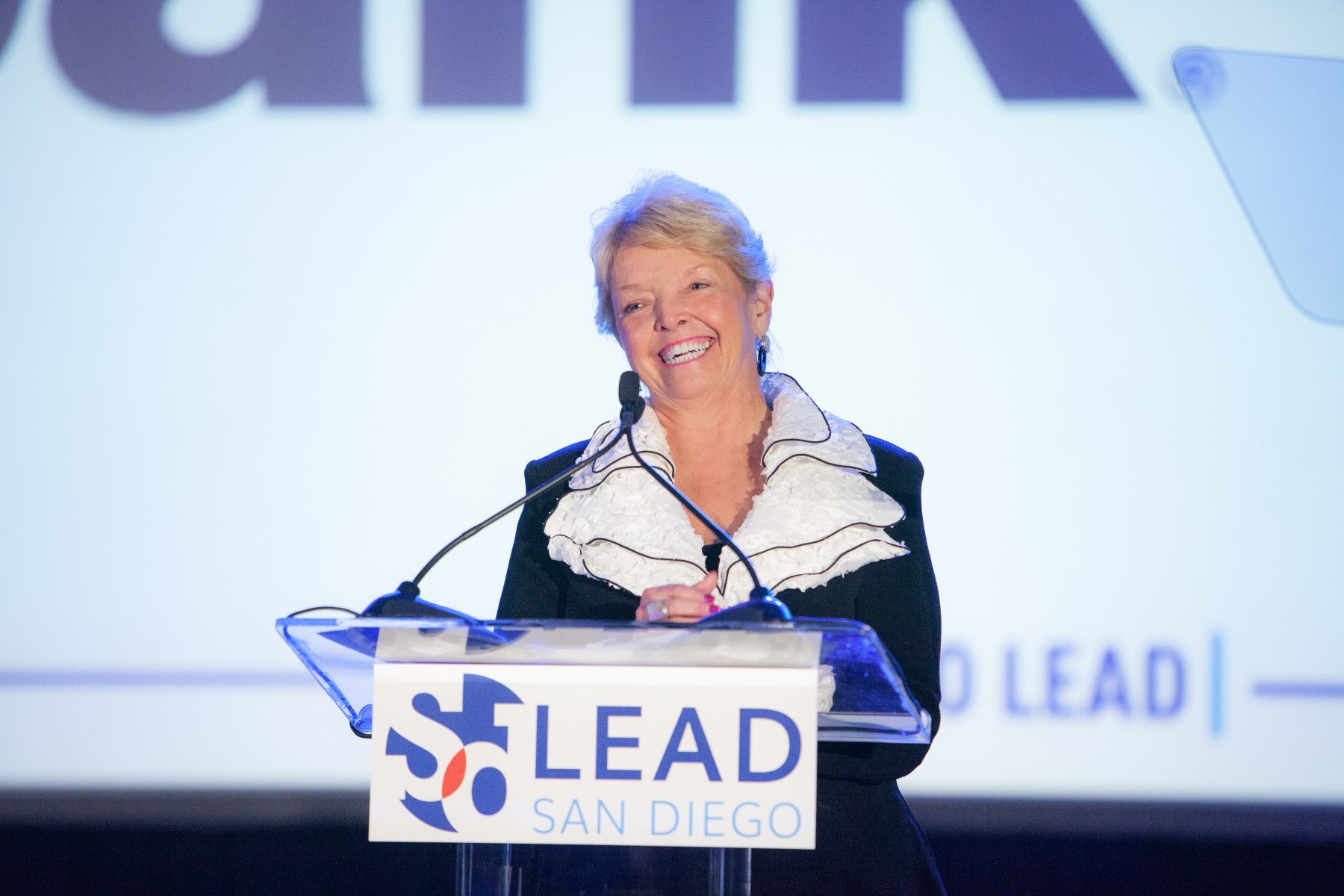 It was the second time Haynes has been honored by local leaders in recent months. In May, the San Diego Regional Economic Development Corporation awarded her the Herb Klein Civic Leadership Award, given annually to “an individual who has demonstrated outstanding leadership by addressing challenges and making significant contributions to improve the region.”

The Neil Morgan Memorial Award has been awarded since 1993 and was renamed in honor of the longtime local journalist who died in 2014. It is given each year by LEAD San Diego, the leadership development arm of the San Diego Regional Chamber of Commerce, to “an individual who has served as a catalyst for positive change, resulting in a better future for the region.”

“I know that Neil Morgan cared deeply for our region, that he was a tireless advocate for its potential and possibility, and he never stopped being a catalyst for positive change,” Haynes said. “Those are values that resonate for me. During my leadership of CSUSM, we have continuously sought new ways to serve our students and our region and, while doing so, challenged the status quo, disrupted the traditional models of higher education, and propelled our students and our region forward.”

Haynes is the longest-serving president in CSUSM’s history, and her tenure, covering more than half of the university’s existence, will come to an end on June 30 when she retires.

Haynes’ legacy at CSUSM includes taking a university of some 7,000 students when she arrived in 2004 and growing it into the educational hub of the region, a university that today has 17,000 students who represent the diversity of the surrounding communities. The 10 buildings that comprised campus back then have more than doubled under her leadership. The university’s alumni base, about 13,000 when she arrived, is approaching nearly 49,000 – and Haynes has shaken the hands of nearly three-quarters of those graduates at commencement.