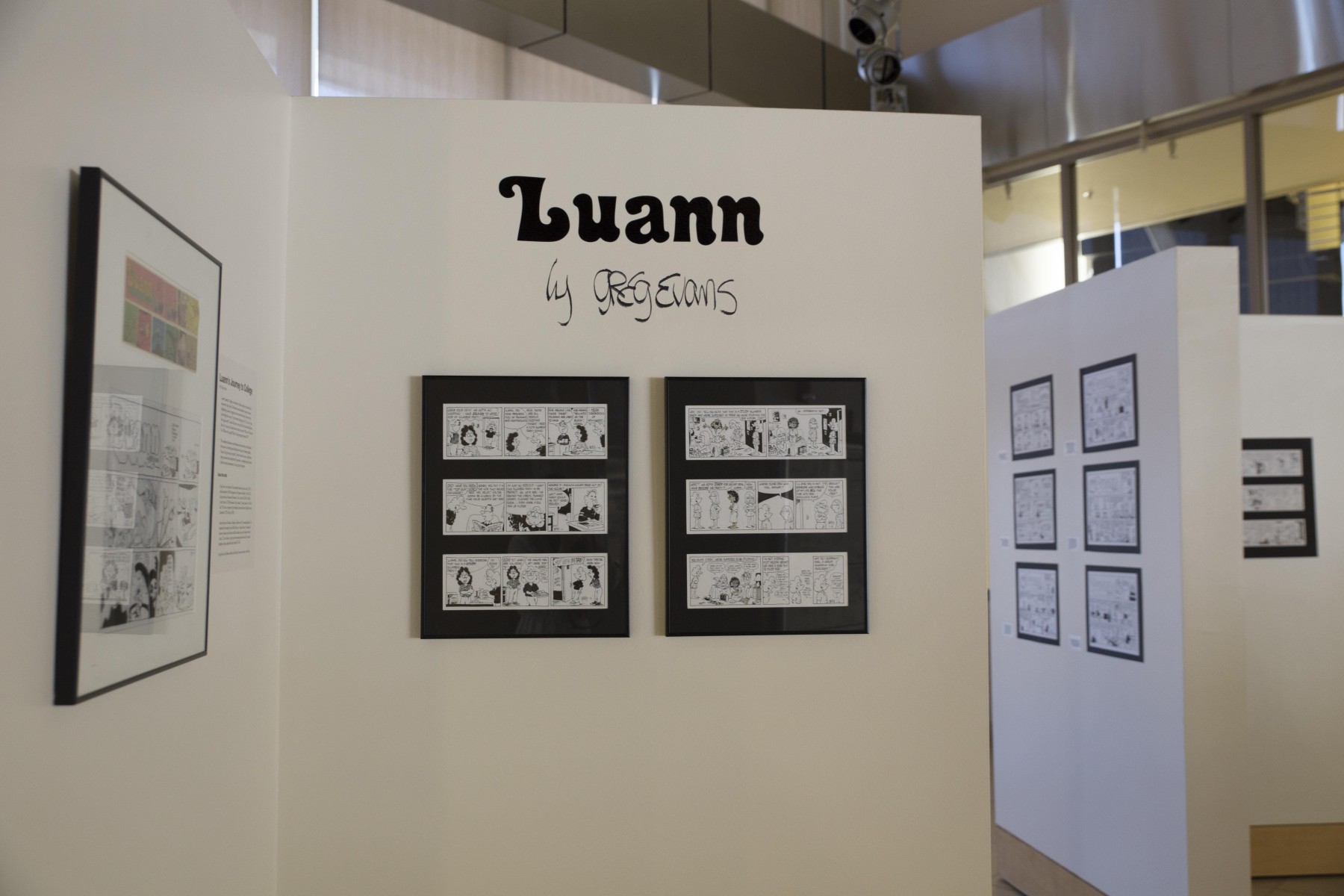 An exhibition at California State University San Marcos (CSUSM), titled Luann's Journey to College, showcases a selection of Sunday strips by renowned local cartoonist Greg Evans. This limited, special exhibition features cartoons highlighting Luann's struggles and successes with school, from her early junior high days at age 13 to her current college age of 18. Luann faces insecurity and indecision like many teens, and her immaturity sheds a funny light on difficult situations. The exhibition will run from Friday, June 17 through Wednesday, August 17 during library business hours.

Evans is the creator of the nationally syndicated comic strip, Luann, which launched in 1985 and appears in 400 papers worldwide. In May 2016, Evan’s received an Honorary Doctorate in Fine Arts from CSUSM. In 2006, Center Artes at CSUSM produced his musical, “Luann, Scenes In A Teen’s Life.” He’s also a recipient of the National Cartoonists Society’s highest honor, Cartoonist of the Year, for 2003.

Greg was born in Burbank, California. Afflicted with "Cartooning Disease," he dreamed of becoming the next Walt Disney or Charles Schulz. He submitted dozens of comic strip ideas which yielded nothing but a pile of rejection letters. At age 37, he was about to give up his cartooning dream when his six-year-old daughter, Karen, inspired the idea behind Luann.

When: Friday, June 17 through Wednesday, August 17

Exhibit class visits or guided tours are available upon request. For more information contact the University Library at context@csusm.edu or 760-750-4378.

CSUSM is located at 333 South Twin Oaks Valley Road in San Marcos. For more information or directions to the campus, visit http://www.csusm.edu/guide. Visitors may purchase a daily or timed permit in any general parking lot utilizing the daily permit machines.

The University enrolls over 14,000 students. With approximately 2,000 employees, the institution is a Great College to Work For® (The Chronicle of Higher Education). As a recipient of the annual HEED Award since 2014—a national honor recognizing U.S. colleges and universities that demonstrate an outstanding commitment to diversity and inclusion—CSUSM is committed to creating a diverse and inclusive environment.