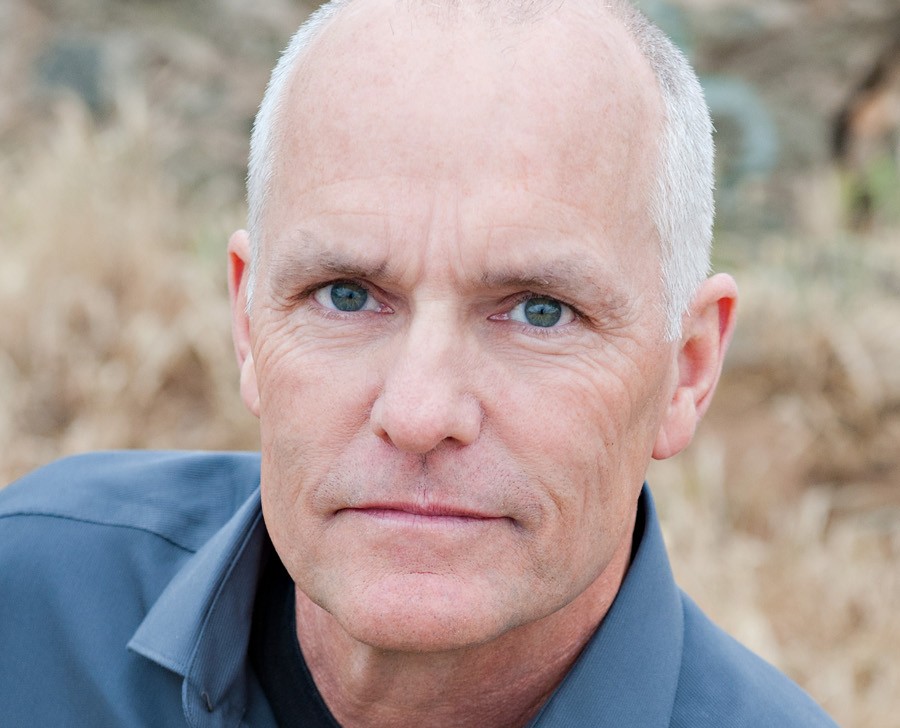 Neal Griffin's fourth crime-fiction novel, "The Burden of Truth," is being released this month.

Neal Griffin doesn’t remember exactly when he first sat down to start writing, just that it was something his wife encouraged him to try.

“She said to me, ‘You're always telling these stories and you seem to enjoy it. You should start writing some of them down,’ ” Griffin said. “At some point, I just started putting it in the voice of another character in another time and place, and one thing led to another.”

In Griffin’s case, it has led to a new career as a crime-fiction novelist.

Griffin, who graduated from Cal State San Marcos with a bachelor’s in political science in 1994, retired four years ago after a 27-year career with the Escondido Police Department to devote his full attention to his burgeoning writing career. His fourth novel, “The Burden of Truth,” hits bookstores and online book sellers on July 14.

Griffin’s first three books – “Benefit of the Doubt,” “A Voice from the Field” and “By His Own Hand” – are part of a series called the “Newberg Novels,” named after the fictional Wisconsin town in which they are set. But retiring from the Escondido Police Department helped Griffin feel the freedom to write a story set in North County with a plot that had long been gestating in his mind.

“I just decided that it had to be one or the other – I’m either a writer who's going to be, at some level, critical of the police out in the public talking about things that go right and wrong or I’m going to be a lieutenant who toes the party line and represents the organization every time he stands up in front of an audience,” Griffin said. “It’s probably the old Marine in me, but that's how I felt, that you're a cop 24 hours a day. So 27 years in, I just decided I'd leave a little early. And once I did that, I knew I could write the book that I really wanted to write.”

Taking place in Vista, “The Burden of Truth” tells the story of Omar Ortega, an 18-year-old graduating at the top of his high school class and preparing to join the Army to help his mother and siblings escape the dangerous living situation that has been part of their lives since Omar’s father was deported. Those plans – and Omar’s life – change in an instant when he is falsely accused of being a cop killer.

While the book is fictional, it was inspired by events Griffin observed during his police career.

“This book has always been in the back of my head as a story I wanted to tell because it's really based on a real story,” he said. “I obviously changed it a lot, but the whole premise of a really nice young man making a really tiny mistake and winding up in the crosshairs of the criminal justice system and not knowing what to do, that's true. It's true in a lot of cases that cops work on, but it was particularly true in a case where a young man got in a car and somebody got killed – it wasn't a cop, but somebody got killed. And he got sucked into it.”

Griffin grew up in Wisconsin reading Joseph Wambaugh, a bestselling author and former police officer whose books focus on police work, and Griffin’s goal was always a career in law enforcement. He joined the Marines after high school with the hope that it would put him on the path to becoming a police officer. He served in the Marines for eight years and, the very week that he got out, started at the police academy.

Griffin’s wife, Escondido Councilwoman Olga Diaz, graduated from Santa Clara University in 3½ years. Griffin jokes that he also graduated a semester early – it just took him 15 years to do it. He had attended community college over the years and was working for the Escondido Police Department when he decided to complete his bachelor’s at CSUSM, which had then only recently opened.

“She was this really amazing sociology professor who came down from Stanford where she’d worked,” he said. “But she wanted to be part of starting a new university. So there I was with a Stanford professor in a course she wrote specifically on the subject of inequality, and there were 12 of us in the classroom. It didn't get any better than that. It was just this really great learning experience. I can still think back on some of her positions and the things she made us think about.”

Griffin never lost his enthusiasm for reading and telling stories, and Diaz’s encouragement eventually led him to try his hand at writing. But he mostly kept this newfound passion to himself.

Griffin began attending writers’ conferences and eventually signed with an agent, who sold his debut novel, “Benefit of the Doubt,” within weeks.

“That came out of nowhere, really,” he said. “I went from thinking, ‘OK, now I'm starting the fight’ to standing in what amounts to the victory circle. So I had to go back and tell everybody at work, ‘Oh, by the way …’ Everybody was a little bit taken aback, but then again, that was kind of my rep anyway, doing something crazy like that.”

The publication of “The Burden of Truth” caps what has been a three-year process and, while promotion efforts for the book are just underway, Griffin is already working on his next novel, which will be a return to the Newberg series. Currently untitled, it is a prequel that focuses on a retired police officer from “Benefit of the Doubt” as he is beginning his police career in the early 1970s.

Griffin is at the computer working by 5:30 most mornings and typically writes until about 1 p.m. He’s simply following the advice he gives to other aspiring writers.

“I think what almost any writer would tell you is you get better at it by practice,” he said. “If you're going to commit yourself to either a career or real strong hobby in writing, you need to write every day and you need to recognize that it involves a level of commitment, like anything else. Each page you write, you're trying to drive people toward the next page in a coherent story that will mean something to them.”

Read an excerpt from Neal Griffin's latest novel, "The Burden of Truth," at this link.