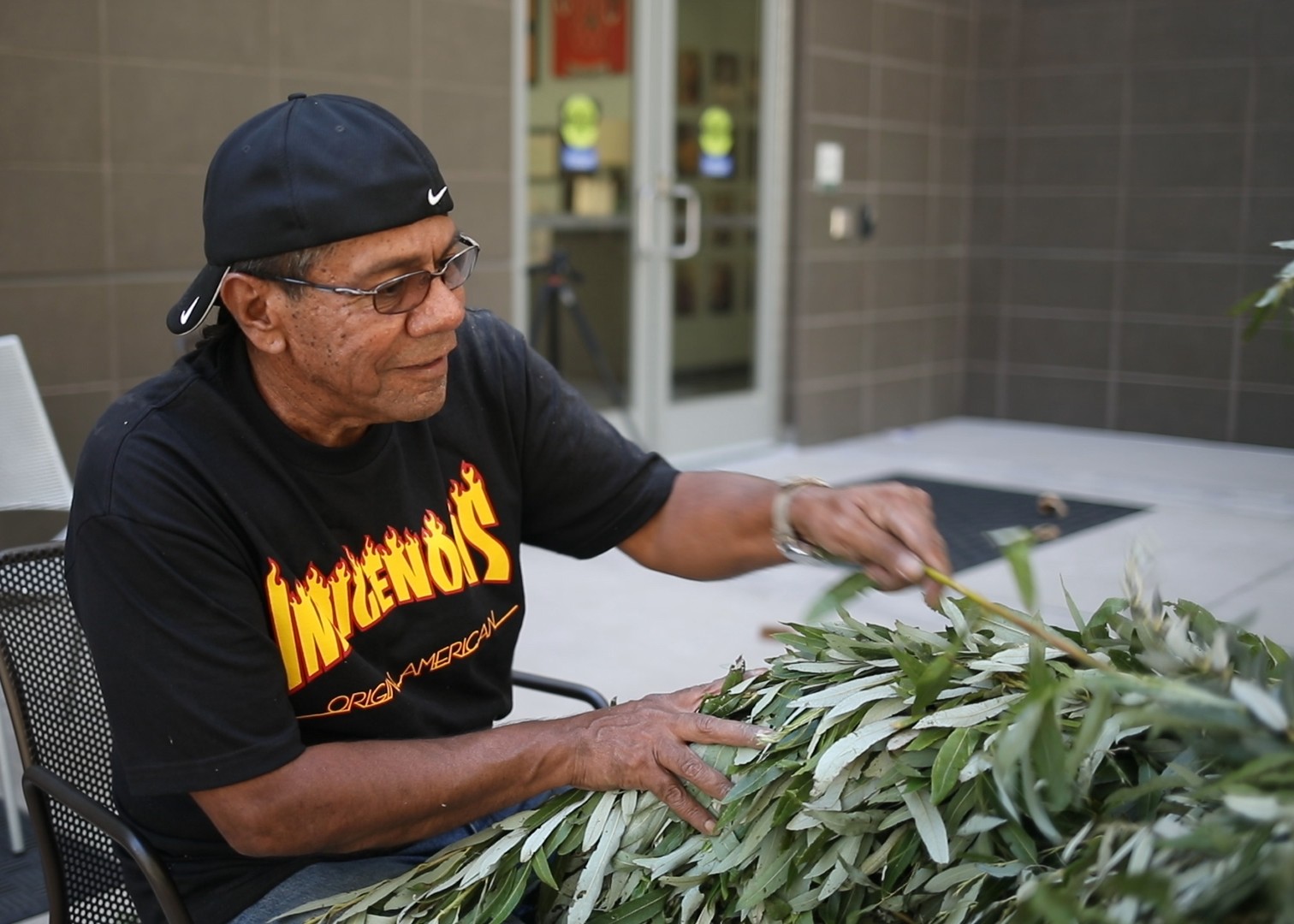 Stanley Rodriguez has been an American Indian studies lecturer at CSUSM since 2017.

Rodriguez was one of six appointments announced by Newsom last month. Five of them were to the Native American Heritage Commission (NAHC).

The NAHC is a nine-member body created in 1976 that identifies, catalogs and protects Native American cultural resources – ancient places of special religious or social significance to Native Americans and known ancient graves and cemeteries of Native Americans on private and public lands in California.

Rodriguez served as an E-5 in the U.S. Navy from 1985 to 1991. He is an enrolled member and serves as a council member of the Santa Ysabel Band of the Iipay Nation.

Rodriguez earned a Doctor of Education degree in educational leadership from UC San Diego and a master’s in human behavior from National University.

History professor Alyssa Sepinwall was a 2021 honorary mention recipient of the Haitian Studies Association’s biennial Haiti Book Prize for her book, “Slave Revolt on Screen: The Haitian Revolution in Film and Video Games.”

“Slave Revolt on Screen” is Sepinwall’s third published book, following “Haitian History: New Perspectives” (published in 2012) and “The Abbé Grégoire and the French Revolution: The Making of Modern Universalism” (2005).

CSUSM was recently among the California colleges and universities honored as 2021 Champions of Higher Education and Equity Champions for Excellence in Transfer by The Campaign for College Opportunity.

The university was recognized as a “2021 Equity Champions for Excellence in Transfer for Black & Latinx Students” for being an institution that works with intentionality to support Black and Latinx students through the Associate Degree for Transfer.

CSUSM ranks 50th on SafeWise’s list of “The 50 Safest College Towns in America of 2021.” SafeWise, an online resource for safety and security, said it analyzed the latest FBI crime data for 422 cities to rank the 50 safest college towns in the country.

SafeWise states that the rankings are based on college towns with populations of 15,000 or more that report the lowest violent crimes and property crimes per 1,000 residents.

Alumna Antoinette Chanel, who graduated in 2006 with a bachelor’s in literature and writing studies, recently published her third book, “Connecting the Dots,” which is an affirmation book and adult coloring book designed to help people struggling with their mental health.