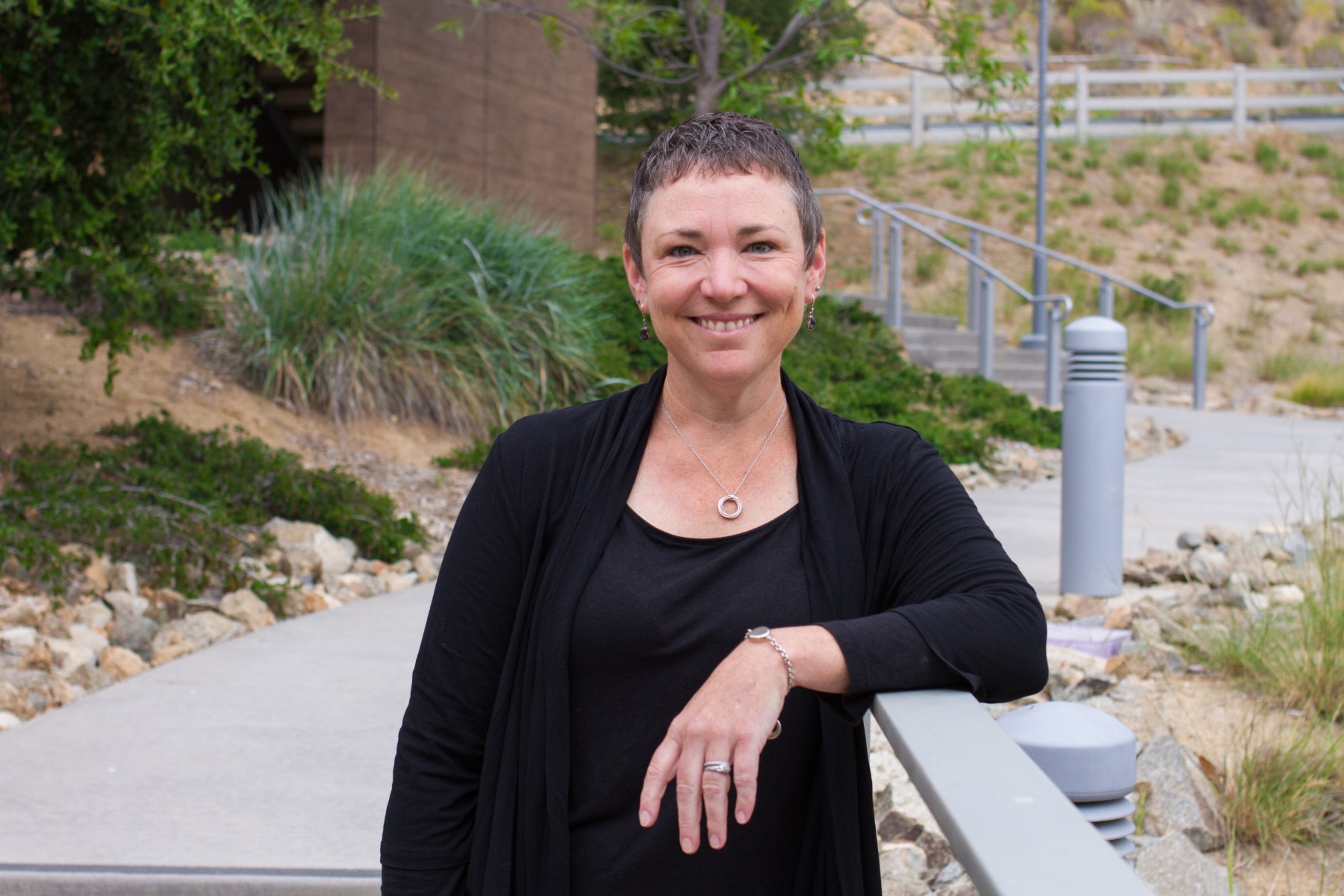 Jocelyn Ahlers is not only trying to save the history of California’s indigenous people, she’s also hoping to help build their future.

The Cal State San Marcos professor of linguistics and chair of the Liberal Studies Department is a linguistic anthropologist whose work focuses on the documentation and revitalization of Native California languages. She works with tribes across the state to document their native languages to help pass them down to future generations.

As CSUSM celebrates its 25th anniversary, Ahlers is the epitome of what the university is all about: applied research and service.

“Being a resource for communities who are trying save something is so important,” she said. “Language encodes a way of being in the world and seeing the world. To lose language is to lose an important way of expressing a culture.”

Her current project involves the small Kawaiisu tribe in the Tehachapi area. Only two fluent speakers of the language remain. Efforts have included recording 65 hours of conversation among the last three native speakers of Kawaiisu (one has since died).

Reflecting on her 13 years at CSUSM, Ahlers said: “That went by fast. When I started here, we were half the size we are now. We have grown so much. This is an incredibly vibrant place to be.”