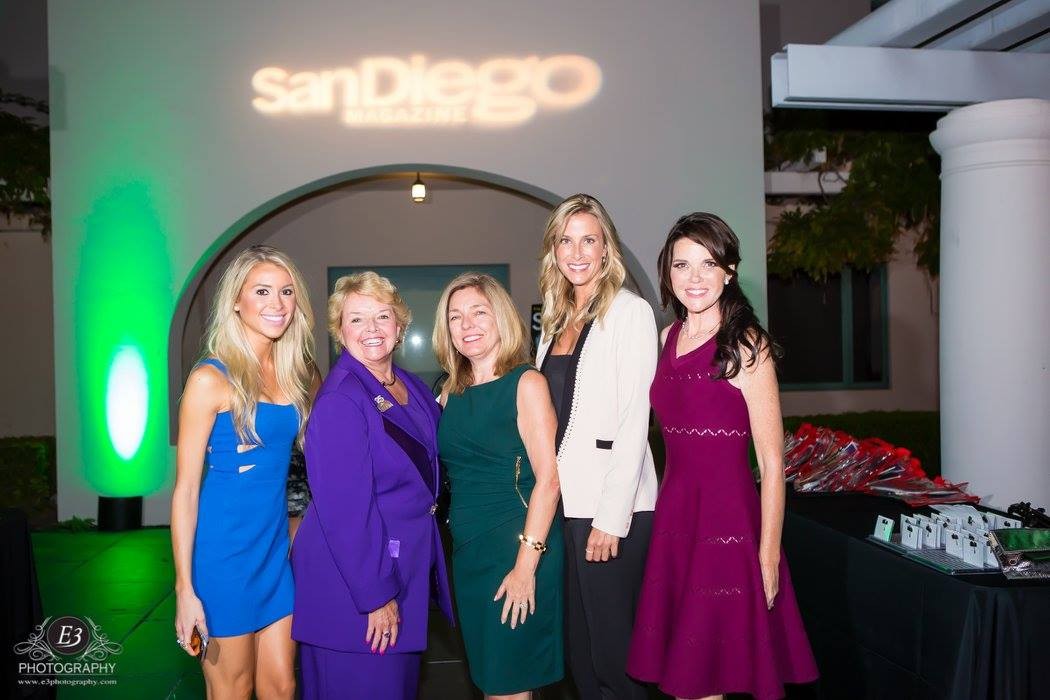 Dr. Karen Haynes, president of California State University San Marcos (CSUSM), has been named Woman of the Year by San Diego Magazine. The honor was presented at the 2015 San Diego Magazine Woman of the Year Awards on September 29 at the Museum of Contemporary Art in La Jolla, Calif. The awards honor dynamic regional women who are committed to creating positive change.

Over 400 San Diegans attended the event, including the nearly 100 Woman of the Year nominees. Other 2015 Honorees included Shelley Lyford, COO of West Health and president of the Gary and Mary West Foundation; Meghan McCool, founder of Care Medical Transportation; and Debra Schwartz, president and CEO of Mission Federal Credit Union. Annie Lawless, co-founder of Suja Juice, was named winner of the Young Leader Award.

“To be chosen from among the many talented and exemplary San Diego women is an honor,” said Haynes. “It is fulfilling to even be nominated for doing a job I love that allows me to pursue my passions: expanding pathways to education and encouraging women into leadership."

Haynes is CSUSM’s third and longest-serving president, leading the University since 2004, and she is the senior female president in the CSU system. Under her leadership, the University has become a first-choice campus for the region, with a particular focus on serving educationally-at-risk student populations such as former foster youth, veterans and Native Americans. Fifty-two percent of the 2014 graduating class were the first in their families to earn a four-year degree; and well over half of the student body identifies as being a minority. Dr. Haynes’ commitment to public higher education is helping CSUSM transform the lives of students and families throughout Southern California.

Haynes has been recognized for her contributions to higher education with several awards and honors, including recently: The 2015 President of the Year Award from the California State Student Association for outstanding commitment to CSU students; the 2015 Trailblazer Award from Leadership California, which honored her as one of six female CSU presidents for groundbreaking achievements and leadership in academia; and the Cool Women of 2015 Award from the San Diego Girl Scouts. In 2014, the Social Work Degree Guide named Dr. Haynes the third-most influential social worker in the United States.