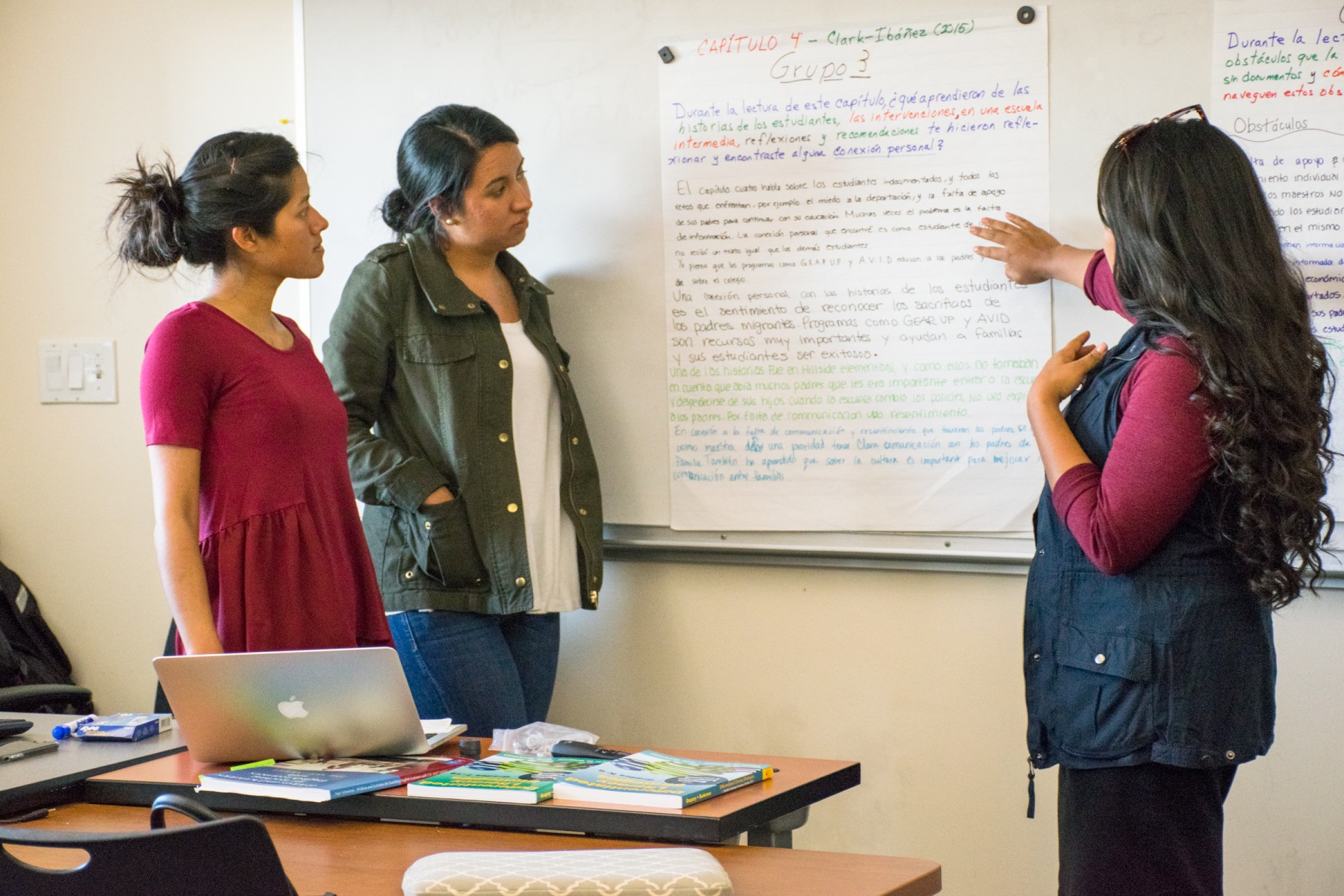 Ana Hernandez knows the value of being bilingual in the teaching profession.

At the end of March, she took 16 Cal State San Marcos School of Education students to the California Association for Bilingual Education conference in Anaheim.

She has already heard from school districts wanting to interview them.

“They’re worth their weight in gold because they get a regular credential and then on top of that they’re bilingual and they’re credentialed to teach in a bilingual class,” said Hernandez, an associate professor of multilingual and multicultural education and coordinator of CSUSM’s Bilingual Authorization Program, Dual Language Certificate and Multicultural Specialist Certificate in the School of Education.

Hernandez is completing the first year of a $2.56 million, five-year grant awarded last fall through the U.S. Department of Education. The grant is titled Project ACCEPT, or Aligning the Common Core for English learners, Parents and Teachers.

The project is supporting the professional development of teachers preparing to teach English language learners. Hernandez said that out of nearly 400 grant applications, only 48 were funded.

The K-12 teachers will be trained in strategies for dual-language education with English-language learners.

“One of the nice things about these programs is the other half of the students are English-only students who want to learn Spanish as a second language,” Hernandez said. “It’s like a conduit and they’re learning languages from each other. So not only is the teacher teaching language through content, such as science in Spanish or social studies in English depending on what the school district decides to do with the content instruction, but then those students are also learning the other language.” 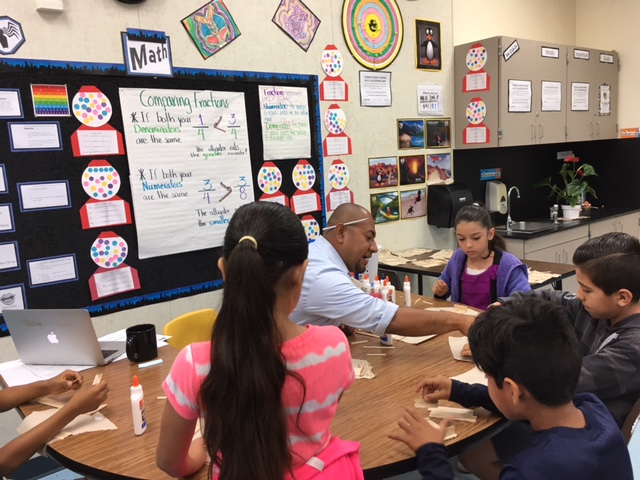 Eliseo Higinio
Eliseo Higinio, who completed CSUSM’s Bilingual Authorization Program two years ago, teaches a third-grade bilingual class at Maie Ellis Elementary in Fallbrook. Eliseo is also in CSUSM’s Dual Language Certificate program and will receive a $3,500 stipend upon completion of the program from the U.S. Department of Education grant that was awarded to Ana Hernandez, an associate professor of multilingual and multicultural education and coordinator of CSUSM’s Bilingual Authorization Program, Dual Language Certificate and Multicultural Specialist Certificate in the School of Education.

The grant provides stipends for the K-12 teachers as well as funds for attending conferences and instructional materials.

Working with local school districts is just one part of the grant. It is also helping to recruit new bilingual teachers through CSUSM’s teaching credentialing program. CSUSM students receive a $3,000 scholarship for completing the program, which includes two classes and a field experience in a bilingual setting. They also take a state exam to establish oral and written proficiency in Spanish.

CSUSM student Christopher Norby is adding an English credential and the bilingual authorization to increase his hiring prospects.

While many of the students in the program are native or heritage Spanish speakers, Christopher started learning Spanish in eighth grade. He continued taking Spanish classes through high school and earned a minor in it as a CSUSM undergrad.

“I knew that this skill would be an advantage for me as an educator and was excited to hear about a Bilingual Authorization at the beginning of my credential program,” Christopher said.

Hernandez is hoping more CSUSM students learn about the scholarship opportunity. They are awarding 16 this year and will have funding for 50 next year – 25 through the Dual Language Certificate Program and 25 through the Bilingual Authorization Program.

Christopher said the program has been instrumental in helping him develop his teaching skills for English-learning students.

“These students are often the most lost and in need of help at the high school level, especially in content area classrooms where there is little additional support,” he said. “Being able to use skills acquired in this class has made me more adaptable for the students that need my help. Having learned a second language myself and having been a language minority in my Spanish classes has made me more appreciative and relatable to the struggles of my language-learning students.”

The grant also has a research component that includes following program participants to track their progress as bilingual teachers.

“It’s exciting to see our students involved in something like this and also that we’re working so closely with our community partners,” Hernandez said. “Our University is all about service and partnerships in our community and strengthening that. This benefits both the public education system and our students at Cal State San Marcos.” 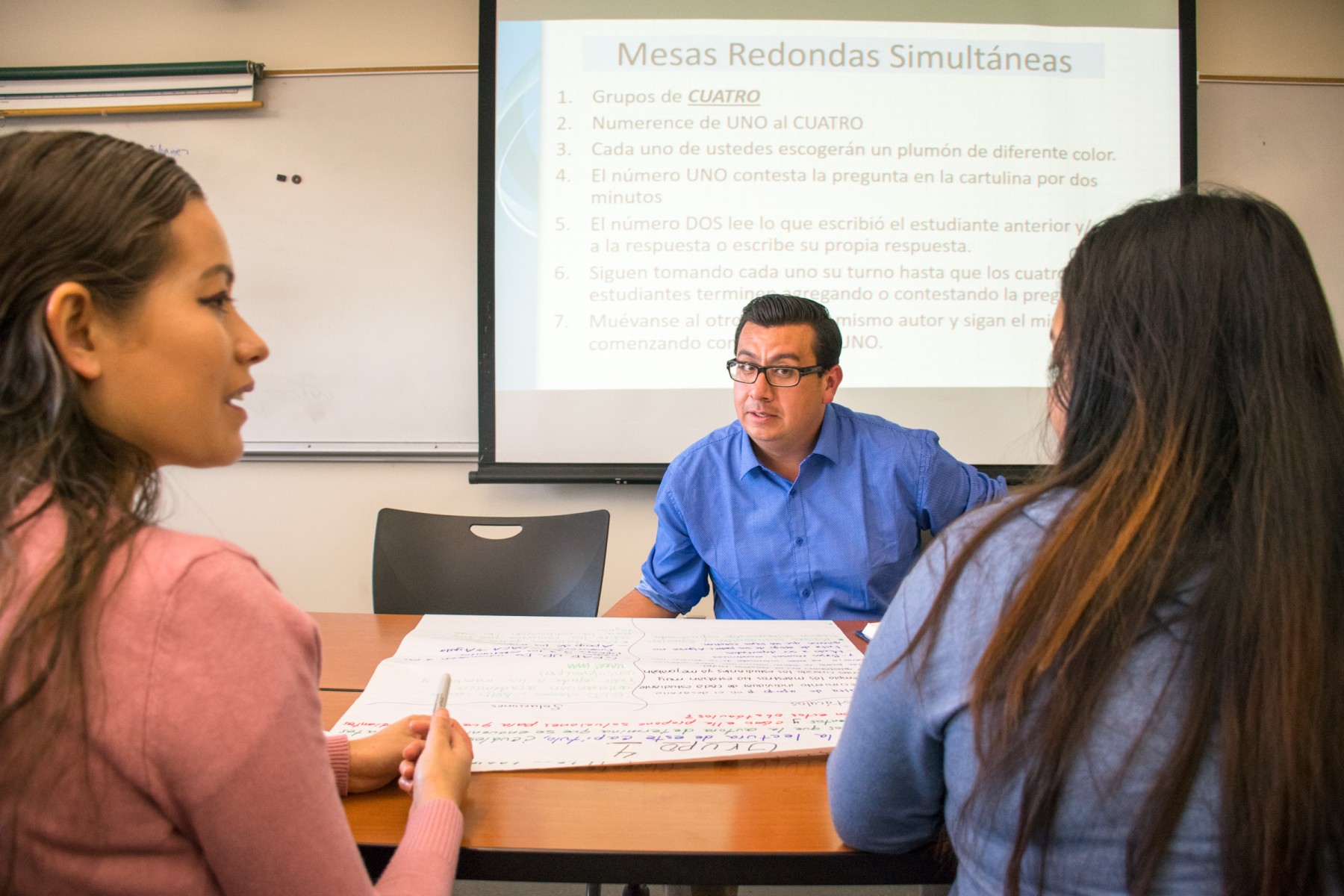