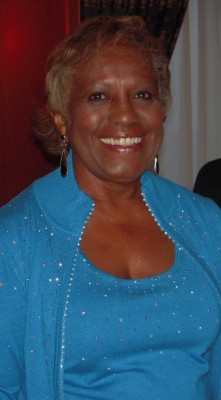 Clendening is a 2013 graduate of Leadership North County, a program of California State University San Marcos (CSUSM) that seeks to cultivate leaders who will address issues unique to the North County region, while also developing harmonious relationships within the cities. In its nearly two decade history, Leadership North County has graduated approximately 250 individuals. Once a month session topics cover a wide variety of topics related to the region including government, business, healthcare and education.

Each year the Leadership North County Alumni Network presents the Fran Aleshire Award to a graduate of the program who, in the spirit of community leader Fran Aleshire, exhibits the characteristics of great leadership. Individuals are nominated by their peers.

“It was my special privilege to know Dr. Aleshire personally,” said Clendening. “I met her in the late eighties and had the opportunity to be part of an action group of African Americans in North County that she facilitated.  Fran spent her life providing information and direction to potential leaders who would use their abilities to impact their communities. It is an unexpected honor to receive this award.”

Past recipients of the Fran Aleshire Award include:

Clendening, a retired educator, is a board member and immediate past president of the Vista Community Clinic and founding member of the North County African American Women’s Association. During her nearly thirty-five-year career in K-12 education, she has worked to create pathways of success for underserved students and to inspire excellence in that teachers that she led as principal in the Fallbrook Union Elementary School and Oceanside Unified School Districts. Her dedication and service earned her recognition from the California League of Middle Schools as well as the California School Resource officers Association.

While Clendening is now retired, she continues to work with OUSD as a consultant for their parent outreach programs, working to close achievement gaps and prepare students to be college and career ready.

One nominator wrote, “Raye inspires others to act with her selfless spirit. She is proud of her heritage and passes that on to the community. She is influential in a positive manner and sets an example for others to respect and imitate. As a leader she is a role model with a meaningful impact on North County and the community at large.”

“For many years I promised myself that I would be a participant in Leadership 2000 and later Leadership North County,” reflected Clendening. “I was pleased to be part of the Class of 2013. What a great group of leaders!  I am working to put the education, skills, relationships and passion that I took from Leadership North County into activities that I care about in my community.”